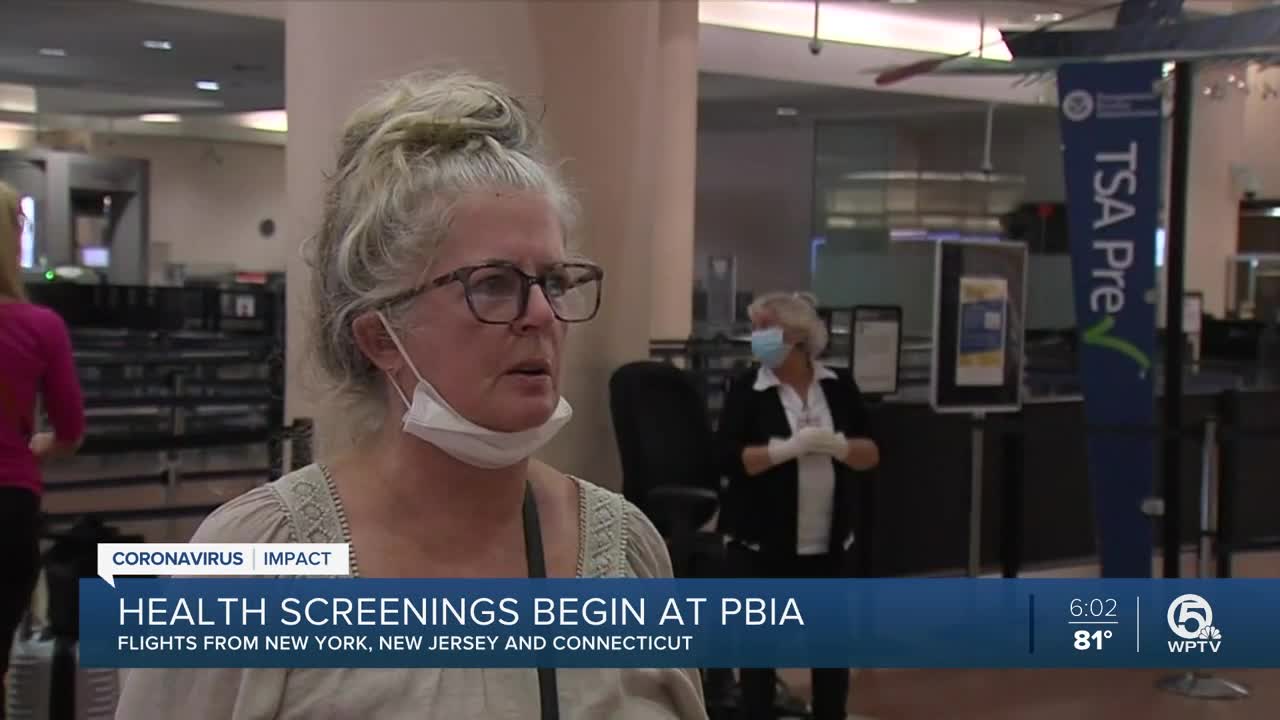 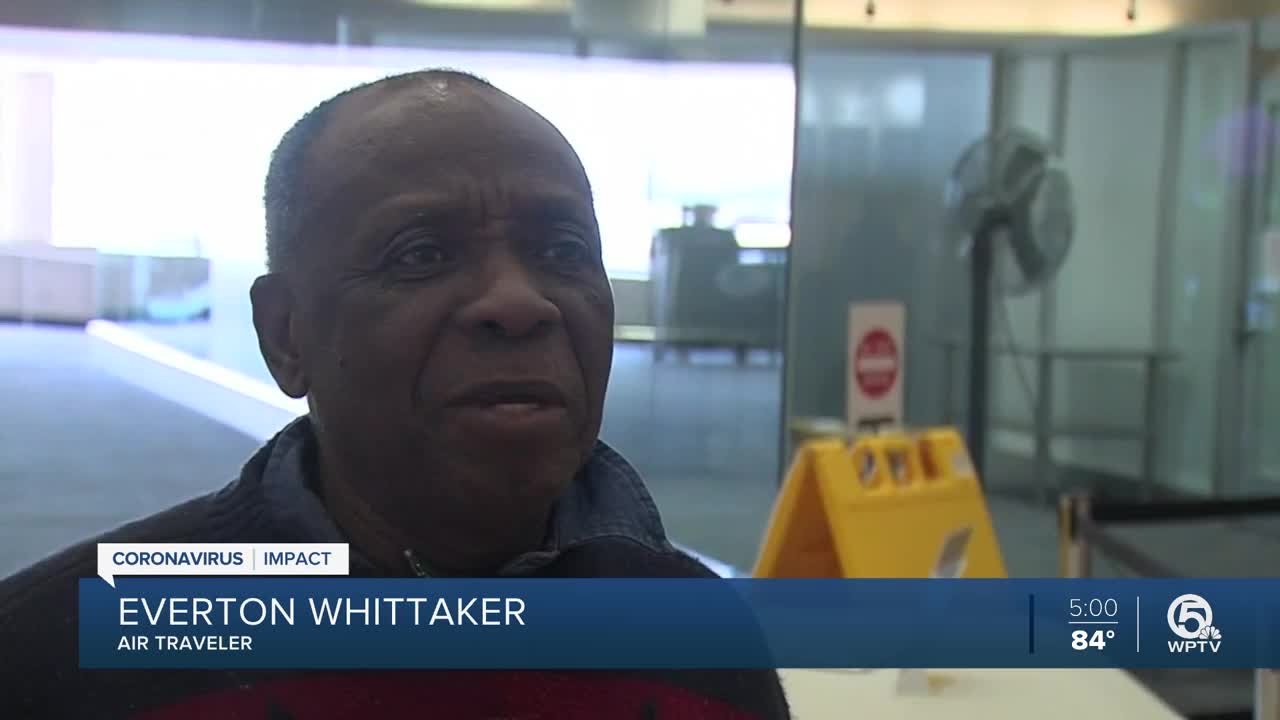 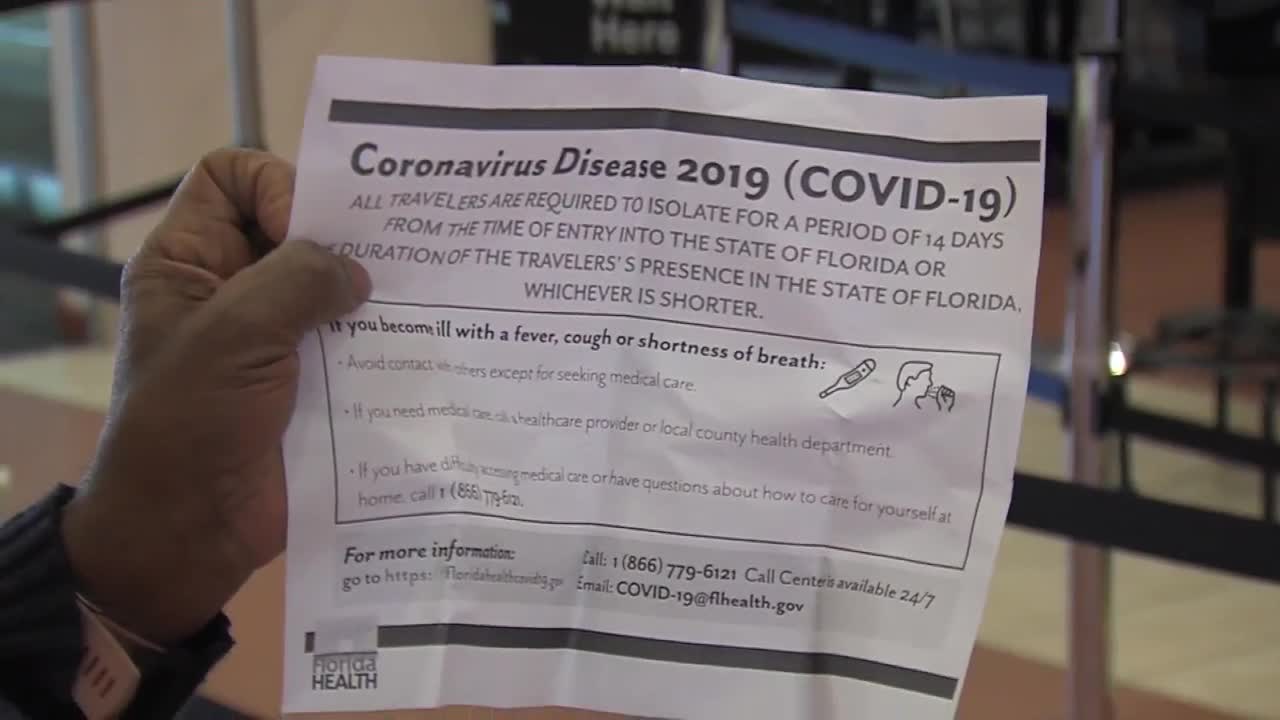 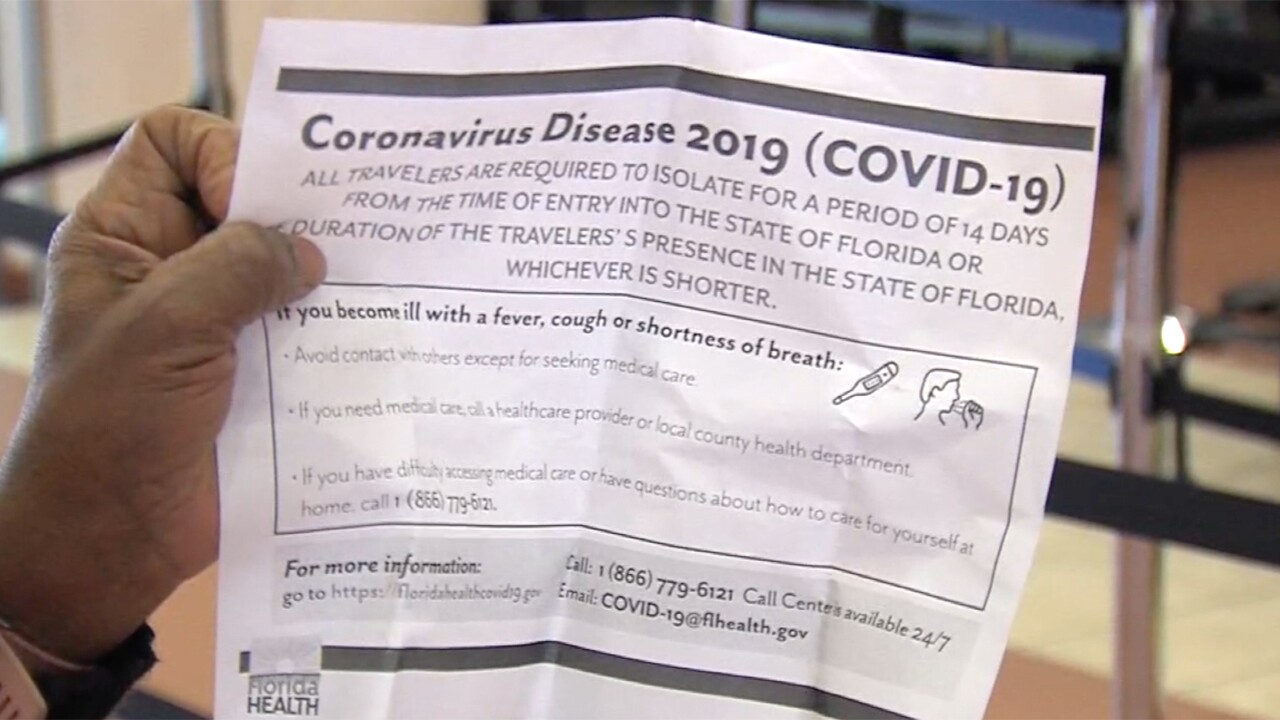 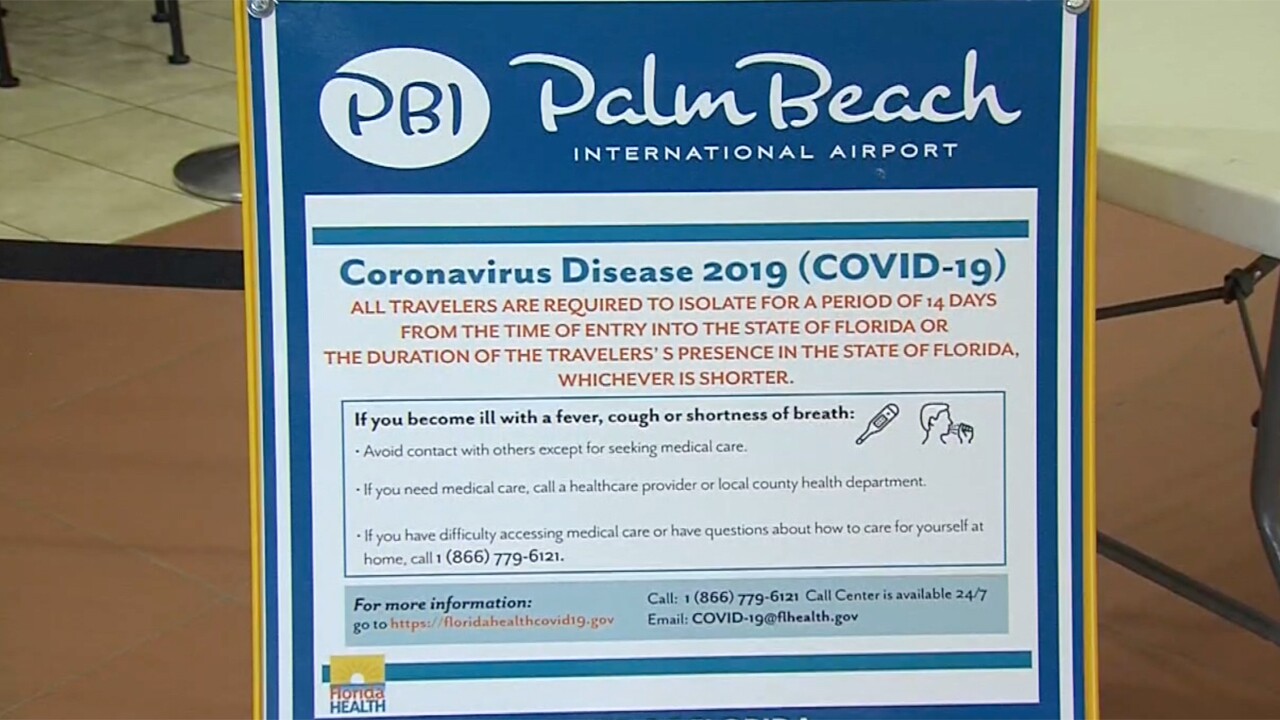 This is part of the new executive order issued earlier this week by Gov. Ron DeSantis in an effort to combat the coronavirus.

MORE: Latest news on the coronavirus

Shaw said when passengers arrive in Florida, each "traveler or responsible family member (if traveling as a family) will be required to complete an airport traveler form. The form requires key information related to the traveler's history including contact information and trip details be provided to DOH."

Restrictions and fears over the COVID 19 virus have significantly slowed air travel. Planes arriving at PBIA on Thursday had very small numbers of passengers, some with less than a dozen on board.

WPTV spoke with a few passengers Thursday who said they were given the questionnaires while in flight and had to finish them before landing.

Everton Whittaker, a Palm Bay resident arriving Thursday from the Newark, said a flight attendant gave him "several sheets" of paper with questions such as if you have a departing ticket, where you live, where you traveled to and also requesting to self-quarantine for 14 days.

Whittaker was traveling from London and connected through Newark before flying to PBIA.

“This thing is running rampant. It’s crazy.The whole world is shutdown,” said Whittaker. “When I landed in Newark from London, they took my temperature, but not arriving at PBIA."

Jackie Stasonis arrived on a flight from Westchester County, New York, and was going to her home in Vero Beach.

“I think (the screening) was more about if I didn’t live here, like if I was a visitor,” Stasonis said. “I live in a 55 or older community, so we’re all doing that anyway,

The new executive order in Florida requires anyone traveling by airplane from the New York City area to Florida, or anyone who's traveled to Florida from that area in the last three weeks to self-isolate for 14 days.