Empowerment and loss the focus of women's leadership panel

'We have to continue speaking and listening to our truths' 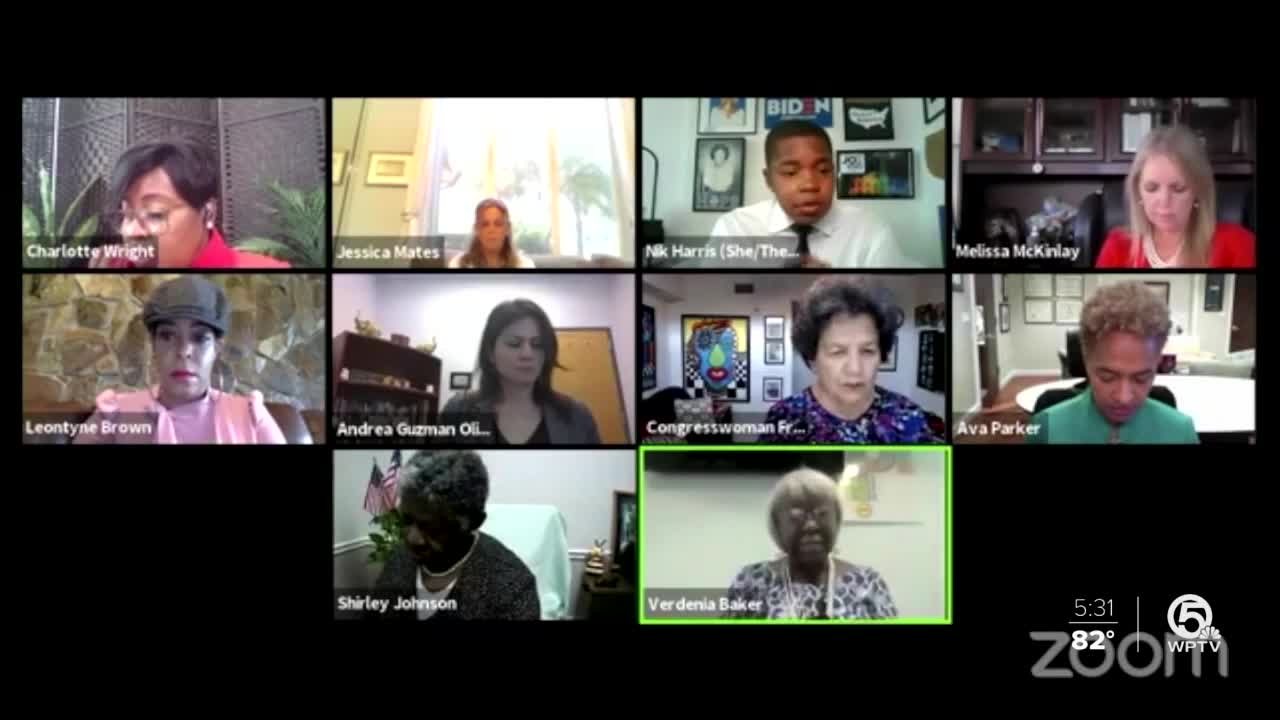 Over the summer, state and local female leaders created a virtual seminar to tackle racial injustices.

WEST PALM BEACH, Fla. — Over the summer, state and local women leaders created a virtual seminar entitled As Women, As Leaders to tackle racial injustices. And after a summer of over 10,000 national demonstrations, they gathered yet again to continue the dialogue on race in America and how it impacts Florida.

In the fourth installment of the As Women, As Leaders series led by State Sen. Lori Berman, there was a conflicting mood of empowerment and loss.

“We have to continue speaking and listening to our truths,” said Sen. Berman. “We have to keep marching for peace and justice because there is still so much wrong with our institutions.”

The first three panels, held in June and July, included a diverse group of female community leaders, from clergy, elected officials at various levels of government, academia, and law enforcement. The title of Friday’s fourth panel was “Continuing the Dialogue Around Race in America.”

”We politicized the wearing of a mask. Our governor is attempting to criminalize protesting and we’ve lost the black panther John Lewis and Ruth Bader Ginsburg in the same year,” said Nik Harris, LGBTQ consumer advocate for the Florida Department of Agriculture and Consumer Affairs. “2020 is a hot mess.”

The latest panel tackled the governor’s proposed protest bill that increases penalties for violent and disorderly assemblies. And brought up questions about why no officer was charged in the killing of Breonna Taylor.

“A Kentucky grand jury did not provide justice for Breonna Taylor and instead gave more legal rights to the drywall of a neighboring apartment than an innocent unarmed black woman,” Sen. Berman said.

”We all know that until we have diversity, equity, and inclusion in all levels of government and all businesses we’re still going to have inequities,” Baker said.

To view "Continuing the Dialogue Around Race in America” in full, click here.

Previous discussions are below:

“As Women, As Leaders: A Discussion about Racial Injustice” (June 5)

“As Women, As Leaders: Identifying a Plan Action for Racial Justice” (June 19)