Demonstration organizers unsettled by legislation to crack down on violent, disorderly protests

'Far more things we should be worried about,' local protester says 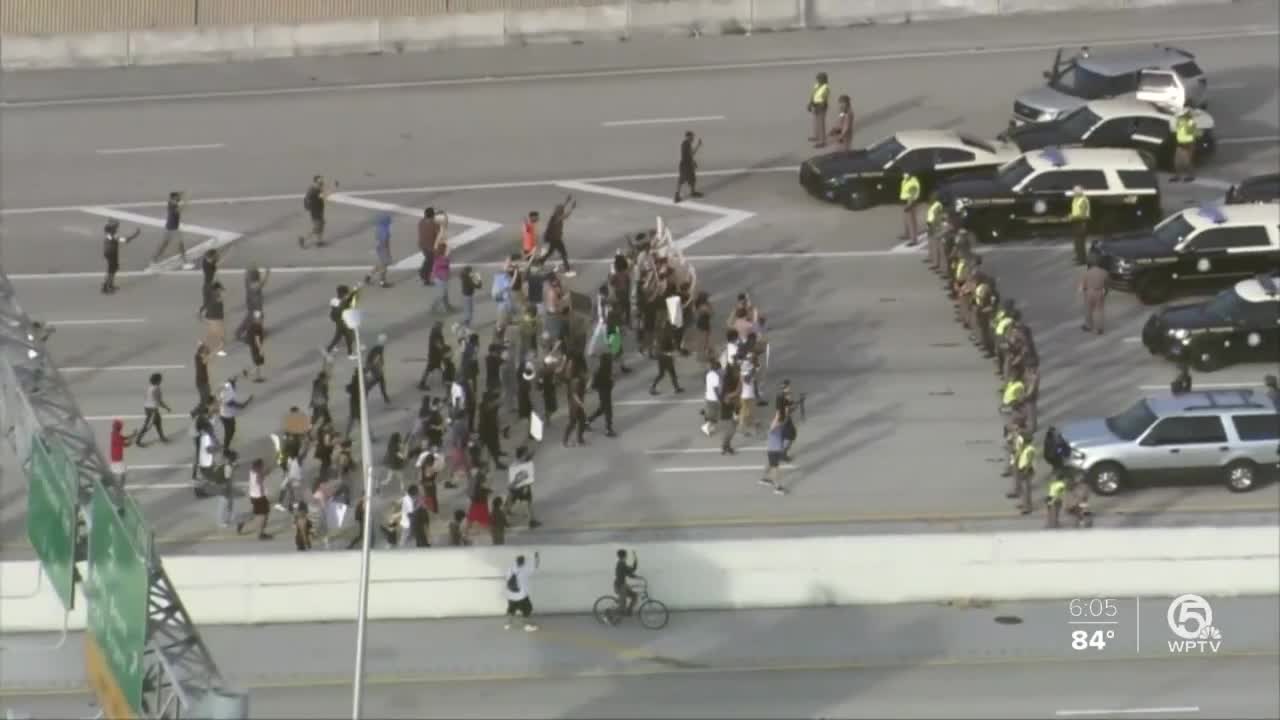 WEST PALM BEACH, Fla. — Florida's governor wants to crack down on violent and disorderly protests that shut down roads and threaten the safety of the public and law enforcement officers.

Gov. Ron DeSantis announced the creation of the Combating Violence, Disorder, and Looting and Law Enforcement Protection Act, which needs to be voted on by the state Legislature.

It includes the proposal to make it a third-degree felony when groups assemble and cause damage to property or injury to other persons. Also, when demonstrators obstruct traffic during un-permitted protests.

Additionally, it calls for a second-degree felony when monuments are destroyed or toppled.

Law enforcement associations already support the legislation, and the governor says he is pushing lawmakers to pass his measure as soon as November.

"My initial reaction was there are far more things we should be worried about other than protests," said Pierre Weidmeyer, founder of the Reformers Movement.

Over the summer, Weidmeyer organized eight protests against social injustices in Palm Beach County, and he has another scheduled for Oct. 10. He said the mission of his group is to bridge the gap between law enforcement and low-income communities.

Weidmeyer and other demonstration organizers have concerns about increased penalties and language that would make a driver not liable for injury or death caused if fleeing for safety from a mob.

"It's a really gray line to draw. It's a broad stroke," said Mark Anthony Parrilla, a Lake Worth Beach resident who organized a vigil for George Floyd in late May. "Give us a little more credit than what is packaged and extruded out to create this inflammatory sense of this panic."

More than 10,100 of these -- or nearly 95 percent -- involved peaceful protesters, the report said. Fewer than 570 involve demonstrators engaged in violence.

Moreover, the report states, in many cases, violent and destructive demonstrations targeted statues and monuments that represent the country's legacy of racist violence.

The report also shows Black Lives Matter demonstrations, more than 9 percent, were met with government intervention, compared to 3 percent of all other demonstrations this summer.