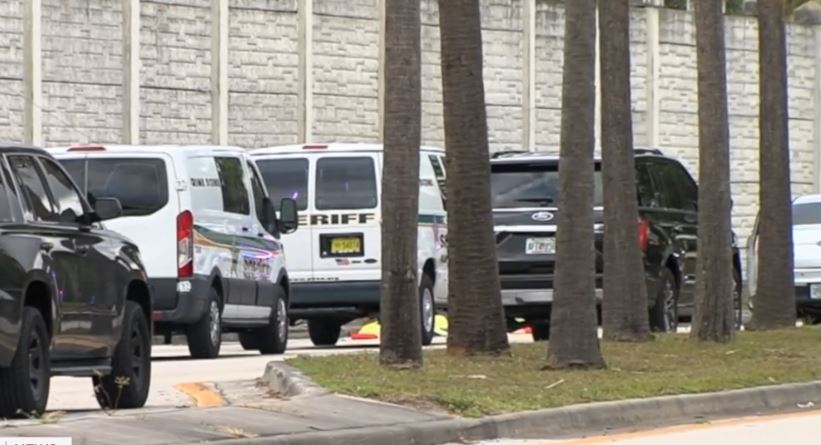 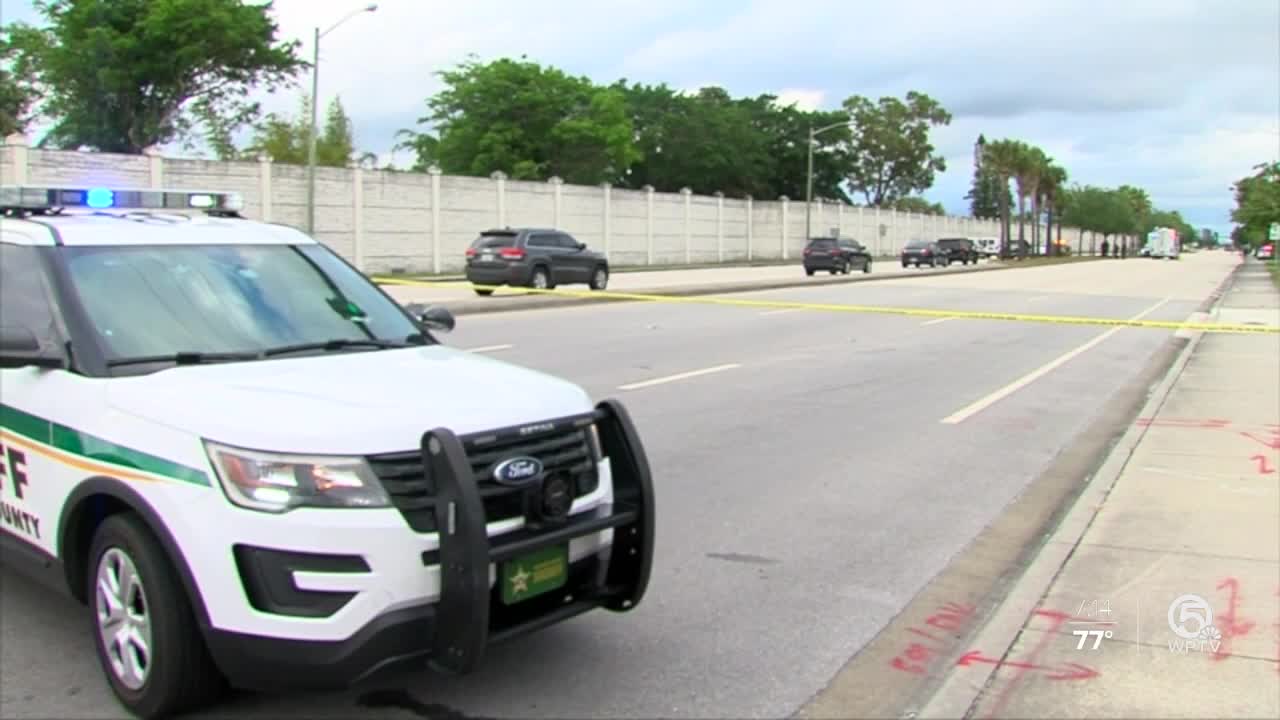 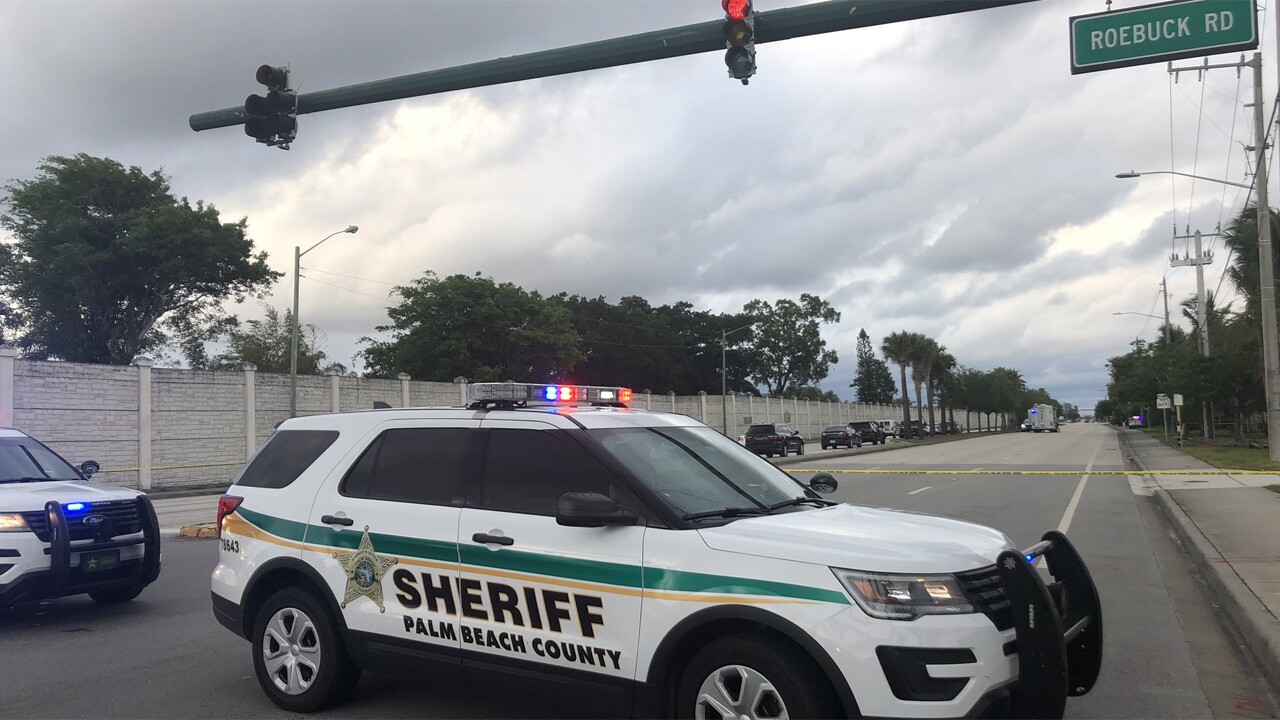 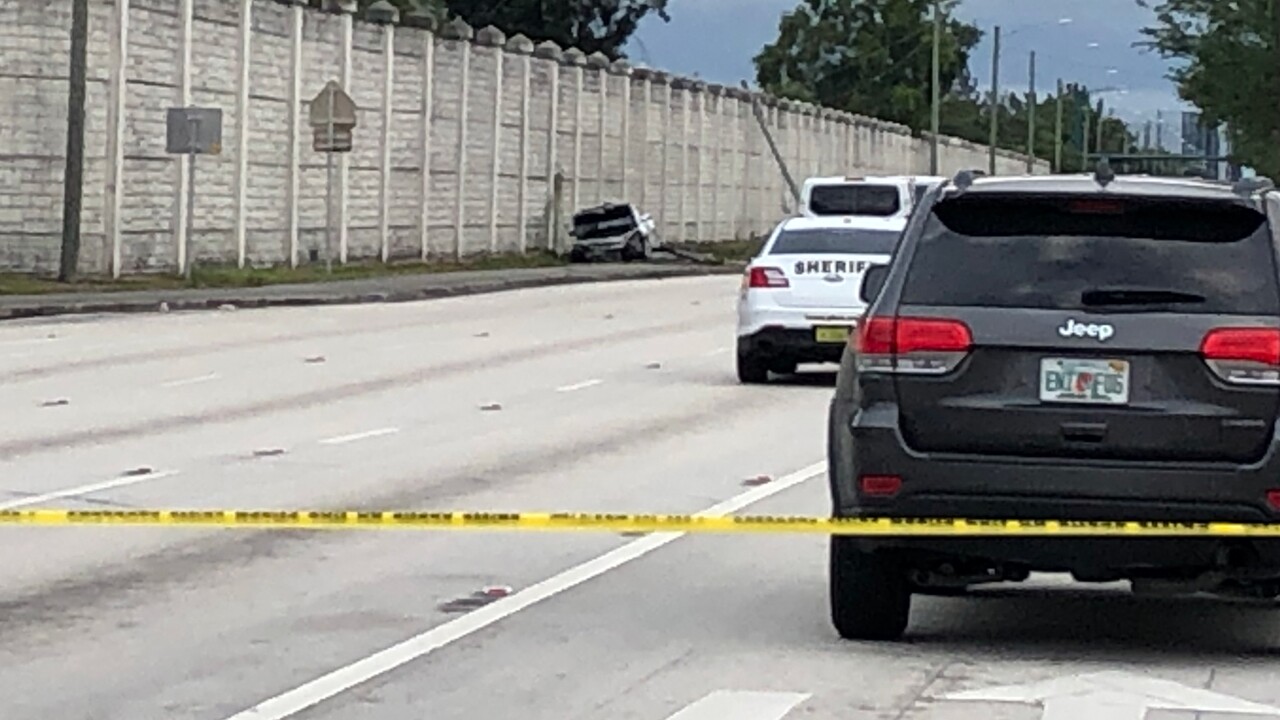 The Palm Beach County Sheriff's Office said a deputy response to a single-vehicle crash Monday near West Palm Beach has turned into a homicide investigation.

At 4:30 p.m., deputies responded to the wreck in the southbound lanes of Military Trail north of Roebuck Road and found a man dead in the road.

They later found his vehicle had several bullet holes in the doors.

Deputies said it appears the victim was shot a short distance away, lost control of the vehicle, crashed into a power pole and was ejected from the vehicle.

As of 6 p.m., northbound and southbound lanes of Military Trail were shut down between Roebuck Road and Windsor Way.

Anyone with information about the shooting should contact Crime Stoppers at 1-800-458-TIPS.

The name of the victim has not been released.

Military Trail remains block between Roebuck Rd and Cumberland Dr as @PBCountySheriff investigates a homicide. Dozens of people are gathered on the corner and parked along the road bc they are told they cannot go home due to active crime scene. @WPTV @FOX29WFLX pic.twitter.com/skOZFDmjmq

.@PBCountySheriff investigating a homicide on Military Trail North of Roebuck Rd in WPB. PBSO says deputies found a man dead in the road + his car had several bullet holes in the doors. They believe the victim was shot, lost control, crashed into a pole and was ejected. @WPTV pic.twitter.com/YDBW8n4Fm3