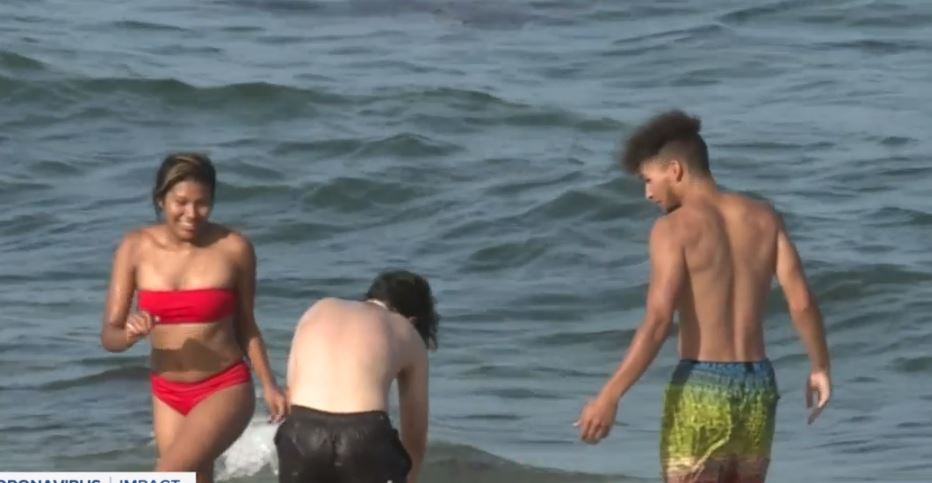 The surge in coronavirus cases had some South Florida communities not only rethinking Fourth of July plans but, in some cases, reversing course.

WEST PALM BEACH, Fla. — The surge in coronavirus cases had some South Florida communities not only rethinking Fourth of July plans but, in some cases, reversing course.

Kerner and the rest of the commissioners will shut down the 40 miles of beaches within the county.

"There's a lot of public pushback that is loud, but the silent majority understands that we need to get through this together," Kerner said. "The beach will be after the weekend."

It's a move met with mixed reactions.

"I think it's a good idea because July Fourth is coming," Arianna Barzanga said. "If anybody does have it without knowing, it's going to spread more."

RELATED: Even with beaches closing, some businesses benefitting this Fourth of July weekend

Emile Lawrence had a different opinion.

"I feel like closing the beaches wouldn't cause anything but separation because we're just trying to come together with friends and family," Lawrence said.

Kerner said county leaders don't want a surge of visitors from the south where beaches are already closed jeopardizing our public health.

Right now, boat ramps will be left open. The rules for flotillas or boats linking up will be enforced.

"There will be increased Florida Wildlife Commission officers on the water," Kerner said. "All the marine units from the sheriff's office and local police departments, they'll be out enforcing, I promise you that."

He said from a COVID-19 perspective, the number of cases is not where they want in the county.

"We're starting to see a turn where, yes, the amount of aggregate cases is rising and we expected that, but our ICU capacity, our admissions to the hospital, our general admission to the hospital and deaths are declining," he said.

Kerner said it can be managed if everyone remains focused on not spreading the virus.