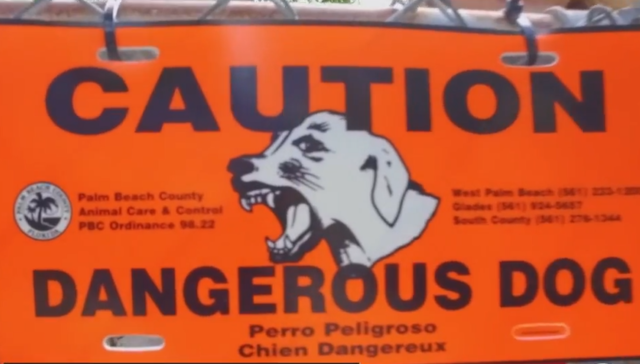 You may know to give a command like “sit” or “get down,” but if an aggressive dog is coming for you, your children, or your pets, there are three other things you can do keep the animal from biting. Contact 5 Investigator Merris Badcock looked at dog bites in Palm Beach County and found retribution for vicious attacks is not always as easy as giving a command. 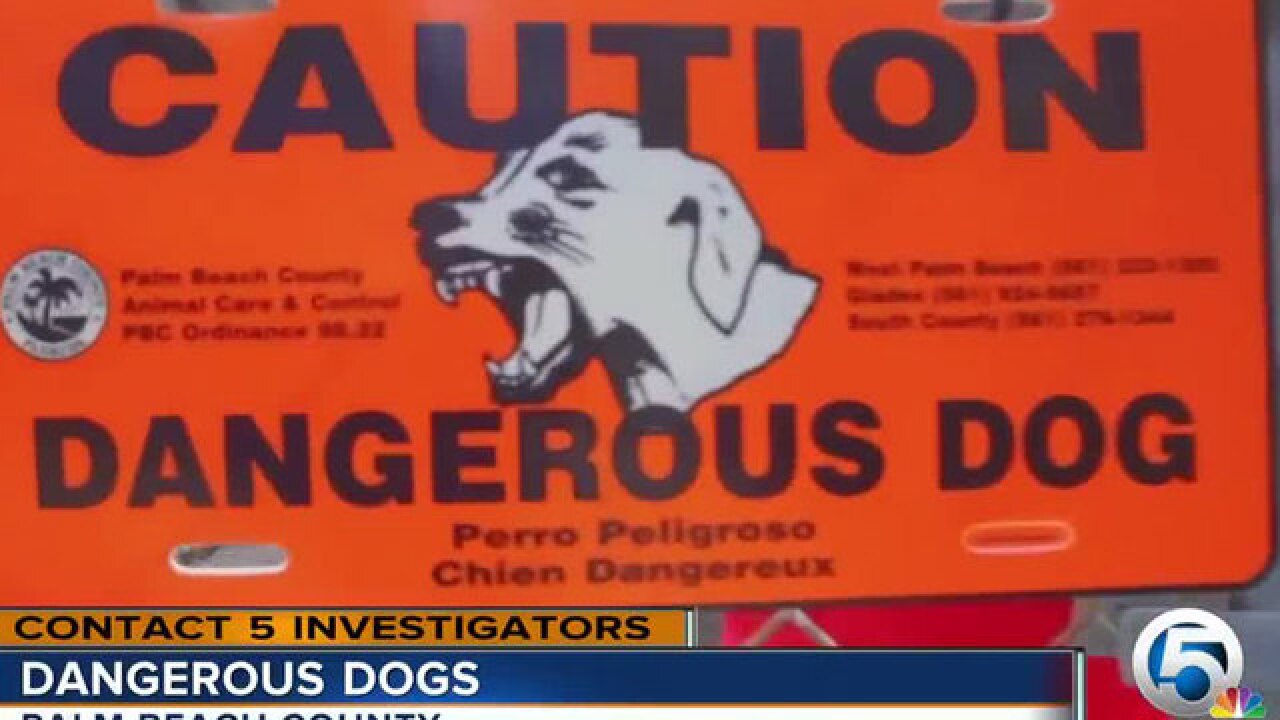 An attack one Lake Worth woman never saw coming would change everything she knew about being a responsible dog owner.

“It happened so fast. The dog was out and on Oliver – it was seconds,” Amy Freeman said, clutching her dachshund Oliver close to her chest.

Freeman was walking Oliver in her neighborhood when she decided to speak to neighbor.

“I knocked on the door. A young girl answered, and the dog just came running,” said Freeman.
In one lunge, an 85-pound pit bull had her jaws around Oliver.

“I panicked. I don’t think I was thinking. I screamed,” said Freeman, who noted the pit bull had to be tased four times before finally letting go of Oliver. “It was just so aggressive I stopped looking.”

Oliver survived, but the attack almost killed him. “He had over 40 stitches, four drains and torn trachea,” Freeman said.

Most dangerous dogs by breed. Keep scrolling to learn how to protect yourself from aggressive animals.

Oliver’s battle was over, but Freeman began to hear about other attacks by the same pit bull. Some were not reported to Palm Beach County Animal Care & Control.

“I did not have any idea that they had a dog that had been aggressive or had attacked before,” Freeman said.

A loophole in state law prevented other attack victims from taking action, and it was about to affect Freeman’s campaign to get the pit bull classified as a "dangerous dog."

Florida law says animal care and control can classify dogs as "dangerous" if the animal severely injures a human once. But dogs who attack pets cannot be labeled dangerous unless they attack twice, and off the dog owner’s property

“Had we been six inches further on the sidewalk then it would have been a different story,” Freeman told Contact 5 Investigator Merris Badcock. “I was just so shocked that something so vicious had no response.”

“The state law and the county ordinance are very clear,” said Capt. David Walesky with Animal Care & Control. “For us to put these mandates on a dog and move forward with the classification, the incident has to occur off the owner’s property."

But Palm Beach County Animal Care & Control has tried to do more. Which is why just one attack against a pet will get a Palm Beach County dog classified as "aggressive" --  a precursor to the dangerous classification. However, those attacks must happen off private property too.

Contact 5 found last year there were more than 1,700 dog bites in Palm Beach County, but less than 100 dogs on the dangerous dog list.

(Scroll down to see where the dangerous dogs are in your neighborhood.)

“You’ve got to keep in mind, a lot of those bites were minor bites that happened inside the home where a person was bit by there own dog," said Walesky.

However even Walesky admits sometimes those bites are serious, even fatal.

While digging through dog bite data for this story, Contact 5 found a fatal dog attack in Lake Worth which happened earlier this year. Authorities believe two family dogs attacked 41-year-old Grace Walks, a woman who knew the animals and loved them. Walks later died and the dogs were euthanized.

So here is how you feel safe: if a dog is coming at you in a threatening way D-O-G-S.

Most importantly, report all animal attacks.

“We need people who are willing to go the distance and come into the courtroom with us, and make sure that whatever it is that we are able to do, is upheld legally,” said Walesky.

“Put signs up to warn people, make sure that your dog is contained, but really, for people like me, report it,” said Freeman. “My fear is there is going to be a day before this dog does not attack a child. I do not want to read about it and say I cannot believe I did nothing.”

Look for the dangerous dogs on your street with the interactive map below.