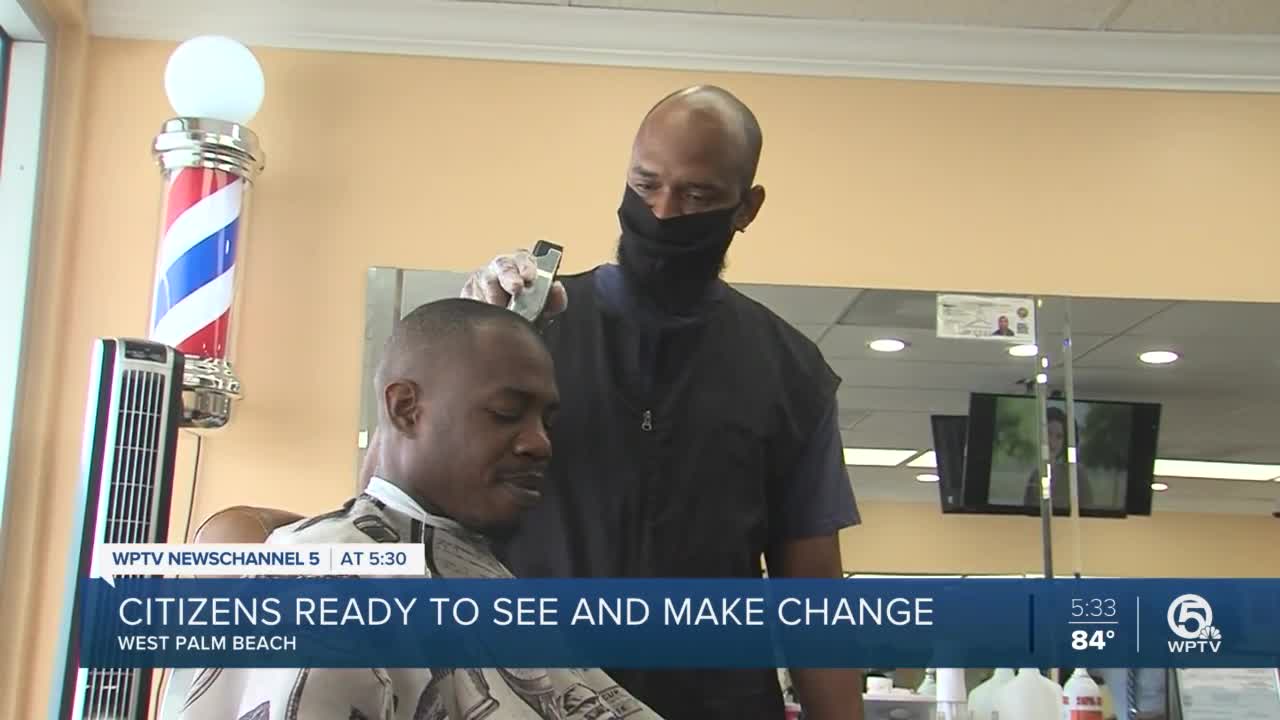 At Sophisticated Barbershop, customers offer their thoughts on the protests occurring in America.

After a weekend of protests in South Florida, residents are more unified and ready to see and make change.

At Sophisticated Barbershop in West Palm Beach, you can expect a tight fade and a hard dose of reality.

Harriston’s client, 17-year-old Daquon Barnes, said the recent protests are synonymous with the type of social change he learned about in school that’s leaped out of the history books.

“It’s boiled over. The anger and rage in people has kind of come out,” said Barnes.

In fact, many protesters are part of a national call for ending systemic and institutionalized racism and police brutality are fueling a younger generation of proponents like Barnes.

He already has aspirations to become a U.S. marshal.

“I honestly want to help the community and take as many bad guys off the road as possible,” Barnes said.

”[Derek Chauvin] putting his knee down on [George Floyd’s] neck — that was a symbol of him holding us down and standing on our neck. We can’t breathe,” said DeAndre Span, Headliners Barbershop customer. “We’re going to breathe now.”

The takeaway from visits to neighborhood hubs was when it comes to social change “silence equals consent.”