Anti-Defamation League: Unacceptable for ex-CareerSource board member to use Holocaust imagery 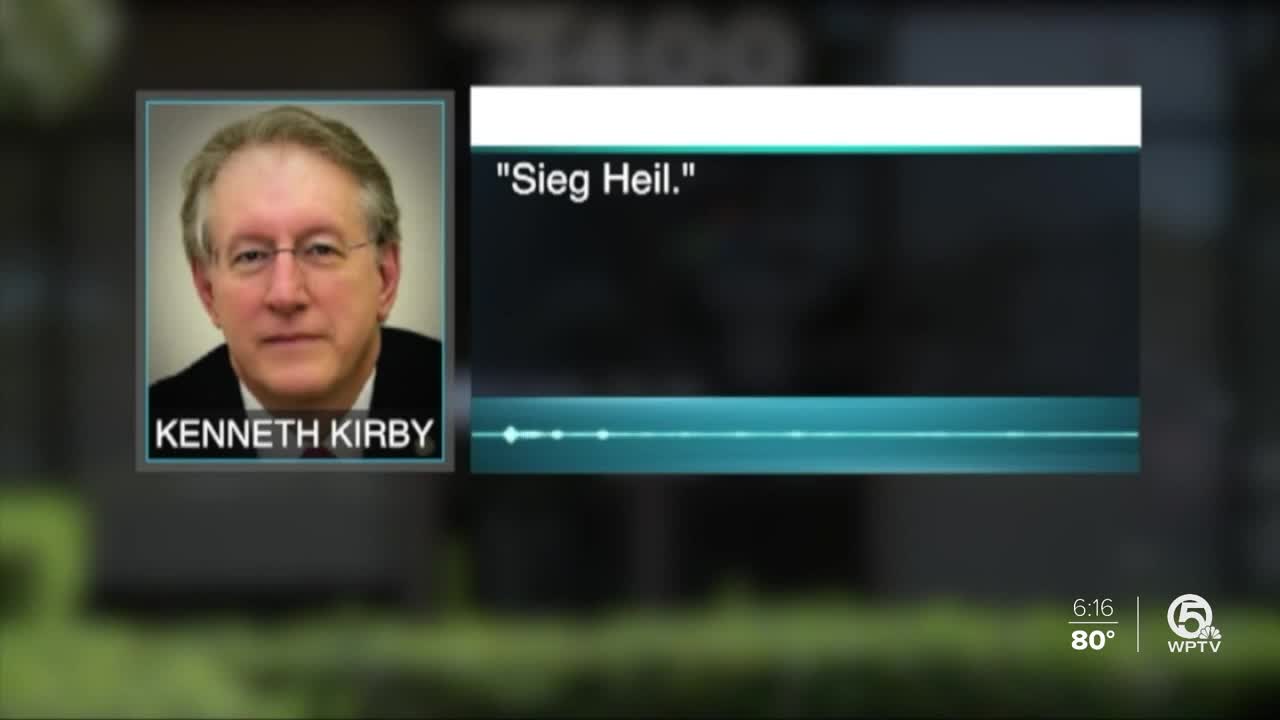 PALM BEACH COUNTY, Fla. — A leader of CareerSource Palm Beach County stepped down earlier this week when he used the phrase “Sieg Heil” to protest the audio recording of a meeting.

In his letter of resignation, former CareerSource board member Kenneth Kirby said he made his statement to provoke a response.

“We are sending a message clear and resounding, that we will not accept that kind of expression in our society,” said Yael Hershfield, the deputy regional
director for the Anti-Defamation League’s Florida Office.

She is angry at what happened at a CareerSource Palm Beach County's meeting last week.

It started when a board member said, after an outside review of the agency found poor record-keeping, a new measure would be taken.

“This has come down from the state of Florida, this meeting will be audio recorded,” said a board of director member on that audio recording obtained by Contact 5 earlier this week.

“Does it matter if we object?” asked Kenneth Kirby, who at the time was the chairman-elect of CareerSource’s Board of Directors.

When Kirby learned there was no stopping the recording, witnesses say he made a Nazi salute and said, "Sieg Heil.”

“To use Holocaust imagery, the way he did at this meeting, is unacceptable,” said Hershfield. “Completely unacceptable.”

Unacceptable Hershfield says, from someone in a leadership position of an important agency created to match job seekers with local employers.

That's why the ADL Florida's Deputy Director says this incident needs scrutiny, especially when the man elected to be the agency's next board chairman makes a statement like “Sieg Heil.”

After Contact 5 started looking into the story, Kenneth Kirby resigned from CareerSource’s board.

But the ADL says Kirby should make a public apology.

“A statement that says, 'My expressions were wrong. The way I expressed myself was wrong,'" added Hershfield.

Kenneth Kirby did release a statement after his resignation, but it didn't include an apology.

He did not respond to WPTV's request for a comment on Thursday.