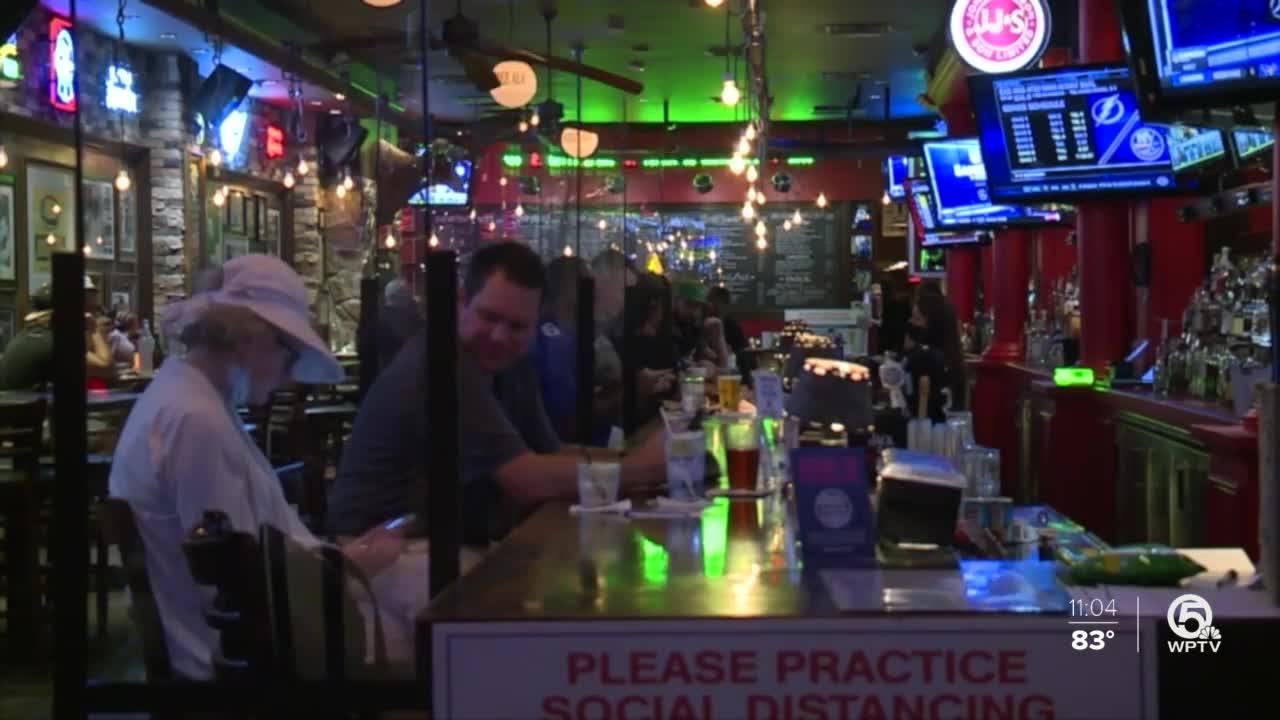 Football, whether it's college or pros, is a boom for Grease and this weekend was no different.

"What do you think of your partitions?" he asked.

The restaurant shut down for five weeks because of the coronavirus. The eatery opened back up in April and has been adjusting ever since.

"When the mask mandate happened back in Phase One, sales dipped and then that went away recently, and people started feeling more comfortable going out and Phase Two's been good," Greist said.

Earlier restrictions in Palm Beach County banned restaurants from serving food and alcohol between the hours of 11 p.m. and 5 a.m.

But just before the county entered Phase Two last week, county commissioners extended hours of operation for restaurants until midnight.

Football, whether it's college or pros, is a boom for Grease and this weekend was no different.

"We had a full restaurant. We were at capacity. We had people outside waiting," Greist said.

There are fans who are happy to watch at their favorite spots.

"I think once more people realize how many precautions are actually being taken in places like this, they will start coming back out and it's important that they do," Patrick Ebert said.

"Went out yesterday to the local Duffy's and it was just good to see everybody," he said. "Lot more crowds out and just a different vibe than what we've seen in the past four months."

And then there are folks who said it isn't worth the risk.

Greist said he's happy for the added hour of business and is hoping to put the pandemic behind him.

The issue of additional hours could be taken up Tuesday as county commissioners will meet again.