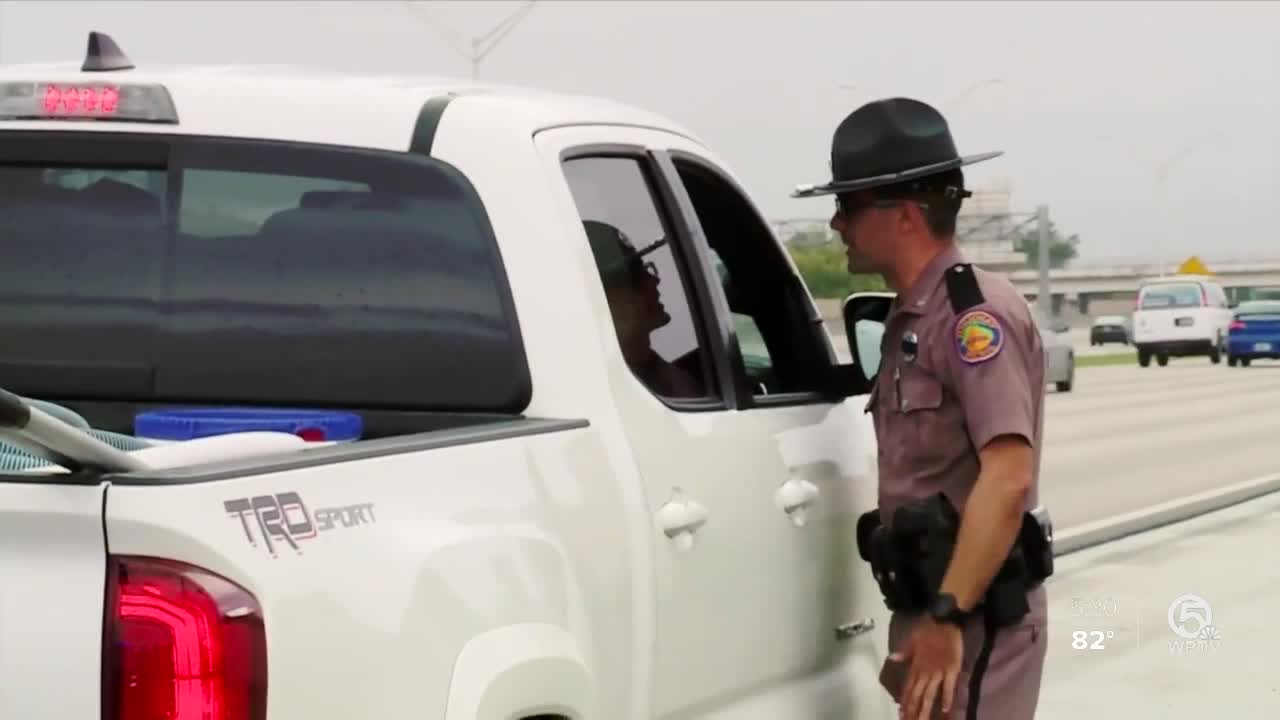 The warning period is over. Since New Year's Day in Florida, law enforcement officers have been citing drivers, instead of handing out warnings, for texting and driving on roadways. 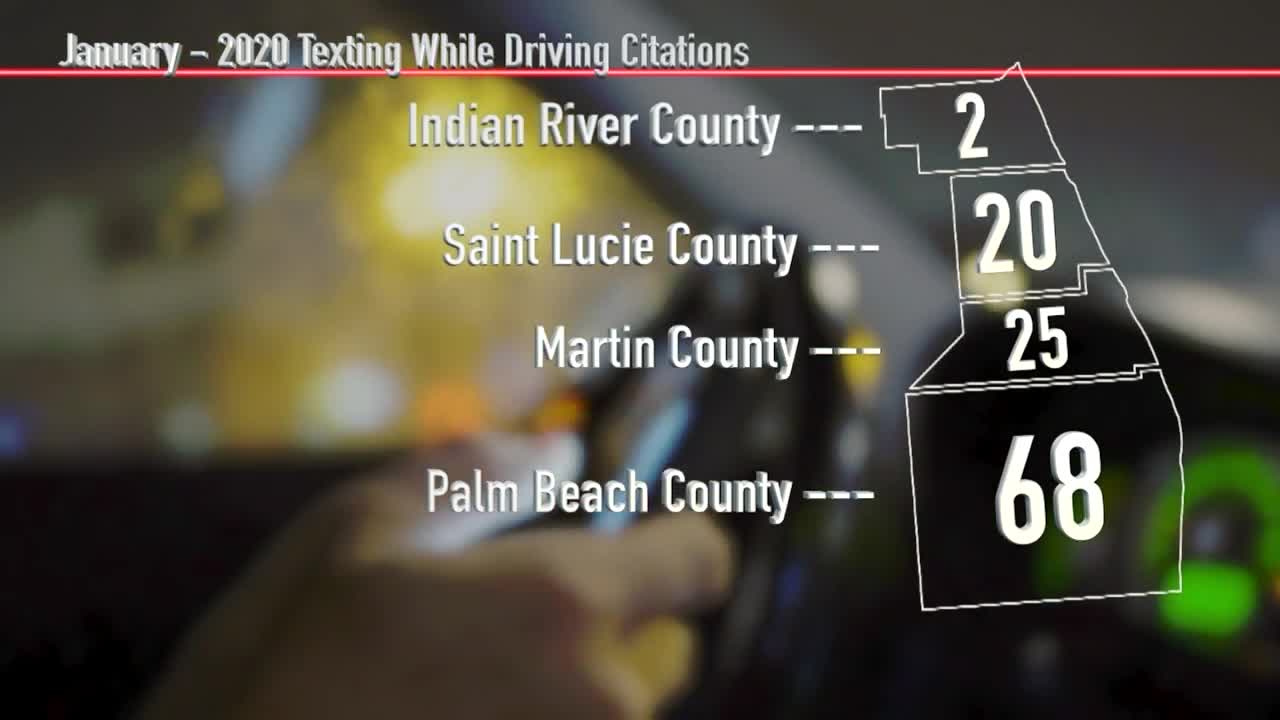 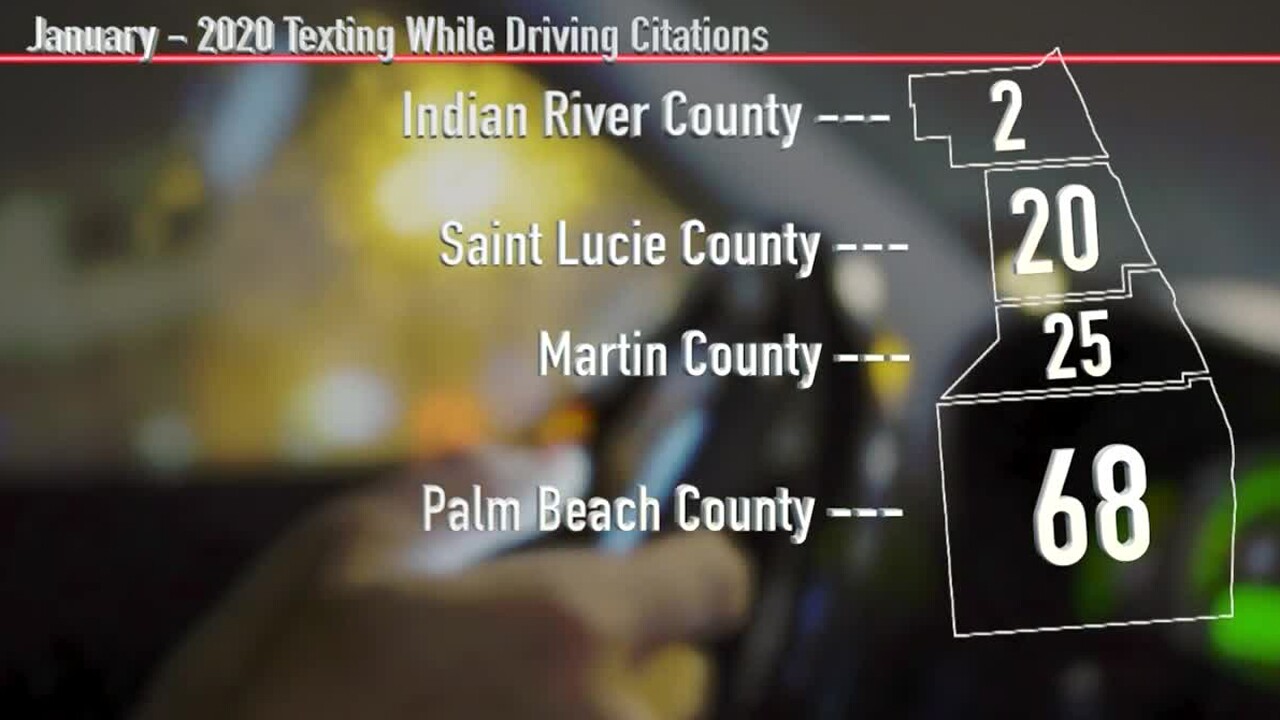 WEST PALM BEACH, Fla. -- The warning period is over. Since New Year's Day in Florida, law enforcement officers have been citing drivers, instead of handing out warnings, for texting and driving on roadways.

"It doesn't matter if they aren't on the interstate. We educate them everywhere," said Trooper Ernesto Hernandez with the Florida Highway Patrol.

Hernandez, with two years of service under his belt, says he's already written more than 300 citations since the law was passed.

"I think it's a great thing that they passed [the law]," Hernandez told Contact 5 investigator Merris Badcock. "On a daily basis, you can drive the road, and you can see people on the roads, weaving in-and-out of their lane, nearly hitting other vehicles. When you talk about the incidents and the car accidents that have happened due to this incident, and people that have lost their lives, it’s pretty serious."

Contact 5 looked at texting and driving citations in January 2020. We found a total of 115 drivers cited for texting while driving from Palm Beach County up through Indian River County.

Florida's anti-texting and driving law went into effect on July 1, 2019, but agencies agreed to give drivers a six-month educational period, handing out warnings instead of citations.

Now, law enforcement can stop drivers if they spot them texting while behind the wheel. Some, like Florida Highway Patrol Trooper Ernesto Hernandez, are done giving warnings.

"There's constantly people texting and driving," said Hernandez, after pulling over one driver.

A citation for texting while driving costs a driver $30 plus court fees, and a second offense will cost $60 plus court fees and tack three points onto a driver's license.

While Hernandez is busy educating the public, he says he's also learned from drivers.