Watching for beach erosion because of Hurricane Teddy 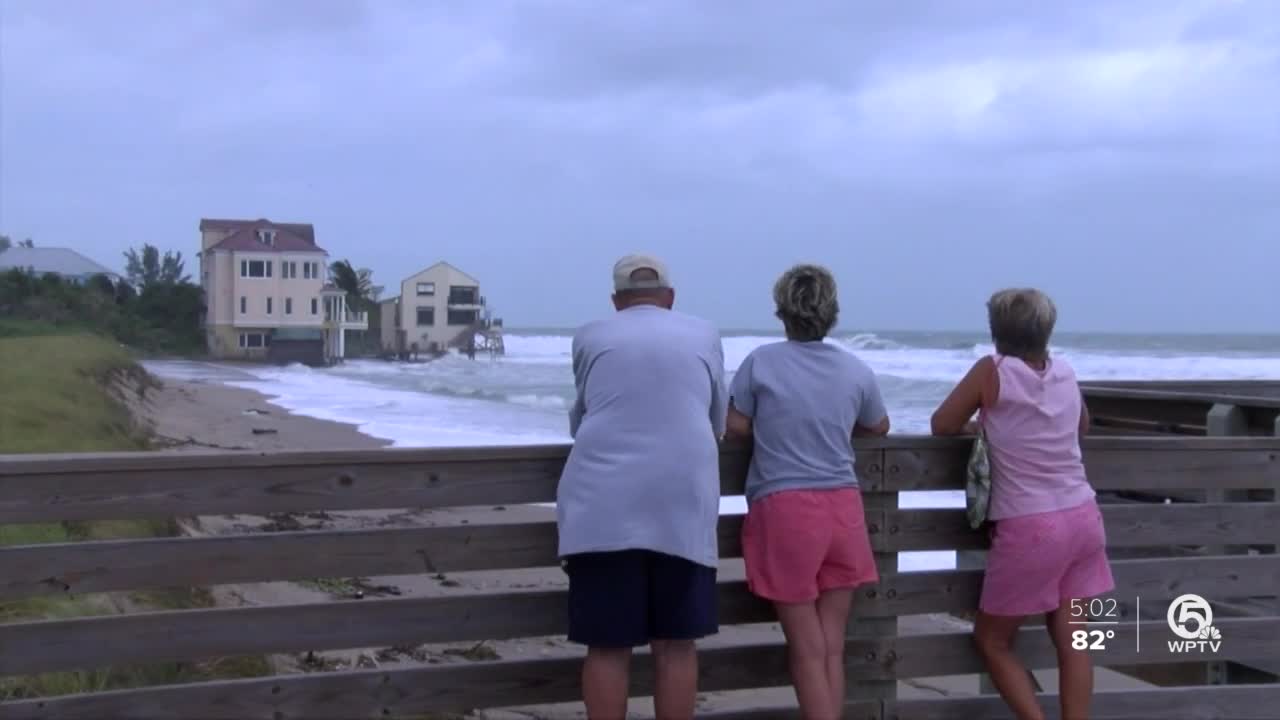 Hurricane Teddy is well offshore, but its’ energy is being felt along our coastline.

HUTCHINSON ISLAND, Fla. — Hurricane Teddy is well offshore, but its’ energy is being felt along our coastline.

But while many onlookers came out to admire the beauty, another watches cautiously.

“So when you get a nor’easter on top of those really high tides, we have problems”, said Fitzpatrick. “We’re losing the resi ience that the beach built up over the summer.”

While so far, the dunes are holding up, if this becomes a multi-day tidal event, Fitzpatrick there could be problems.

“Beaches are doing what they’re supposed to be doing. They’re sacrificing sand to guard what’s behind them and use up wave energy. But they only have so much sand to give up.”

Planning ahead, the county brought the lifeguard stands off of the stand, and into the parking lot.

Bathtub Beach had been closed for nearly six months after a series of storms last fall, and only reopened a few months ago.

A full beach renourishment project is slated for next spring.