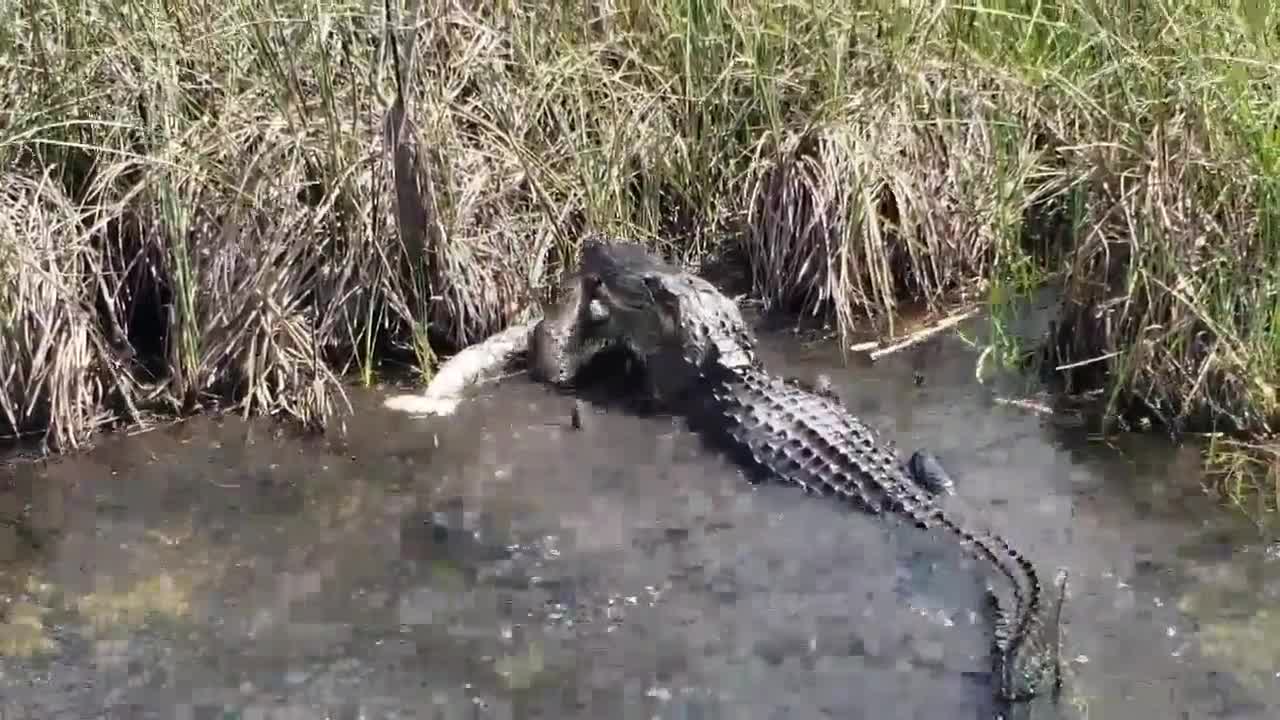 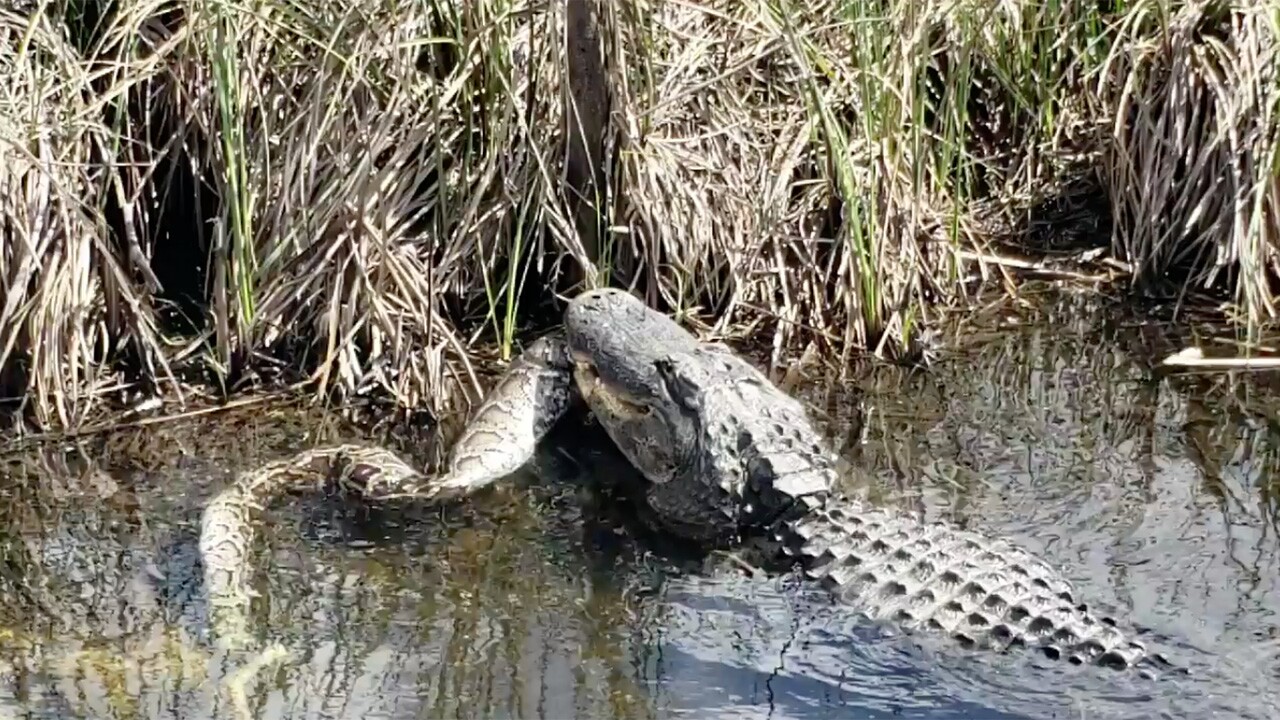 When it comes to the Everglades' apex predators, who will win in a battle between an alligator and a python appears to be a toss-up.

Last year we saw an alligator being rescued from a massive python by two men hunting the invasive snakes. In 2017, a Palm Beach Post reporter captured video of a python taking down a gator at Big Cypress Natural Preserve.

In the video Kruger posted to Facebook, he says the python was at least 10 feet long. It was shot at Shark Valley Visitor Center in Everglades National Park.

Run-ins like this are not uncommon in South Florida as the invasive Burmese python population continues to explode.

In last year's python elimination program run by the state of Florida, 25 hunters captured 1,000 of the invasive snakes.