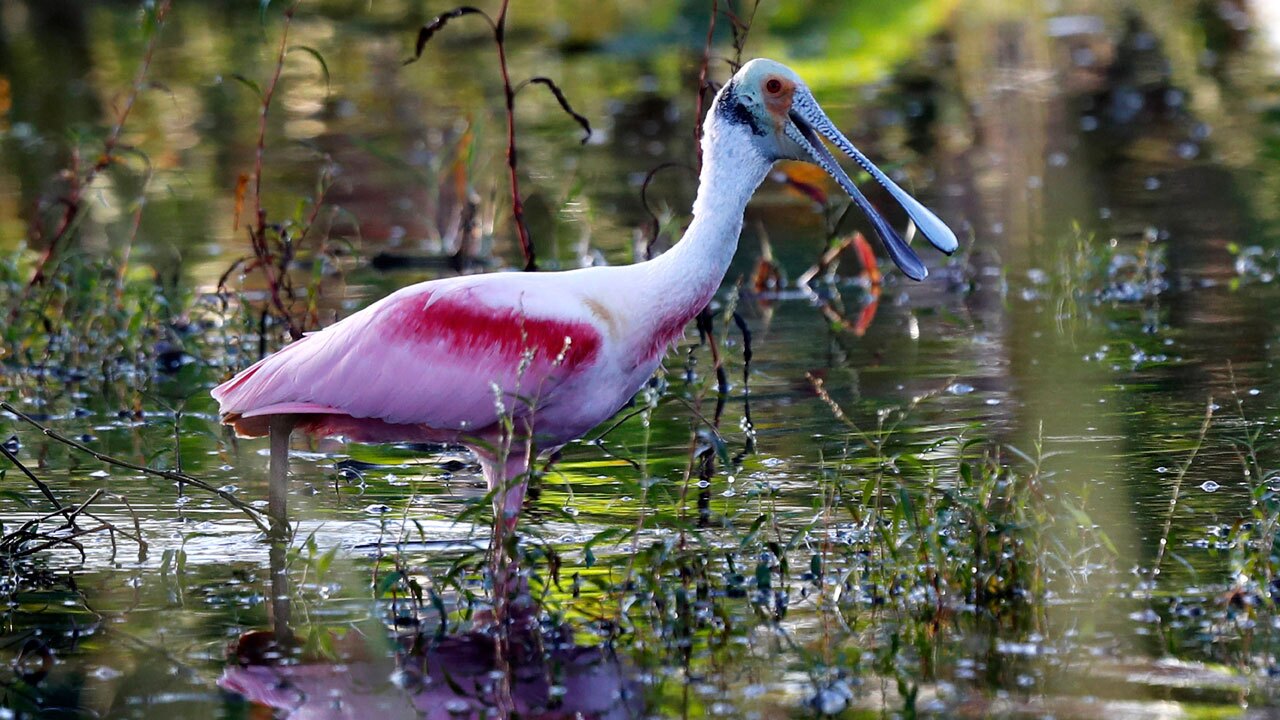 Associated Press
AP Photo/Robert F. Bukaty
In this Tuesday, Oct. 29, 2019, photo, a roseate spoonbill searches or food in a shallow wetland near Fort Myers, Fla. The species is listed as State-designated threatened primarily due to habitat degradation.

The move long sought by developers and Republicans removes key layers of federal scrutiny over developments projects that could make it easier for builders to obtain permits for construction projects on Wetlands.

The action by the U.S. Environmental Protection Agency came under immediate fire by environmentalists who vowed legal challenges, arguing that the state's inventory of wetlands are now at risk.

"This action sets a dangerous precedent that may lead to reduced protection of Florida’s wetlands and other surface waters," Florida Agriculture Nikki Fried said in a written statement.

The Florida chapter of the Sierra Club also decried the move, saying it severely reduces the longstanding protection of marshes, cypress forests, ponds and other wetlands under the Clean Water Act.

"Today's decision by the Trump EPA will lead to the destruction of many of Florida's remaining wetlands and will harm the state's wildlife and fisheries dependent on those wetlands for survival," said Frank Jackalone, Sierra Club Florida chapter director, in a statement. "The big losers will be millions of Florida residents whose quality of life will be greatly diminished."

However, Sen. Rick Scott applauded the move and said it will allow Florida to follow the state's permitting program standards.

"This designation is great news for the State of Florida –- it gives our state the ability to make the best decisions for our unique environment, with input from the public and environmental stakeholders. The duplicative rules on the state and federal levels were a waste of taxpayer dollars, and created confusion for everyone involved, which is why I fought to streamline this process. I will keep working to cut unnecessary government red tape and improve efficiency on every level of government, while also making sure our environment is protected for generations to come."

Florida accounts for about a fifth of the country's wetlands.

Authority over wetlands would shift to the state's Department of Environmental Protection just days before President-Elect Joe Biden is sworn into office.