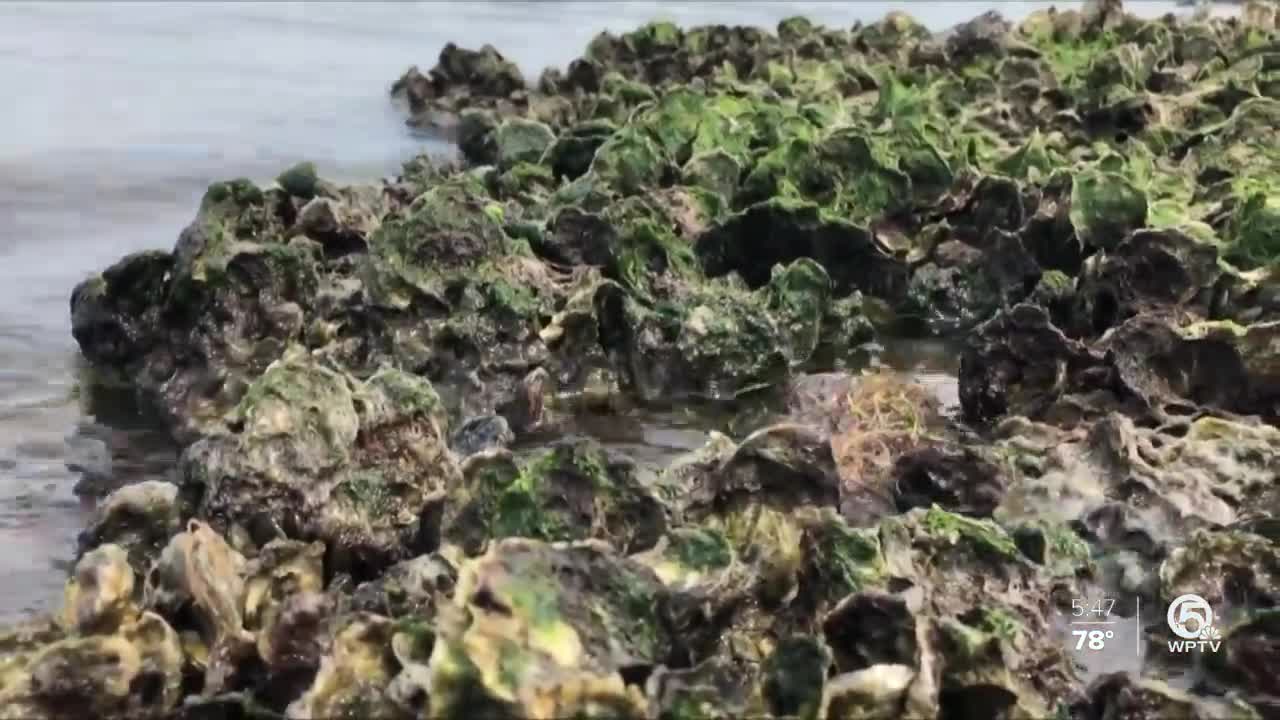 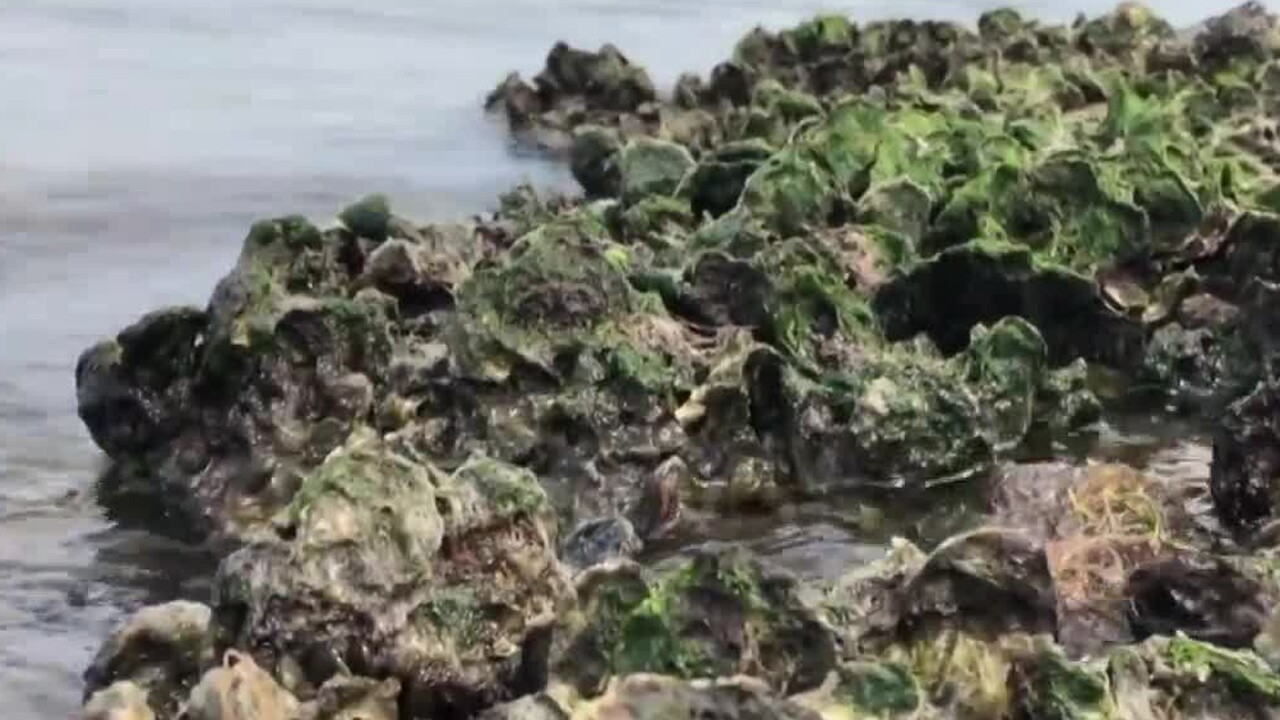 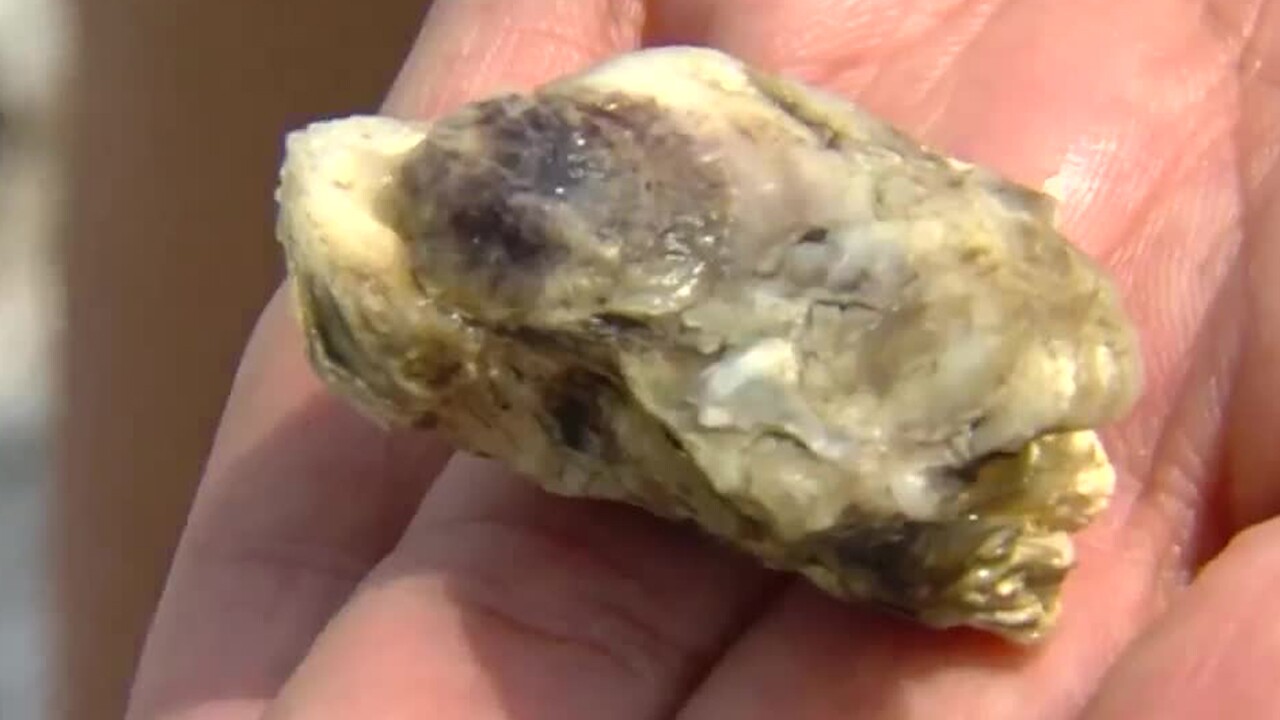 ST. LUCIE COUNTY, Fla. — Oyster shells are being used to bring life back to the Indian River Lagoon.

“I come here three to four times a week, and it is absolutely spectacular,” Stone said.

“A lot of the fish that live on our artificial reefs as adults grew up here in the Indian River Lagoon, so they have to have a habitat in order to grow up to a size they can immigrate out to the ocean," said James Oppenborn, coastal resources coordinator for St. Lucie County.

Oppenborn and Stone say they are already seeing progress.

“This oyster reef, in just a little bit over a year, has grown a lot of fairly mature oysters,” says Oppenborn.

Part of the success of the project is the concentration of brackish water thanks to the stormwater outfall just a few feet away.

Oppenborn said the oysters are doing more than filtering the water.

"We’re hoping it stabilizes the sand, and the sand does not move anymore, and it will provide at least a habitat or substrate for the seagrass to take root," said Oppenborn.

Oppenborn said the project was paid for with grant funding, but the oyster bags were put together and deployed by an army of volunteers.

“People really get it, and they’re very concerned about the environment and the health of our Indian River Lagoon. That’s why I have probably close to 300 oyster reef volunteers,” said Oppenborn.

According to Oppenborn and Stone, living in an area where people care about the environment makes a huge difference in protecting paradise.

“Based on your choice alone you can create a difference whether that’s passing along kindness or volunteering with a local organization there’s always a way to make the world a better place," said Stone.