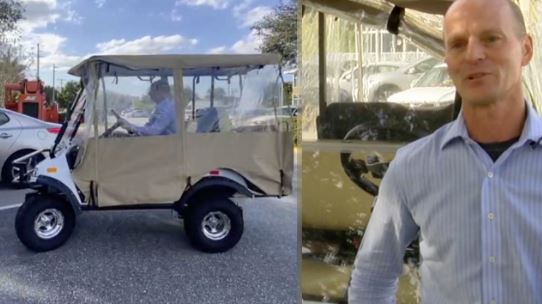 A leader in Palm Beach County is turning heads with how he gets around town. The decision is not only reducing his carbon footprint but changing the way he interacts with the community he serves. 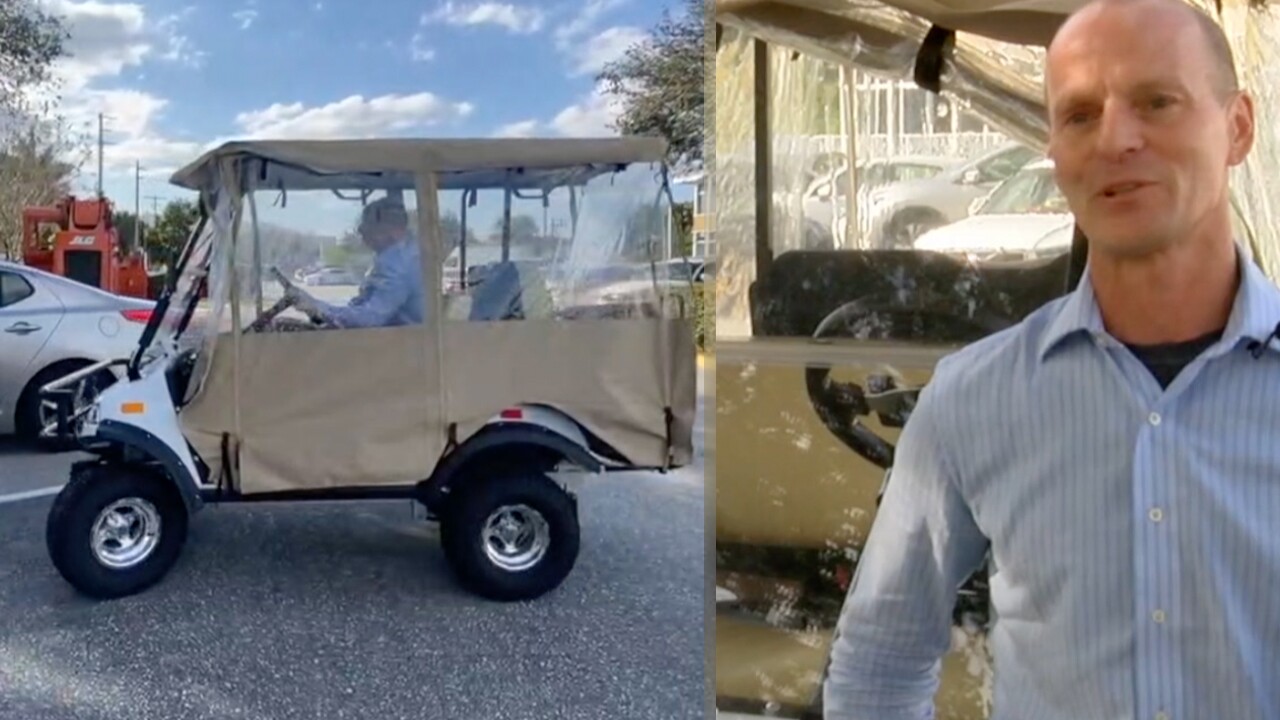 NORTH PALM BEACH, Fla. — A leader in Palm Beach County is turning heads with how he gets around town.

The decision is not only reducing his carbon footprint but changing the way he interacts with the community he serves.

In October 2019, Andy Lukasik made a pretty drastic decision -- ditch his car in favor of a golf cart.

“The moment came when my son needed a car in upstate New York at college, so it didn’t make sense to buy another car,” said North Palm Beach Village Manager Andy Lukasik.

Instead, he decided to swap his gas-guzzling car for a more efficient ride.

“You get a great sense of community when you’re driving around in a golf cart, and you’re going at a slow speed,” said Lukasik.

“Every little bit is a good thing, and if it can be done realistically without too much financial burden, and so on, it's a good thing to do,” said Village Communications Manager Ed Cunningham.

Lukasik not only drives his electric golf cart to and from work at village hall but to the village’s country club, local parks and anywhere else he may be in the mood to travel.

“On occasion you get the funny look, but I think there are enough golf carts in the community that people are becoming accustomed to it,” said Lukasik.

Golf carts became street legal in North Palm Beach a few years ago. You can’t take them on any streets over 25 mph like U.S.1, Northlake Boulevard or Prosperity Farms Road but other than that, it doesn’t slow Lukasik down -- even in the rain or chilly weather.

“(It’s a great way to) just being able to get around, be able to see your neighbors, stop and say hello and you’re not jumping out of a car. It’s just fantastic,” said Lukasik.

As development continues in the village, leaders are wanting to provide its residents more golf cart accessibility as an eco-friendly option to get around town.