Bathtub Beach reopens to the public in Martin County 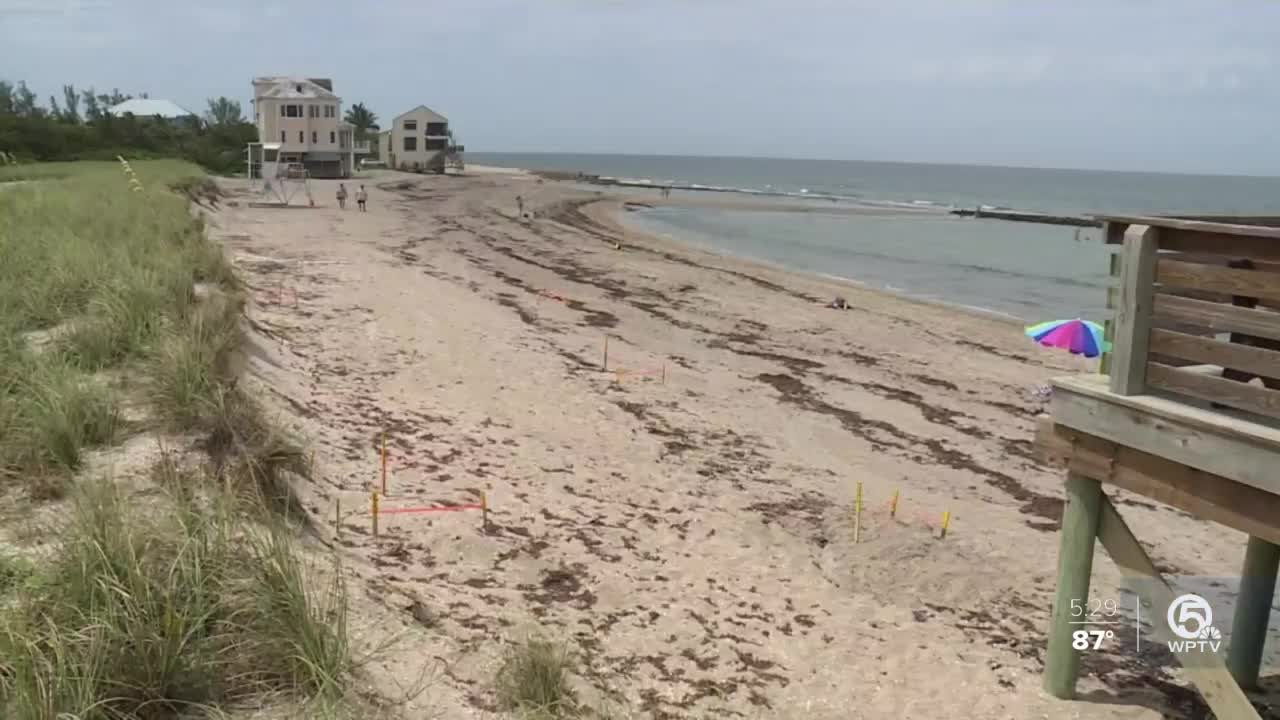 A beloved Treasure Coast beach, closed for more than 6 months, has finally reopened to the public.

HUTCHINSON ISLAND, Fla. — A beloved Treasure Coast beach, closed for more than 6 months, has finally reopened to the public.

People are flocking to Bathtub Beach, while there's still a beach.

TJ Campo lives in Broward County, but grew up in Martin County.

Campo is at Bathtub Beach, where he watches his daughter and grandson frolic at the waters edge.

“This is the calmest water around here, so I thought it would be good to bring the baby around here,” Campo said.

Shut down since November, the county just reopened this beach at the southern end of Hutchinson Island.

Coastal Engineer Kathy Fitzpatrick says the best time to be at Bathtub Beach is now, when it’s usually healthy and able to support visitors.

“In the summer when waves are typically calmer, the water level is a little more consistent, we don’t have extreme tides that we do in the fall, the reef protects the beach,” she said.

The county had planned for a major sand renourishment project earlier this year but it didn’t happen.

"We did try to do an emergency repair project, unfortunately when we bid it, all of the dredgers that could have done the projects were already committed to other projects. So the bids we got were from people who could not complete the project," Fitzpatrick said.

The county is looking at perhaps next January for its next project.

Until then, multiple generations will continue to enjoy this beach while there’s sand to enjoy.