Election recap: FAU professor gives insight on what to look for in the coming days

Kevin Butler urges public to have confidence in the process: 'It's just slow' 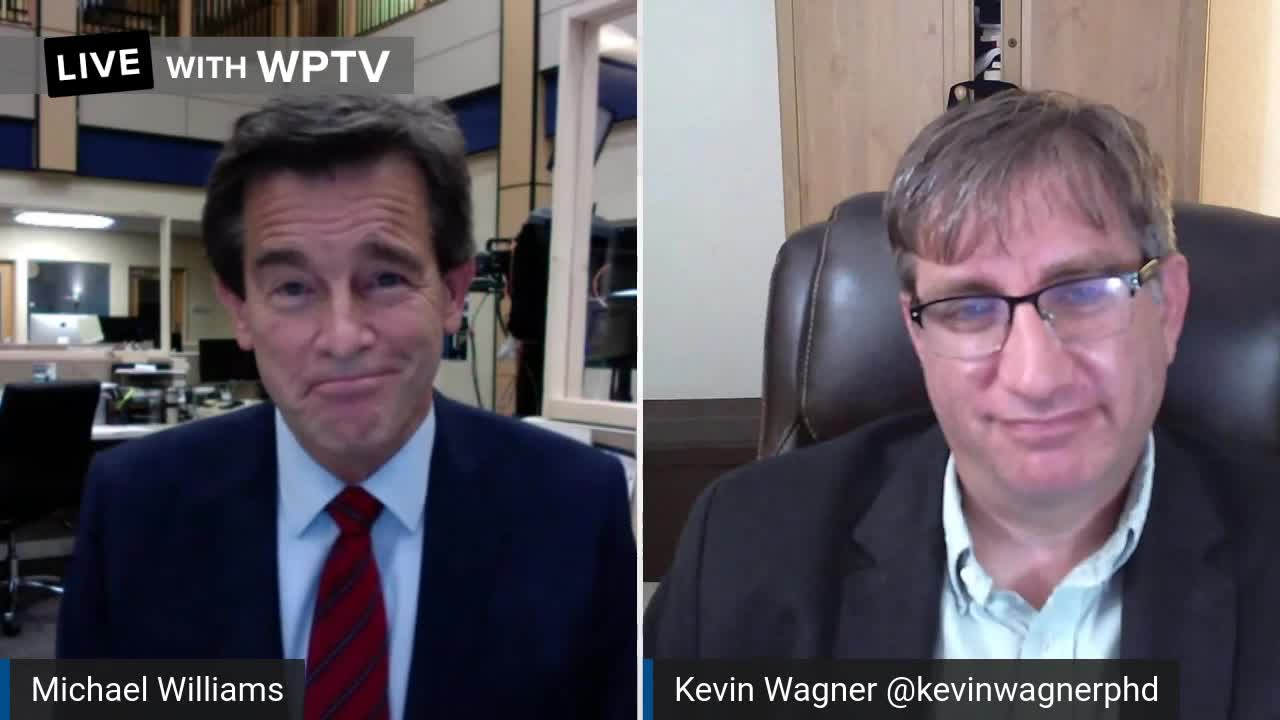 WPTV's Michael Williams speaks with FAU professor Kevin Wagner to discuss what's next for the presidency as votes are being counted in several states to determine who will reside in the White House.

WEST PALM BEACH, Fla. — The United States still does not have a president-elect two days after Tuesday's election, and that's OK.

Wagner covered various topics, including how Florida pulled off a smooth election and avoided being in the spotlight, unlike the Bush-Gore fiasco of 2000.

"One of the good things about having trouble in the past is that we have faced and addressed a lot of the issues we're seeing other states have," Wagner said. "(Florida) tabulates before Election Day, unlike Pennsylvania or Wisconsin."

Wagner addressed comments by President Trump about attempts being made by the Democrats to steal the election from him.

"I don't think there's any evidence of fraud. It's important when we throw those terms out that we make sure that they are based on facts and not just the desire to have one side or the other win," Butler said.

Decision 2020: The day after the election and still on the road to 270

Despite claims from Trump of possible widespread fraud in the election, Butler downplayed that notion.

"I haven't seen any [fraud]," Butler said. "There has been a lot of work to try and find any type of ballot fraud in the United States because there are political implications for that on how we vote. … There's been commissions, there's been research projects, and no one has been able to find any real levels of systematic fraud in the United States."

There has been a surge of mail-in ballots in Florida and across the country this year because of the pandemic. Butler said Florida has been doing mail-in balloting for several years, and "we're relatively good at it."

Members of the public, mostly President Trump supporters, have voiced their concern about the legal tabulation of mail-in ballots in states like Pennsylvania, Arizona and Georgia. Butler urged the American public to have confidence in the process.

"There are going to be [election] observers from both political parties all across the state. It's not happening without a lot of people around watching what's going on. It's just slow," Butler said. "There's just no evidence of malfeasance going on."

Many have wondered why there isn’t a uniform way of counting votes instead of each state going about it differently. Wagner said the U.S. Constitution does not lay out a framework, so the issue goes to the states to develop their own election rules.

The high turnout of Hispanic voters for President Trump in Florida will become a challenge for Democrats in the years to come as they seek to regain favor with Latinos.

"I think there's a big question that the Democratic Party of Florida will have to grapple with ... we always treat Florida as a battleground state, but increasingly the evidence would suggest that Florida is a maybe a light red state," Wagner said.

Overall, he urged the public to be patient with the results and be confident that we will have a duly-elected winner once all the ballots are counted in each state.

"Patience is really important here. I know there's a desire to know all the outcomes and everything, but in close races, I've always said the most important thing is to make sure you get it right, not the quickest," Wagner said. "We don't have to rush through it and make mistakes."