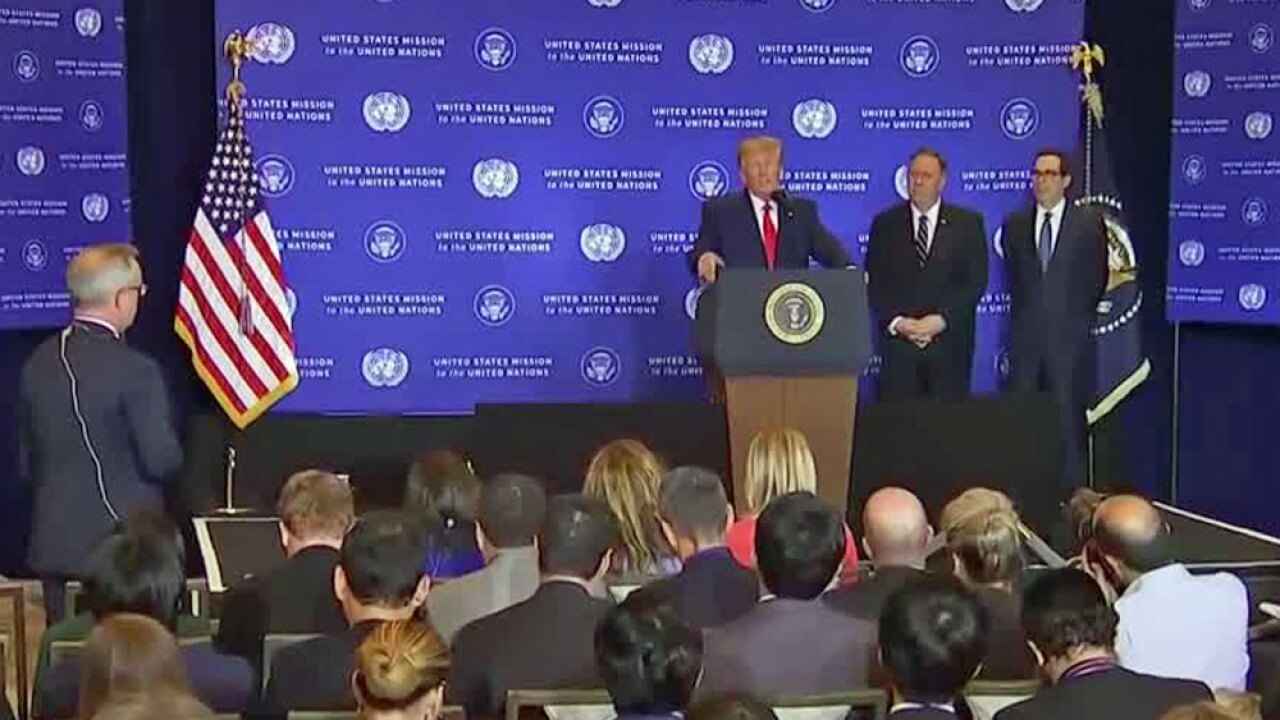 WASHINGTON (AP) — President Donald Trump says the diplomacy he conducted this week is being overshadowed by a conversation in which he urged Ukraine's president to investigate Democratic political rival Joe Biden.

Trump is telling reporters at a news conference that he met with nearly 20 different world leaders during three days in New York, and signed a partial trade agreement with Japan.

But he says that, instead of covering those topics, journalists choose to waste their time covering "nonsense."

Trump is referring to reports that he pressured Ukraine's leader to investigate Biden.

The White House has released a rough transcript of the July conversation in which Trump repeatedly asked Volodymyr Zelenskiy to open an investigation.

Zelinskiy says no one "pushed" him.

Trump says there was "no push, no pressure, no nothing."