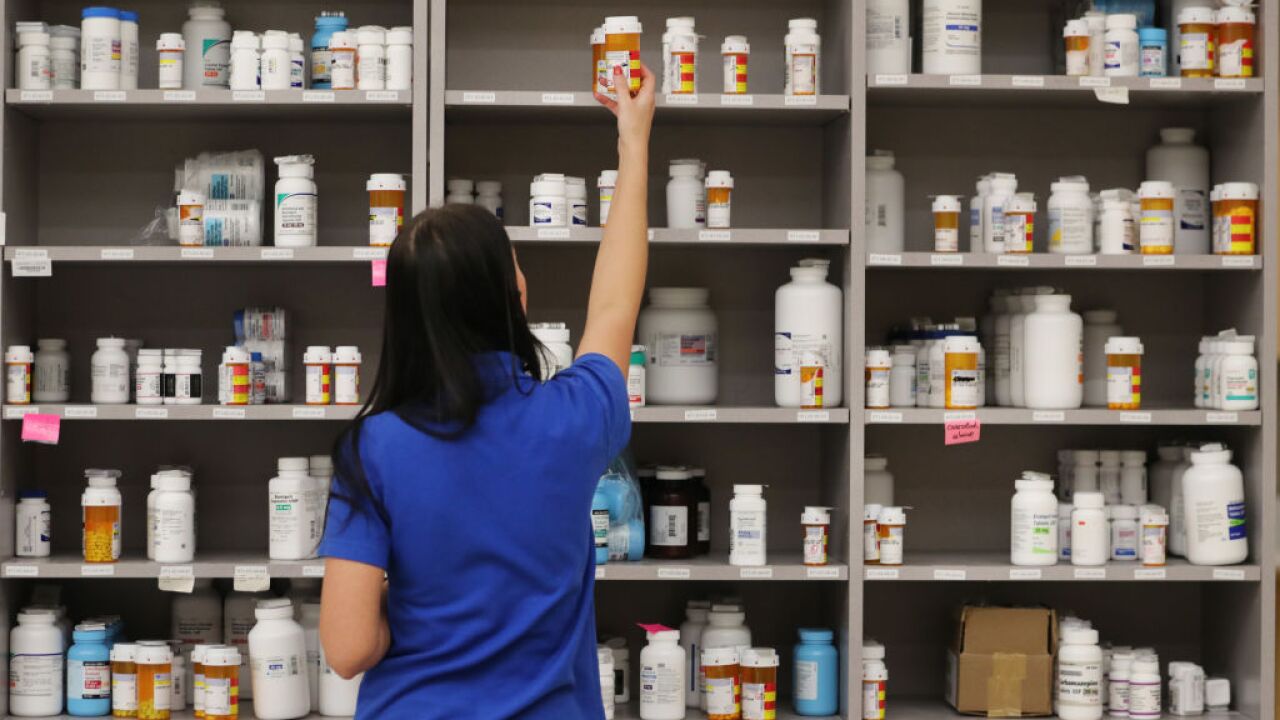 A widespread recall of common blood pressure and heart failure medications has been expanded to include more drugs containing losartan. The recall is due to an "impurity" that is classified as a potential human carcinogen.

The impurity, N-Nitroso-N-methyl-4-aminobutyric acid or NMBA, is also classified as a known animal carcinogen, the US Food And Drug Administration noted in a news release about the recall Friday.

The recall noted that Camber has not received any reports of adverse events related to the recall.

The recall is the latest in an ongoing investigation into a class of drugs known as angiotensin receptor blockers or ARBs, which contain either valsartan, losartan or irbesartan and are used in patients with high blood pressure and other conditions.

Starting in July, separate lots of ARB blood pressure and heart failure medications from various companies were recalled around the world, including in the United States, due to containing similar impurities that are potential or suspected human carcinogens: N-nitrosodimethylamine or NDMA and N-nitrosodiethylamine or NDEA.

Recent FDA analyses of NDMA and NDEA in the recalled drugs have found that "overall, the risk to individual patients is very low," but the agency added that those findings don't diminish the significance of this issue and that it continues to evaluate the risks posed to patients.

Now, the FDA is "deeply concerned" about the presence of a third impurity in certain ARB medications, Commissioner Dr. Scott Gottlieb said in the news release. NMBA had not been found in previously recalled ARB products, but the FDA continues its investigations.

"It's important to underscore that, based on the FDA's initial evaluation, the increased risk of cancer to patients with NMBA exposure appears to be the same for NDMA exposure but less than the risk from NDEA exposure. That said, any presence of such impurities in drug products is not acceptable. Over the past few months, the FDA has conducted a major investigation and has worked with drug companies to address the presence of impurities in these products," Gottlieb said.

"Our ongoing effort has determined that the impurities may be generated by specific chemical reactions in the manufacturing process of the drug's active pharmaceutical ingredients. FDA scientists have developed novel and sophisticated testing methods specifically designed to detect and measure N-Nitrosodimethylamine (NDMA) and N-Nitrosodiethylamine (NDEA) impurities in ARB medicines. Because of the potential for discovering other nitrosamine impurities, we are conducting an extensive organic chemistry analysis to develop novel testing methods to detect additional nitrosamine impurities, including NMBA," he said.

"We're continuing to share these testing methods with international regulators, industry and the public to help manufacturers and other regulators evaluate these products for any potential nitrosamine impurity."

There are FDA safeguards in place to prevent drug contamination, Maisha Kelly Freeman, a professor and director of Samford University's Center for Healthcare Innovation and Patient Outcomes Research, said this week.

Manufacturers are compelled to report impurities, for example, and the agency inspects factories on a risk-prioritized basis. However, there's a catch.

"Obviously, if they're not looking for it, they don't really know that it's occurring," Freeman said. And that's what happened in the case of tainted ARBs.

"Before they found this particular compound, they didn't even know there could be a chemical reaction that could produce the compound," she said.

Regarding how the recall has affected patients and pharmacists, "most patients have to come in and get their medications changed out" to lots of medication that have not been affected, Freeman said. Other people are getting their prescriptions changed.

From a community pharmacy perspective, this recall has been difficult because many pharmacies don't keep the lot numbers of medications after they're dispensed, Freeman said: "That information is not tracked effectively."

She hopes that in the next few years, technologies such as bar codes will be in place to help identify affected patients.

According to the FDA , "Not all ARB products contain NDMA, NDEA or NMBA impurities, so pharmacists may be able to provide an alternative medication not affected by the recalls, or health care professionals may prescribe a different medication that treats the same condition."