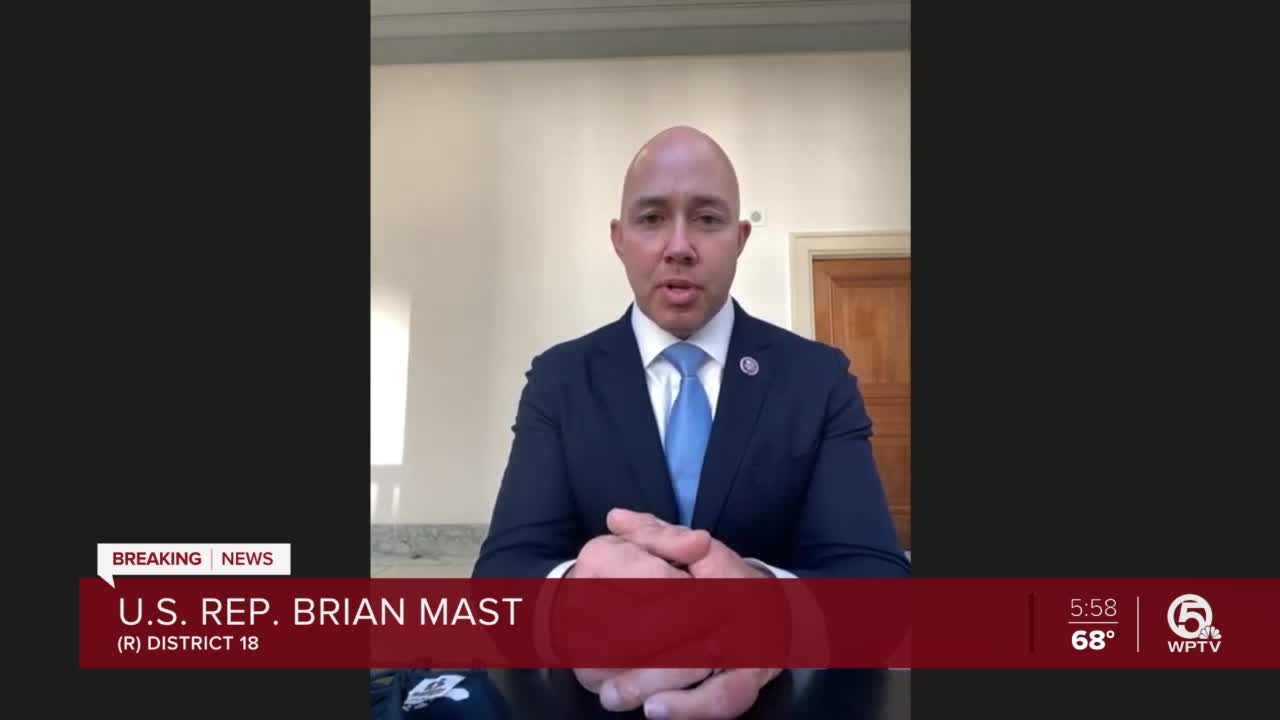 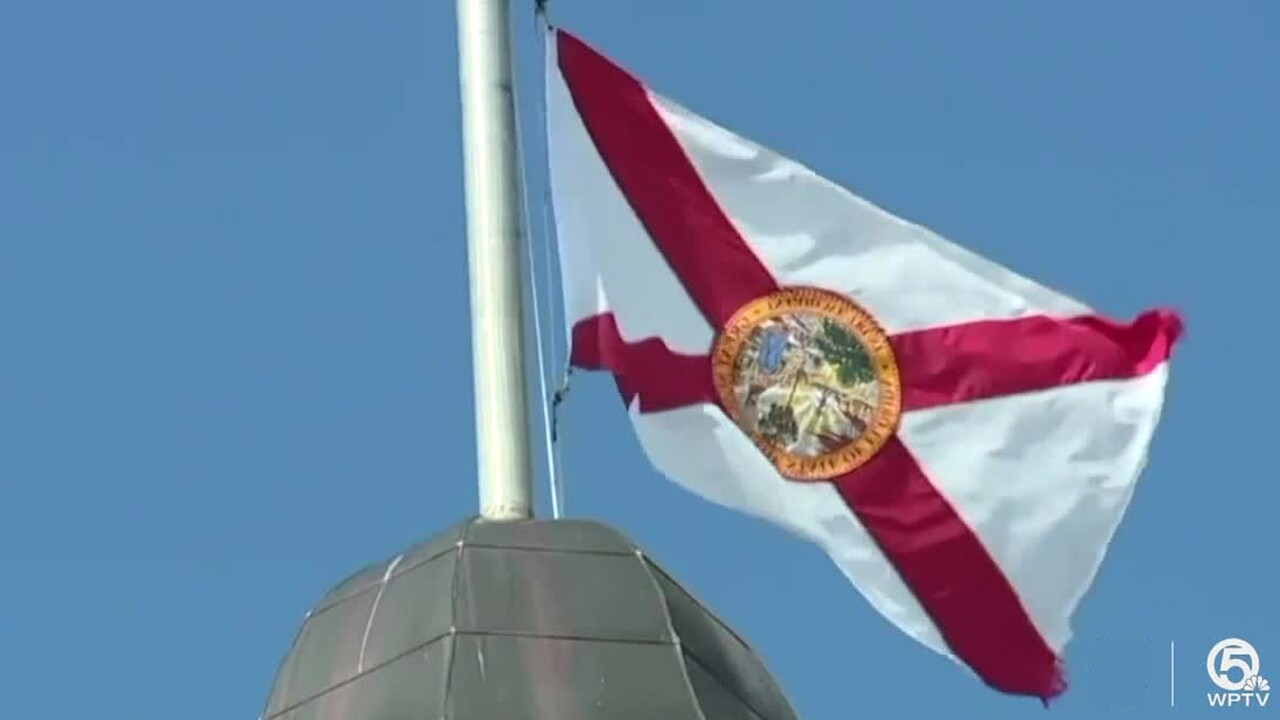 WEST PALM BEACH, Fla. — The House of Representatives voted Wednesday to impeach President Trump for a second time by a margin of 232 to 197.

The impeachment comes following last week's riot at the U.S. Capitol and makes him the only U.S. president to ever be impeached twice.

Unlike the first impeachment last year, 10 House Republicans crossed party lines and voted in favor to remove Trump from office. No Florida Republicans voted to impeach the president Wednesday but all Democrats voted in favor of the resolution.

One representative, U.S. Rep. Daniel Webster, R-Leesburg , said he could not attend the proceedings due to a family obligation and did not vote.

However, it does not appear that Trump will be removed from office before his term ends Jan. 20.

This comes after Senate Majority Leader Mitch McConnell said Wednesday he will not call the Senate back early, delaying a potential impeachment trial until after President-elect Joe Biden's inauguration

Florida has 27 representatives in the House. Here's how they voted on the article of "incitement of insurrection":

Below is the full statement from Hastings on the impeachment:

"Today’s vote to impeach Donald John Trump is a necessary step in protecting our democracy. Leading up to the January 6, 2021 insurrection, false allegations of voter fraud and unfair elections were widely spread by Trump and his administration to his base of supporters, conspiracy theorists, and extremists. Speaking at a rally a week ago as Congress convened to certify the results of the 2020 election, Trump told his supporters, “And we fight. We fight like Hell and if you don’t fight like Hell, you’re not going to have a country anymore.” Immediately following his speech the U.S. Capitol was sieged by insurrectionist domestic terrorists. Lives were lost and people wounded.

“As we still struggle to navigate through this unspeakable experience that will go down as a stain on our nation’s history, we must find a path of healing with unity and defend our constitution. Trump’s actions have endangered the security of our nation, interfered with the peaceful transition of power, and imperiled a coequal branch of government. It’s abundantly clear that Trump is a threat to our democracy and must be held accountable for his actions.”

Below is the full statement from Frankel on the impeachment:

"President Trump instigated a violent insurrection against the United States using baseless claims of election fraud to rile up his supporters, with deadly consequences. He charged up a mob to attack the Capitol to stop the Congress from fulfilling its Constitutional duty to count the electoral ballots that have duly elected the next President and Vice President of the United States. Trump encouraged the mob to 'march on the Capitol' and 'fight like hell, and if you don't fight like hell, you're not going to have a country anymore.' The President then ignored or rejected entreaties to call off the mob when it became violent," Frankel said. "Donald Trump gravely endangered the security of the United States, threatened the integrity of the democratic system, interfered with the peaceful transition of power, and imperiled a coequal branch of Government. He has betrayed his most fundamental trust as President. Donald Trump warrants impeachment and trial, removal from office, and disqualification to hold and enjoy any office of honor, trust, or profit under the United States."

Below is a full statement from Deutch on the impeachment:

"Impeachment is one of the most consequential powers afforded to Congress. It guards against a president who threatens our security, the continuity of our government, and the integrity of our democracy. The oath that I swore to support and defend the Constitution of the United States compels me to vote to impeach the president.

"We must hold President Trump accountable for his incendiary rhetoric that culminated in the attack on the U.S. Capitol. For months he inflamed his supporters and proliferated baseless conspiracy theories about the 2020 presidential election. He knew that his words had tremendous power, and he hoped that his lies would resonate.

"President Trump is unquestionably responsible for the violent riots in the Capitol building, the deaths of six Americans—including two police officers—and an attempt to stop the certification of the electoral college results.

"For inciting a violent and deadly insurrection, for instigating domestic terrorists even as they smashed their way into the Capitol building and called for the hanging of Vice President Pence and the death of Members of Congress, and for refusing to call off his mob as they occupied the most prominent symbol of American democracy in an attempt to overturn the results of the election, he must be impeached and removed from office.

"President Trump continues to pose a grave and imminent threat, even with just days remaining in his term. It is not enough to wait for him to leave office with the hope that he will not incite further insurrection and more death and destruction in Washington or cities across the country. Standing up to this reckless president, rejecting his dangerous rhetoric, and impeaching him under the constitution is necessary to protect our nation.

"The President incited insurrection. In response, the House exercised its power of impeachment to hold him accountable. I strongly urge the members of the U.S. Senate to fulfill their oath of office to defend the country against domestic threats by removing President Trump from office and barring him from ever holding federal office again."