Remembering Billy Graham: A timeline of the evangelist's life and ministry 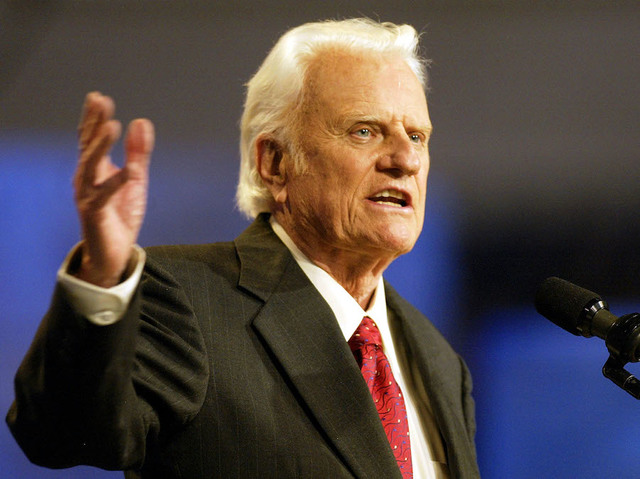 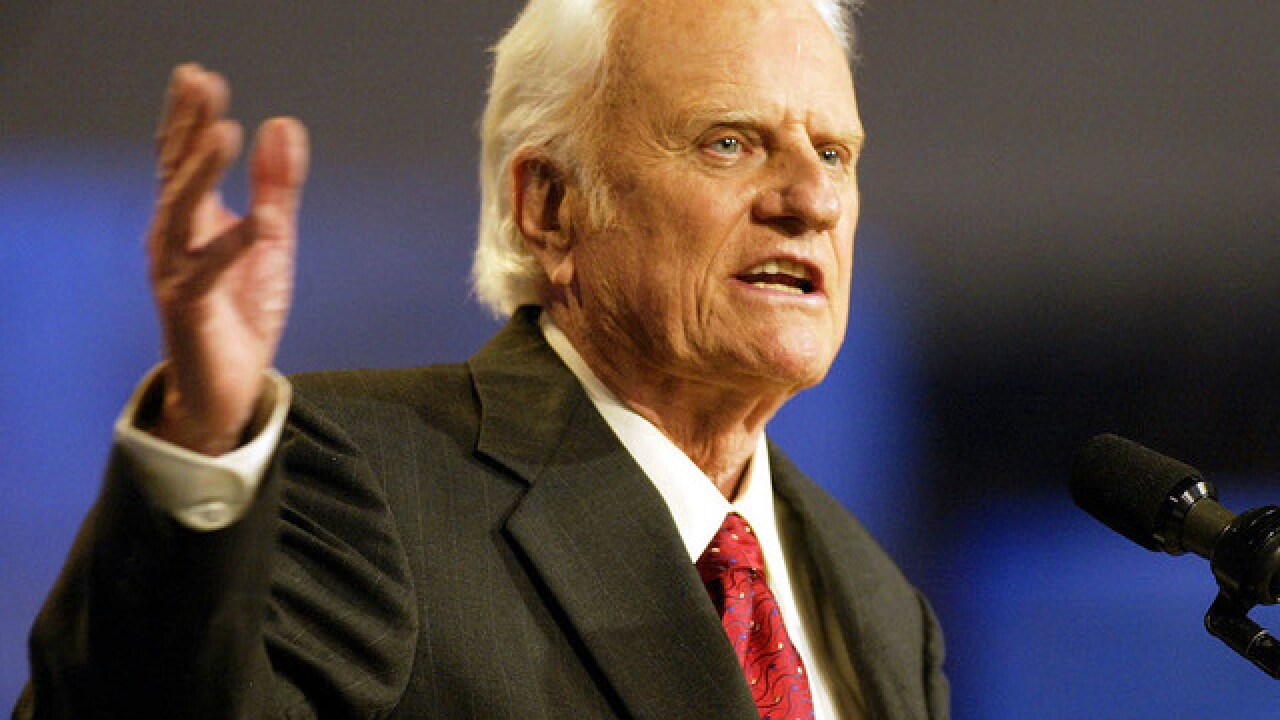 Here's a look at the life of evangelist Billy Graham.

Other Facts: Grew up on a dairy farm near Charlotte, North Carolina.

Graham has been listed by Gallup as one of the "Ten Most Admired Men in the World" more than 50 times.

Has met with every US president from Harry Truman to Barack Obama.

Has preached to over 215 million people in more than 185 countries.

Billy Graham's illnesses include fluid on the brain, prostate cancer, and Parkinson's disease.

1939 - Is ordained by a Southern Baptist Convention church.

1944 - Works with the Youth for Christ organization and travels the country speaking at rallies.

1947 - Accepts the presidency of Northwestern Schools, an educational complex founded by the First Baptist Church of Minneapolis.

1949 - Holds crusades in tents in downtown Los Angeles. Originally scheduled for three weeks, the crusades are so popular they run for seven weeks.

1950 - Founds the Billy Graham Evangelistic Association (BGEA) to establish order and policies for his crusades.

1957 - Crusade at Madison Square Garden in New York runs nightly for sixteen weeks and is covered by the national press.

1983 - Awarded the Presidential Medal of Freedom.

1999 - First non-musician to be inducted into the Gospel Music Hall of Fame.

2000 - Wins the Ronald Reagan Presidential Foundation Freedom Award, for monumental and lasting contributions to the cause of freedom.

November 2000 - Franklin Graham takes over for his father as Chief Executive Officer for the BGEA.

2002 - A recording of a 1972 conversation between Graham and President Nixon, in which they both make anti-Semitic remarks, is released. Graham later apologizes.

August 2007 - Graham is hospitalized for 11 days to treat intestinal bleeding.

February 2008 - Graham is hospitalized for six days to replace a valve in a shunt designed to regulate brain pressure.

August 12, 2012 - Admitted to Mission Hospital in Asheville for treatment of a pulmonary infection believed to be bronchitis. He is released two days later.