'Proud Boys' trending after being mentioned during debate 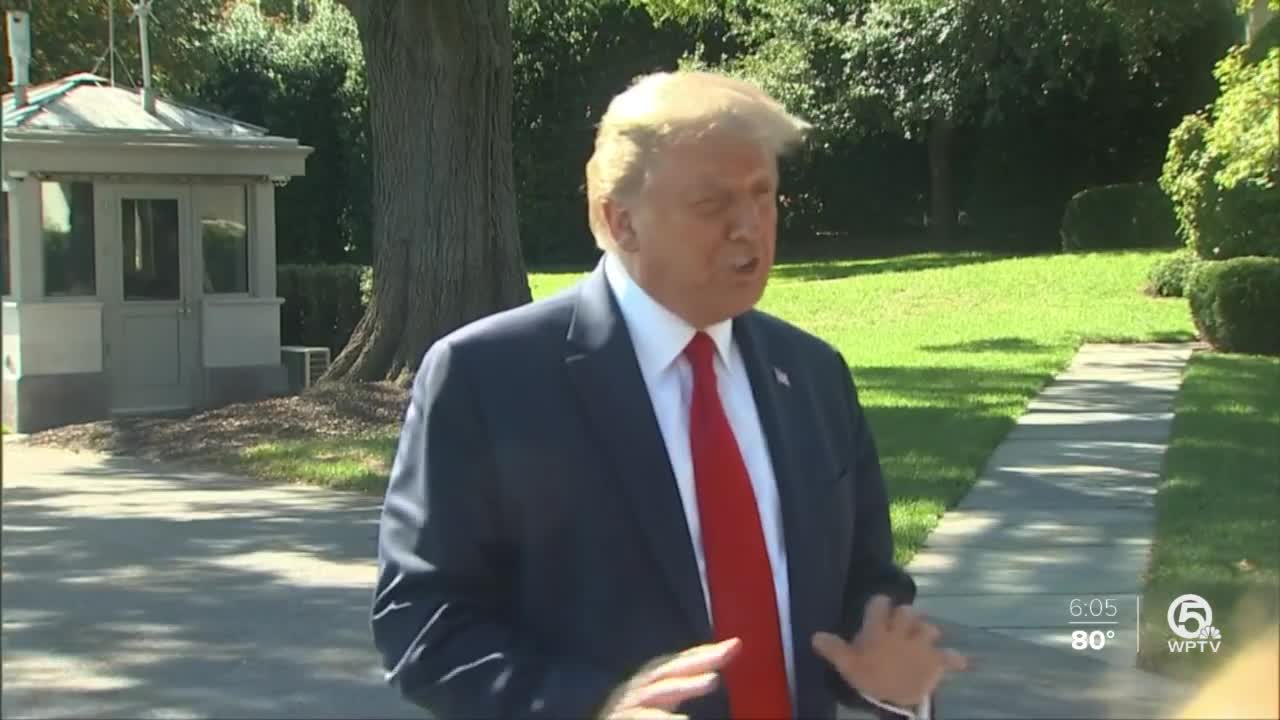 One of the moments now trending on social media was an exchange from the debate between President Trump and Joe Biden regarding the far-right group, the Proud Boys.

One of the moments now trending on social media was an exchange from the debate between President Trump and Joe Biden regarding the far-right group, the Proud Boys.

This month, FBI Director Christopher Wray testified before the House Homeland Security Committee and said, "Of the domestic terrorism threats, we last year elevated racially motivated extremism to be a national threat priority commensurate with homegrown violent extremists." Some designate the Proud Boys as one of those extremist groups.

The group has held rallies across the US, most recently over the weekend in Portland.

The Anti-Defamation League refers to the group as violent, nationalistic, Islamophobic, transphobic, and mysogynistic.

During Tuesday's debate the moderator asked President Trump if he would condemn hate groups.

"What essentially the President did for the Proud Boys and those associated with it. He gave them a retweet, he gave them an appearance, he made them trend, he made them known on social media. That’s better than any retweet," he said. "It did happen because Joe Biden specifically asked him to denounce that organization he could’ve picked any organization out there, but we also had to consider but the fact that if Joe Biden mentioned literally any other group we’d be talking about them today."

Amid the social media controversy, the president faced questions about the group just a few hours ago.

President Trump said, "I don't know who 'The Proud Boys' are. I mean you'll have a give me a definition because I don't know who they are. I can only say they have to stand down and let law enforcement do their work."

At last check Proud Boys are still trending on Twitter with more than 1.5 million tweets.