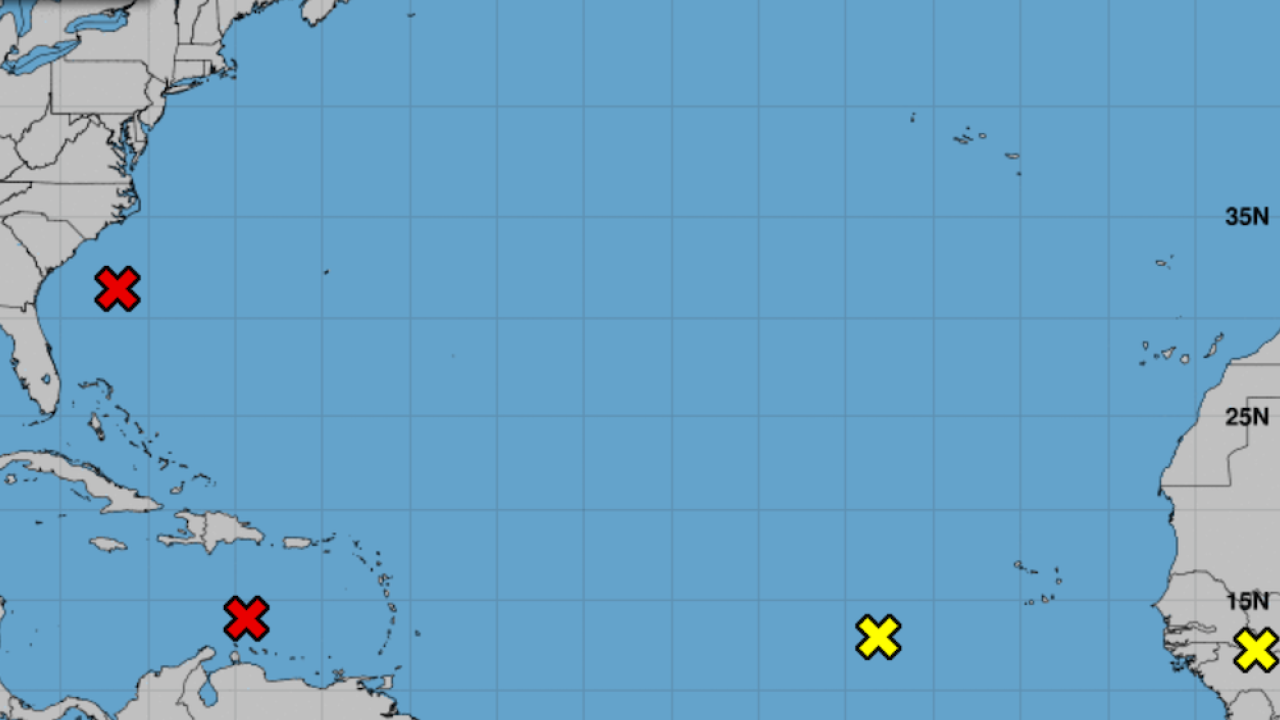 The National Hurricane Center said it is currently monitoring three storms that could potentially develop into tropical cyclones in the coming days, adding more anxiety to what has already been an extremely active hurricane season.

One of the systems, located just off the North Carolina coast, became the 15th tropical depression of the Atlantic hurricane season Monday afternoon. The depression is expected to form into a tropical storm in the coming days, and pass to the north of Bermuda. The potential tropical storm is not expected to affect the United States mainland.

The National Weather Service defines a tropical depression as a low-pressure system that is being fueled by warm, tropical water and is rotating around a "well-defined" center. Once these storms have sustained winds of at least 39 mph, they become a "named" tropical storm.

"Nana" is the name that will be given to the next tropical storm, followed by "Omar" and "Paulette." There have been 13 named storms so far this hurricane season. At this time last year, there had only been five named storms.

A second system is brewing in the Caribbean sea. The system has a 70% chance of development in the next 48 hours, and could impact Jamaica,Honduras, Belize, Guatemala and the Yucatan later in the week.

A third system emerging off the coast of Africa is not expected to develop in the next 48 hours, but has a 30% chance of becoming a tropical depression or storm later in the week.

The developments come just days after Hurricane Laura made landfall in Louisiana, a storm that killed 14 people and caused extensive damage near Lake Charles and other towns in the western part of the state