It's not just soda: Drinking too much fruit juice linked to premature death risk 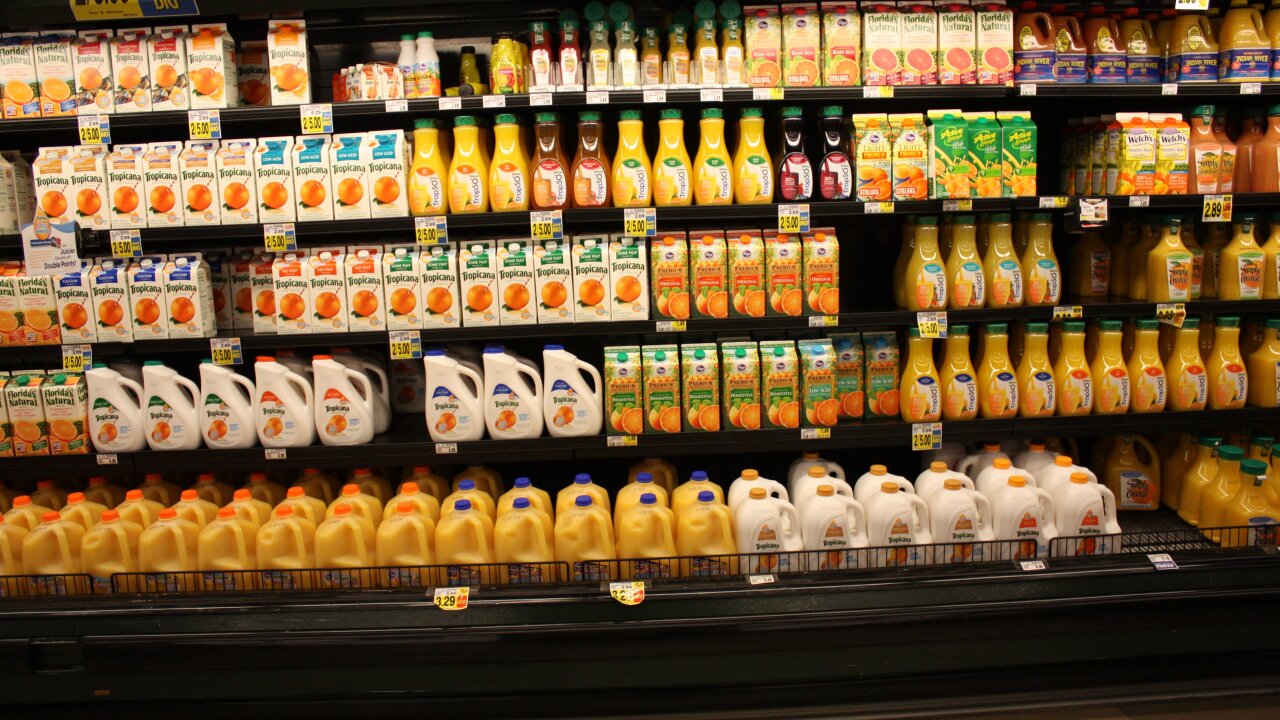 Many sugar-sweetened beverages have little to no nutritional value and lots of calories, and their harmful health effects have been well-documented. Now, a study links drinking too many sugary beverages -- and even 100% natural fruit juices -- to an increased risk of early death.

Specifically, drinking an excessive amount of fruit juice could lead to an increased risk of premature death ranging from 9% to 42%, according to the study, published Friday in the journal JAMA Network Open.

Overall, the sugars found in orange juice, although naturally occurring, are pretty similar to the sugars added to soda and other sweetened beverages, the study suggests.

"Sugary beverages, whether soft drinks or fruit juices, should be limited," Jean A. Welsh, a co-author of the study and an assistant professor in the Department of Pediatrics at Emory University in Atlanta, wrote in an email.

Seven US cities, including New York and most recently Philadelphia, have levied taxes on sweetened drinks with added sugar in an effort to reduce consumption. These laws often highlight how soda and other sugary beverages contribute to the obesity epidemic among kids and high rates of diabetes among adults.

The new study defined "sugary beverages" as both sugar-sweetened thirst-quenchers, like soda and fruit-flavored infusions, and 100% natural fruit juices that have no added sugar. So how does fruit juice stack up against soda?

"Previous research has shown that high consumption of sugars like those in soft drink and fruit juices is linked to several cardiovascular disease risk factors," Welsh explained. Obesity, diabetes and elevated triglycerides (a type of fat found in the blood) are among the risk factors linked to excessive sugar intake. "Few studies have been able to look at how this consumption might impact mortality risk," she said.

To address this issue, she and her colleagues repurposed data from the Reasons for Geographic and Racial Differences in Stroke study, which seeks to understand why more African-Americans die from strokes than other races and why people in the Southeast have more strokes than those in other areas of the United States.

Drawing from this multiethnic study, Welsh and her coauthors analyzed data from 13,440 adults 45 and older, nearly 60% men and almost 71% of them overweight or obese.

"In looking at our results for sugar-sweetened beverages and juices independently, we need to be clear that the risk presented is relative to that present in the lowest consumers of each," Welsh explained.

She was not surprised by the the findings. She and her co-authors said "a number of possible biological mechanisms" explain the elevated risk of death. For example, research suggests that sugary beverages increase insulin resistance, which is known to raise the risk of cardiovascular disease, while fructose consumption may stimulate hormones that promote weight gain around the waist -- another cardiovascular disease risk factor.

This is one of the first studies to examine the relationship between sugary drinks, including 100% fruit juices, and early death, wrote Marta Guasch-Ferré , a research scientist in the Department of Nutrition at Harvard T.H. Chan School of Public Health and Dr. Frank B. Hu , a professor of medicine at Harvard Medical School, in an editorial published alongside the new study.

However, the study is limited in what it can tell us, noted Guasch-Ferré and Hu, who were not involved in the research. Because so few coronary heart disease-related deaths occurred, the analysis here is considered weak; more time and a higher number of participants would probably give a stronger signal either way. Also, each participant's sugary drink consumption was recorded at the start of the study only, based entirely on self-reporting, which is not considered reliable.

"Although fruit juices may not be as deleterious as sugar-sweetened beverages, their consumption should be moderated in children and adults, especially for individuals who wish to control their body weight," Guasch-Ferré and Hu wrote.

"Further research is needed to examine the health risks and potential benefits of specific fruit juices," Guasch-Ferré and Hu said.