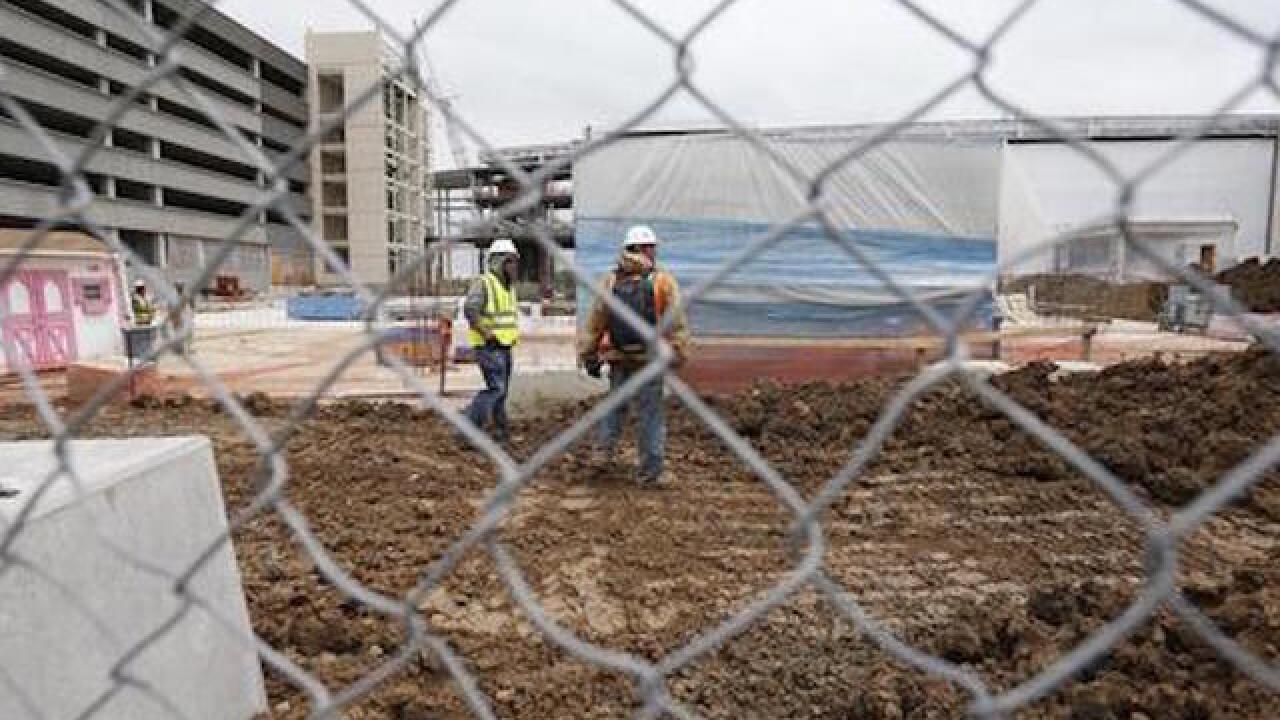 &lt;p&gt;&lt;embers of a construction crew work at the site of the Veterans Administration hospital complex under construction in Aurora, Colo. Federal investigators say "gross mismanagement," delays and lax oversight by the Veterans Affairs Department added hundreds of millions of dollars to the cost of a new Denver-area VA hospital and delayed it by years. (AP Photo/Brennan Linsley, file)&lt;/p&gt;

A report from the department's internal watchdog also said a former senior VA official, Glenn Haggstrom, knew the project was veering toward huge cost overruns but didn't tell lawmakers that when he testified before Congress in 2013 and 2014.

The hospital, now under construction in suburban Aurora, is expected to cost around $1.7 billion, nearly triple the 2014 estimate.

The 184-bed facility is about 70 percent complete and construction is expected to be done in January 2018. It will replace an aging, overcrowded facility still in use in Denver.

Sloan Gibson, deputy secretary of veterans affairs, has said that everyone involved in the cost overruns has either retired or was transferred or demoted. No one has been fired or criminally charged.

That angers some members of Congress. Florida Republican Rep. Jeff Miller, chairman of the House Veterans Affairs Committee, said Wednesday he will ask the Justice Department to look into perjury charges against Haggstrom and others.

"To this day, the department's handling of the replacement Denver VA medical center continues to be a case study in government waste, incompetence and secrecy," he said.

Rep. Mike Coffman, R-Colo., had asked the inspector general to consider recommending a criminal investigation if warranted, but the report didn't address that.

Coffman said he was frustrated and disappointed and will ask the inspector general again to consider recommending a criminal investigation.

"I'm trying to get to the bottom of this. And I think quite frankly the Veterans Affairs (Department) doesn't seem to care," he said.

"This was an internal investigation and I think it was compromised" because it ignored possible criminal conduct, Coffman said.

The inspector general's report repeated some conclusions from earlier investigations but is the most scathing account of the project to date.

It accused senior VA leaders of making poor business decisions, allowing architects to include lavish and unnecessary design features and delaying decisions on construction changes by up to three years.

The inspector general accused the VA of "gross mismanagement" for assigning far too few engineers and project managers.

Gibson said the department has taken responsibility for the problems and has made changes.

Two weeks ago, Miller's committee subpoenaed documents on a separate internal VA investigation into the cost overruns. The department has not said whether it will comply or fight the subpoena.

The VA has said making the documents public could have a chilling effect on future internal investigations.

The subpoena also seeks documents related to millions of dollars spent on artwork and ornamental furnishings at VA offices nationwide, including more than $6.4 million spent on the Palo Alto, California, health care system.