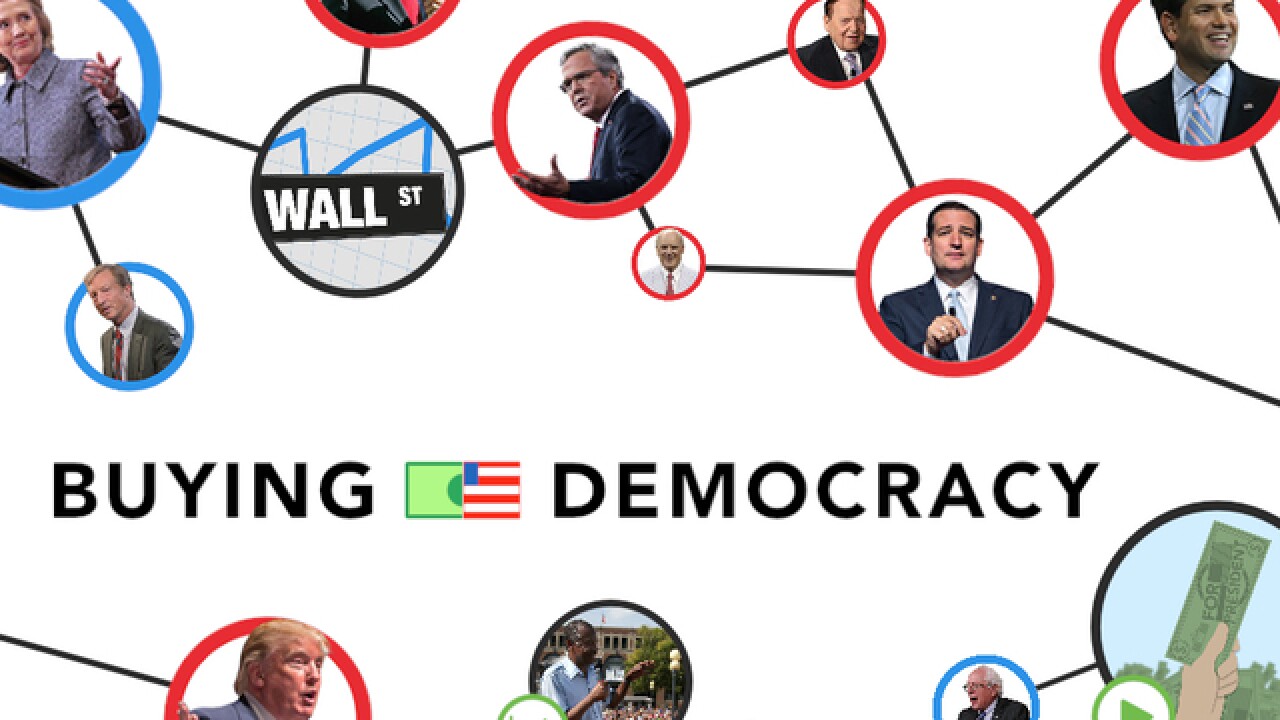 Who is financially supporting the 2016 presidential candidates?

Following the money trail can be like navigating a maze full of twists and turns —confusing and getting lost in the process.

Why should the people know candidates’ money sources? In American politics, money provides access to the microphone. Candidates with the most dollars have their voices heard by the most people, be it through political ads, direct mailings, calls and campaign tours.

In 2012, the two major presidential campaigns burned through more than $1 billion dollars during the election season. With that amount of money being tossed around, it’s easy to think many people had a voice in the previous campaign.

In fact, only 195 people controlled most of the campaign’s money according to an NYU Brennan Center study. This elite group included oil tycoons, lawyers, Wall Street power players and green energy billionaires; each of them using their dollars as a megaphone to get candidates’ attention (and support) for their own interests.

Simply select a candidate from the “Who’s Running” section and a new page loads showcasing the candidate in the center, along with his or her various connections to financial sources, interest groups, strengths, weaknesses and more. These informative bits may be presented in audio, video or textual form.

Many of the individual connections have their own links allowing readers to dig even deeper into the funding sources, as well as relevant, related issues that may not be evident to the typical voter.

Or, you can start with the “Who’s Paying” section, choose different business and interest groups and then follow the links to the candidates receiving the money from each of the areas.

The Buying Democracy project will be constantly updated with the latest information and fundraising dollar figures, making it a valuable resource for voters throughout the rest of the election season to determine where all of the election money is coming from and where the candidates are spending it.