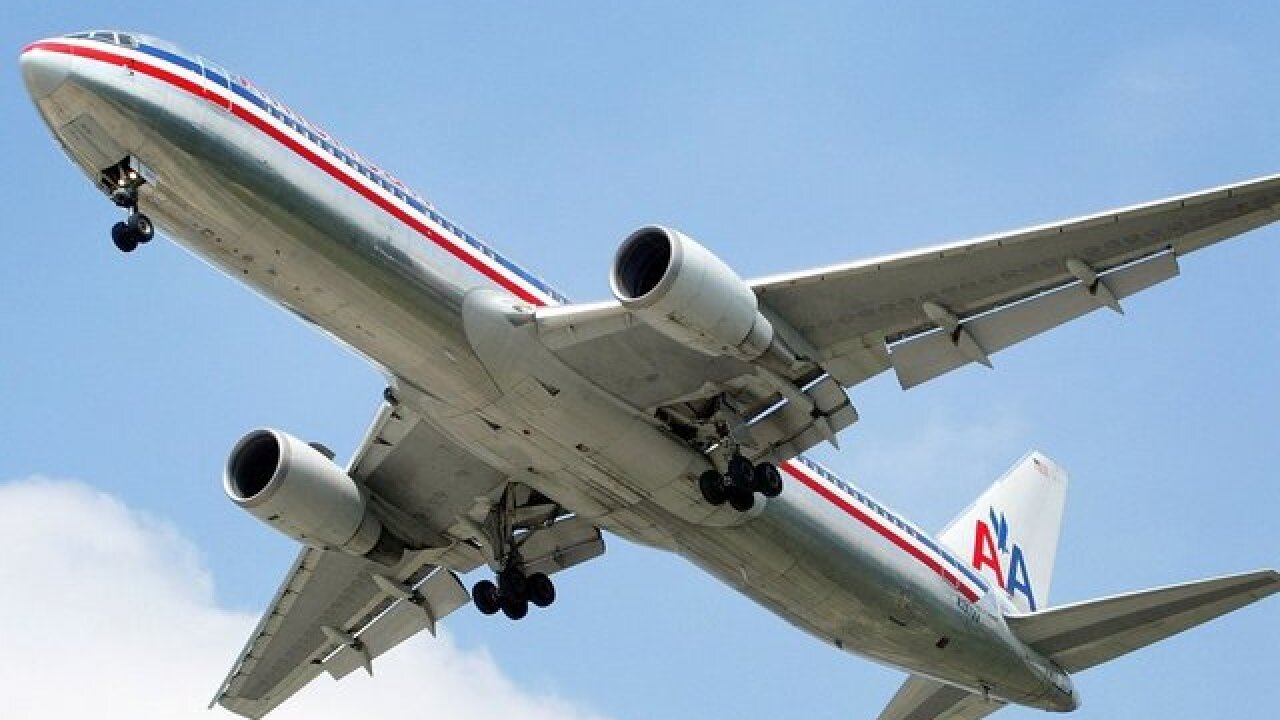 BOSTON ( WBZ ) -- A flight from Phoenix to Boston was diverted to Kansas City overnight because of an unruly passenger.

American Airlines Flight 2763 left Phoenix around 6:30 p.m. Eastern time Monday. Passengers say a man who boarded the plane with a woman and two dogs was stumbling and appeared to be intoxicated.

“He was leaning up against where you put the bags overhead and a passenger came by and said ‘What are you going to do, some pull ups?’ and the guy actually grabbed on to it and started doing some pull ups on the plane in front of everybody,” passenger David Markoski told reporters.

Markoski said the man ordered some beer and alcohol on board and a short time later the situation turned tense.

“He would not sit down. The flight attendant probably asked him about three or four times to sit down and he refused to sit down and then he really got verbally abusive with her, starting calling her names,“ Markoski said.

The flight was forced to land in Kansas City, Missouri late Monday night where law enforcement came on board and took the man off the jet. The FBI in Kansas City told WBZ-TV there were no arrests and no charges filed. The man’s name has not been made public.

The flight continued on to Boston and landed at Logan Airport just after 1 a.m. Tuesday.