A killer, a friend: Tsarnaev's classmates to premiere film 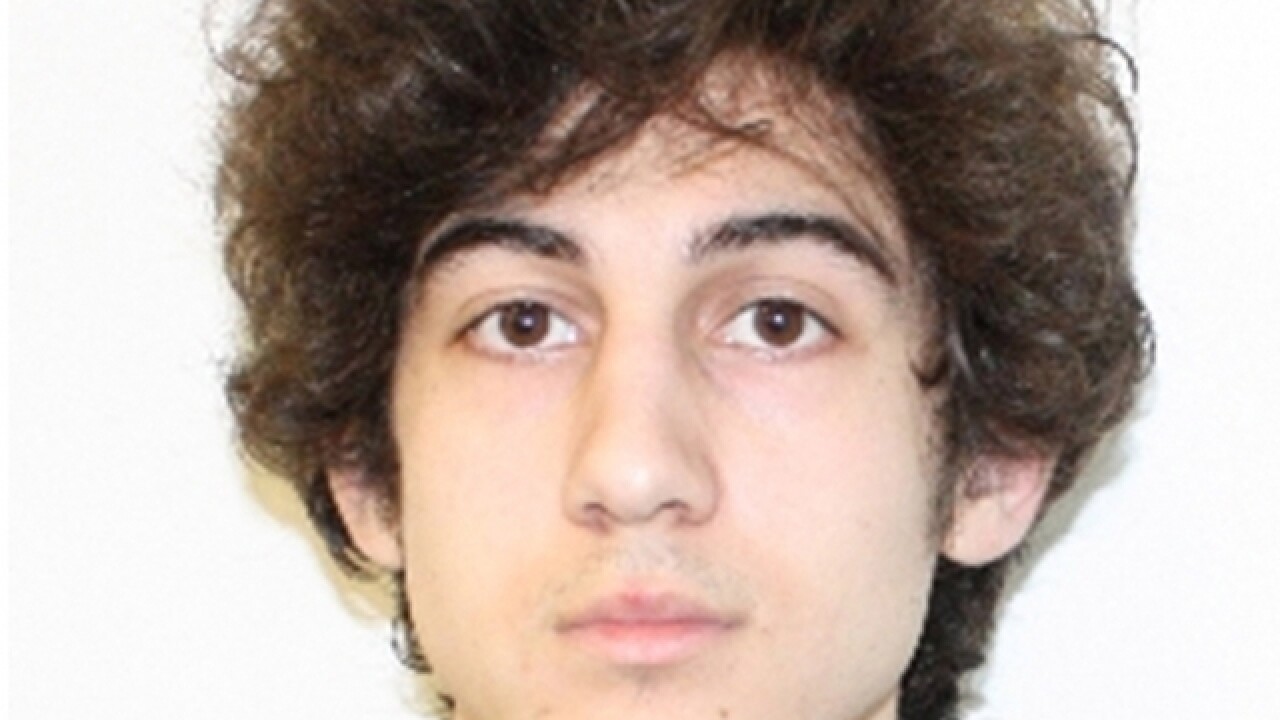 BOSTON (AP) — Among the many people forced to come to terms with the death and destruction caused by the Boston Marathon bombings were the teenage friends of bomber Dzhokhar Tsarnaev.
Three years later, two of Tsarnaev's friends from high school are getting ready to premiere a short film they made to capture the range of emotions they felt after learning the 19-year-old had played a major role in an attack that killed three people and injured more than 260.
The 12-minute film, called "Jahar," for Tsarnaev's Americanized nickname, is set to premiere Saturday at the Tribeca Film Festival in New York City.
Written by Henry Hayes and Zolan Kanno-Youngs — both high school classmates of Tsarnaev's at Cambridge Rindge and Latin School — the film captures the feelings they and other friends had in the days after the bombings: from shock to bewilderment to anger.
Hayes, who also directed the film, said that he tried to write something by himself immediately in the immediate aftermath of the bombings, but that "the emotions were just too raw."
About a year later, he and Kanno-Youngs got together and wrote the screenplay in two days.
"It just kind of came out, it all came tumbling out," said Hayes, who was a film student at New York University at the time of the bombings and now works as a freelance film editor.
Zolan Kanno-Youngs, who worked at The Boston Globe as a co-op student at the time, said the film isn't meant to be a piece of investigative journalism.
"We weren't going into it trying to unravel why he did it. We were going into it to tell a story about the other types of pain that he caused — the collateral damage — about how it hurt his friends," said Kanno-Youngs, now a reporter at The Wall Street Journal.
The film's three main characters are all composites of Tsarnaev's friends, including Hayes and Kanno-Youngs. Tsarnaev is portrayed in flashbacks experienced by the main character, Tsarnaev's friend "Jackson."
The film opens with Jackson waking up to see his college roommates hunched in front of a TV, watching news coverage days after the bombings, after Tsarnaev and his brother engaged in a shootout with Watertown, Massachusetts, police as authorities closed in on them.
Jackson and two other friends of Tsarnaev's are also shown interacting with him in high school — smoking pot, talking, affectionately teasing one another. But the emphasis is on their emotions after the bombings.
One friend can't believe he did it. Another is sadly resigned to the fact that he did. All are confused and struggling.
The film ends with Jackson being questioned by a federal agent who reminds him he's not in any trouble. He just wants to talk about Tsarnaev.
"What kind of a person was he?" the agent asks.
Jackson opens his mouth to answer, then stops. He doesn't know anymore.
Kanno-Youngs said he realizes some people may see the film as an attempt to glorify Tsarnaev, but he says that is not the goal.
"It's very easy, I think, to label somebody a terrorist and have this narrative of them being a loner, a sociopath. The fact is, that's not who many people remember this person being. It's more complicated than that. It's more complex. ... This is somebody we once called 'friend,'" he said.
"That being said, when someone does something like that, that person you knew is gone."
Copyright 2016 The Associated Press. All rights reserved. This material may not be published, broadcast, rewritten or redistributed.