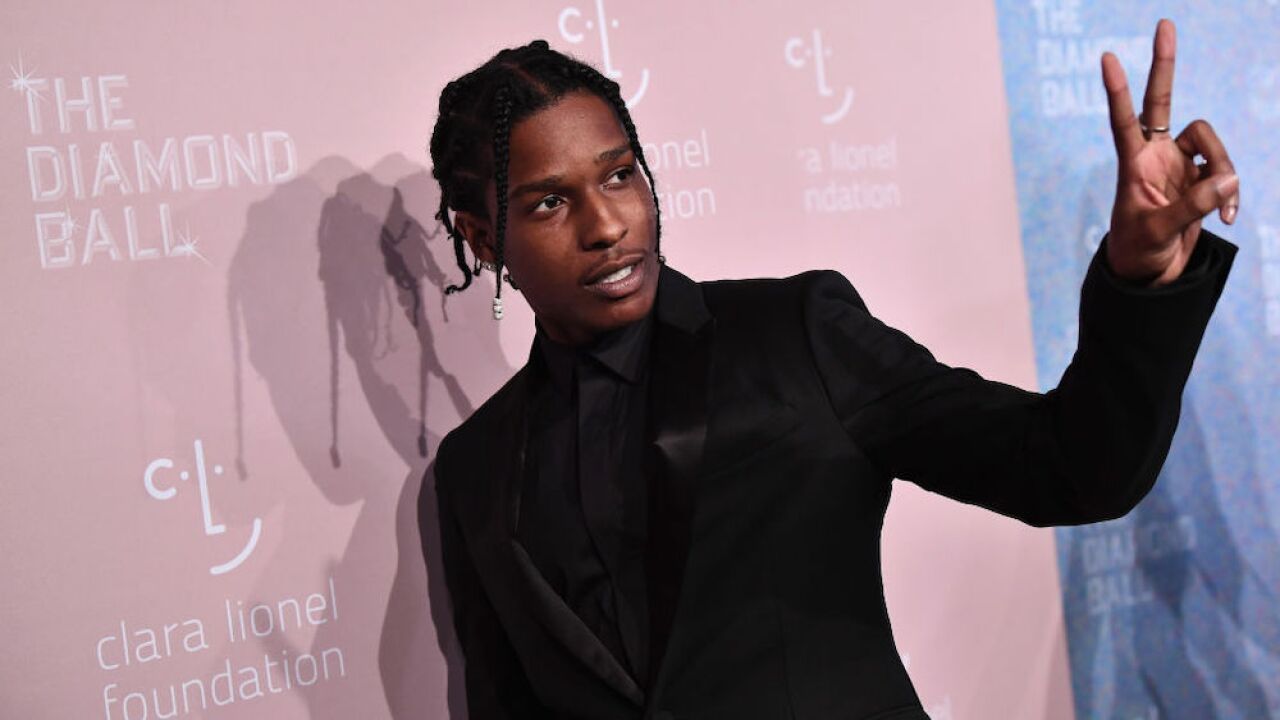 A court in Stockholm has allowed A$AP Rocky to await the outcome of his assault trial in the United States, releasing the American rapper who has spent the past month in Swedish jail.

The Stockholm District Court has not yet made a ruling in the case, but said Friday that A$AP Rocky and his two co-defendant were free to leave Sweden. A judgment will be delivered on August 14.

A Swedish prosecutor has asked for a six-month prison sentence for the rapper over an alleged assault in Stockholm in June.

A$AP Rocky has pleaded not guilty and claimed he and his two associates, Bladimir Corniel and David Rispers, were defending themselves in the street brawl.

But prosecutor Daniel Suneson told the Stockholm District Court on Friday he has proven the accused were not defending themselves and therefore cannot claim self-defense.

"In a putative self-defence situation, the violence must still be proportionate. Here we have three people delivering kicks and punches to a person lying down," Suneson told the court in his closing statement.

"The three should be convicted of assault according to my description of events," Suneson said, adding that previous sentences for such crimes ranged between six to 10 months in jail. The maximum penalty under Swedish law is two years in prison.

The alleged victim told the court A$AP Rocky and his entourage assaulted him by kicking and beating him with a glass bottle or part of one while he lay on the ground.

Slobodan Jovicic, A$AP Rocky's lawyer, said there was no evidence of the bottle hitting him.

The rapper himself admitted he briefly held a bottle during the altercation, but put it down without using it as a weapon.

The three suspects told the court they would accept community service if they had to. However, Suneson said that was not an option.

The 30-year-old artist -- whose real name is Rakim Mayers -- has been in custody since July 3.

His case has fueled a diplomatic quarrel after repeated interventions from US President Donald Trump's administration. Trump publicly demanded the rapper's release, even raising the issue with the Swedish Prime Minister Stefan Löfven.

The trial was moved to a special secure courtroom because of the huge media attention it attracted.

However, Jovicic said the case shouldn't be handled in a special way. "When they ask me who is my client, I say Rakim Mayers, I never say A$AP Rocky. This is just like any other trial."

A$AP Rocky was cross-examined by prosecutors on Thursday, the second day of the trial. The questioning was monitored from the courtroom by Trump's hostage negotiator.

Robert C. O'Brien, the US special presidential envoy for hostage affairs, also wrote a letter to the Swedish Prosecution Authority earlier this week, saying the US government wanted to "resolve this case as soon as possible to avoid potentially negative consequences to the US-Swedish bilateral relationship."

The letter was leaked to Swedish media and its authenticity was confirmed to CNN by the Swedish Prosecution Authority.

In the letter, O'Brien also asked for a humanitarian release from prison to a "supervised detention in a local Stockholm hotel pending final disposition of the case."

"I take this opportunity to remind the Prosecution Authority of the commitment by President Trump to Prime Minister Stefan Löfven that the three Americans will remain in Sweden if granted a humanitarian release."

In a response to the letter, Petra Lindh, Sweden's Prosecutor-General, stressed the independence of the prosecutor, and said "no other prosecutor, not even I, may interfere with a specific case or try to affect the prosecutor responsible."

A$AP Rocky released from prison and on his way home to the United States from Sweden. It was a Rocky Week, get home ASAP A$AP!