Video shows man crawling out of burning plane in Michigan

Two people died in a small plane crash near City Airport on Detroit's east side. We're told that three people were inside the plane at the time of the crash. 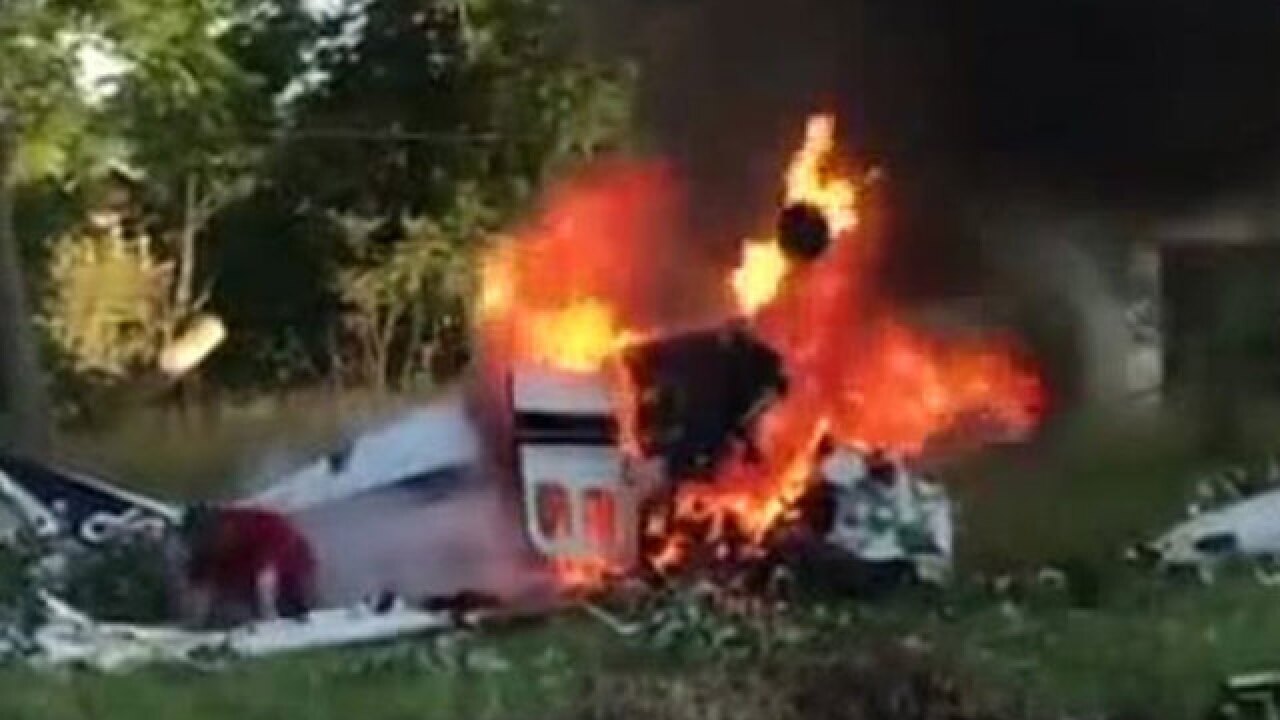 DETROIT (AP) — Authorities say two people have died and a third was injured when a small plane crashed in Detroit while heading to the city's municipal airport.

Thornton says a man and a woman died while the survivor was in critical condition. No one on the ground was injured.