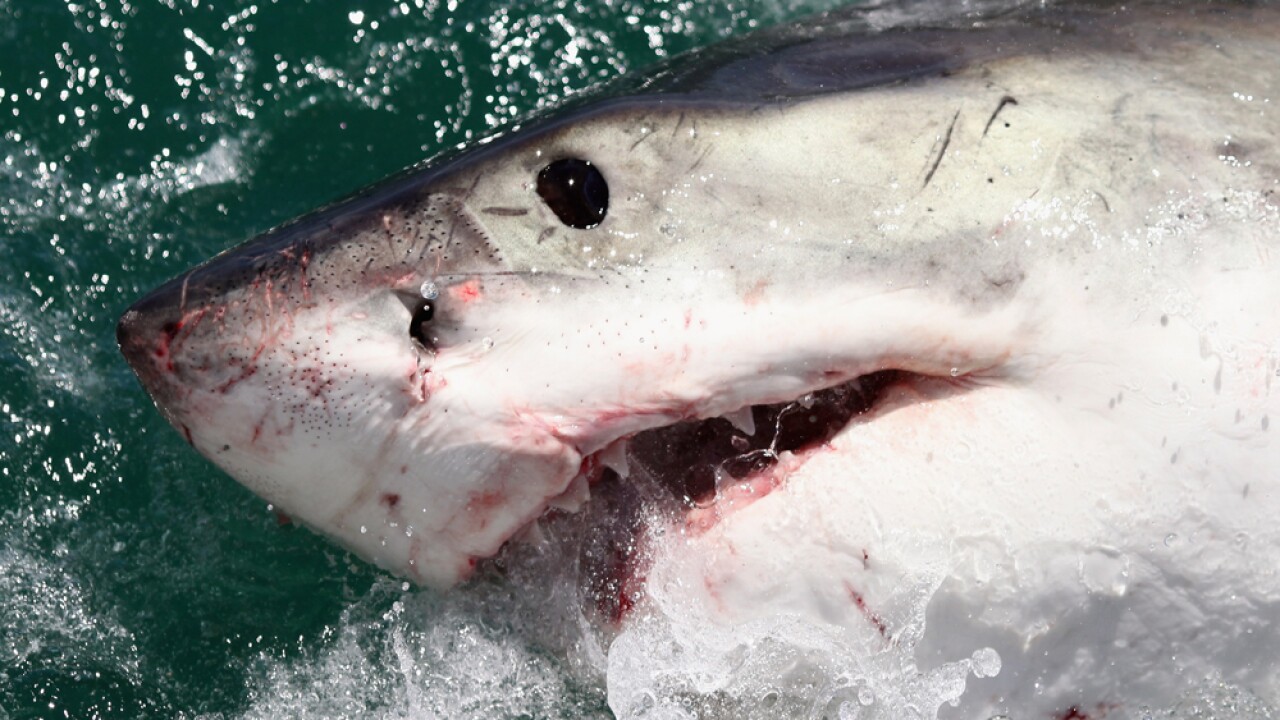 CAPE COD, Mass. — Resembling a scene from a Hollywood movie, a couple of fishermen in Massachusetts got an amazing up close look at a great white shark this week.

Video by Matty Riley, who was out lobstering with Ken Roth, of a large white shark that came up to their vessel in Cape Cod Bay around 11 am today. The shark and vessel were near a dead humpback whale. **Note: Adult language.** pic.twitter.com/kDXQw9zmBG

The organization said Riley and a friend where looking for lobsters when the curious great white shark approached their vessel.

"He's coming right up to the boat!" one man is heard on the video.

The huge shark and vessel were both near a dead humpback whale, according to the tweet.