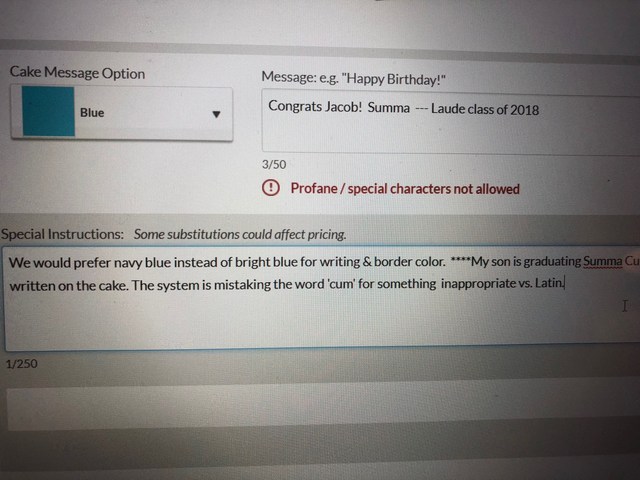 Koscinski said she then filled in a box for special instructions, explaining the Latin word and placed the $70 order. Another family member picked up the cake, not knowing what it was supposed to say. It came with the hyphens.

She says the store gave her a refund and a gift card when she complained.