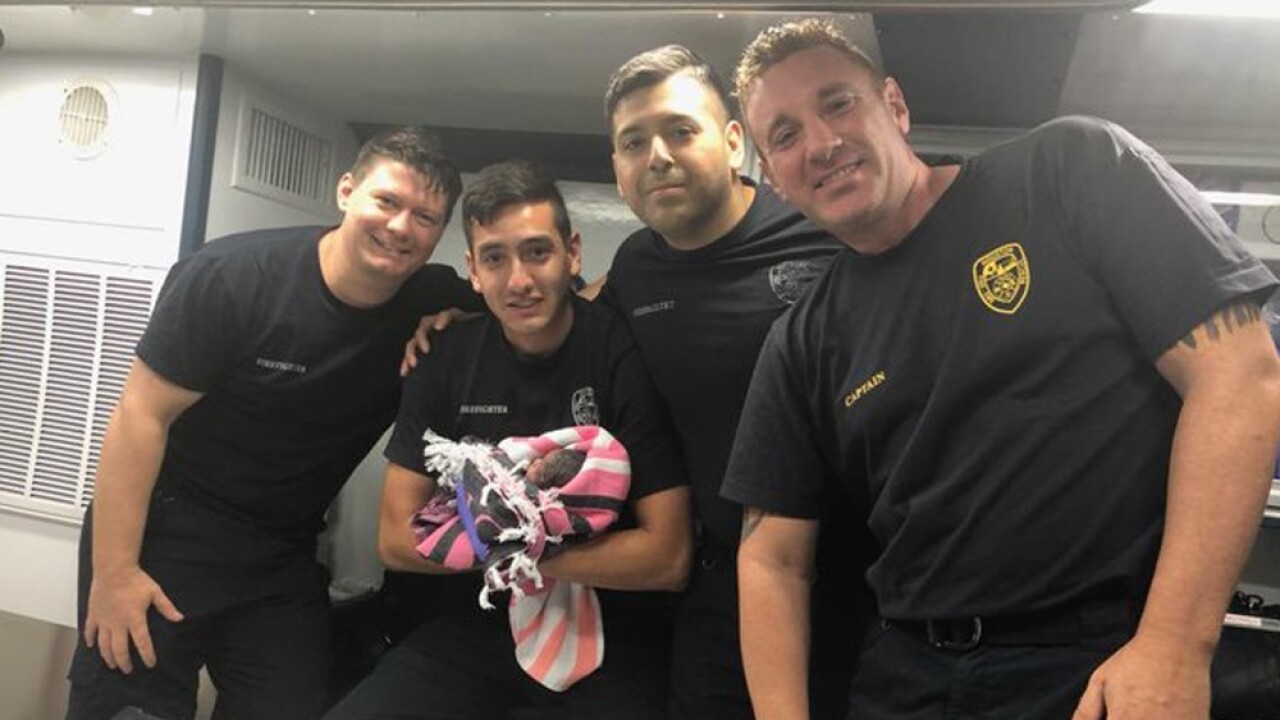 HOUSTON — A baby who was only an hour old found comfort in the arms of a group of firefighters in Houston this week.

A tweet from the Houston Fire Department on Tuesday shows four of the firefighters huddled around the little girl, who is being tenderly held.

The fire department said the child was dropped off by a woman, who they described as "visibly upset," just after midnight.

The "crew's priority was to get the baby to the hospital ASAP to get checked out," said the tweet.

KTRK reports that Texas has a Safe Haven law, similar to Florida.

Reports say the child was checked out at a local hospital and appears to be fine.

Firefighters from Station 21 took care of a newborn after it was dropped off by a woman just after midnight. The crew was told by the woman, who was visibly upset, that the baby was just an hour old. The crew's priority was to get the baby to the hospital ASAP to get checked out. pic.twitter.com/3XJOKMukZ2