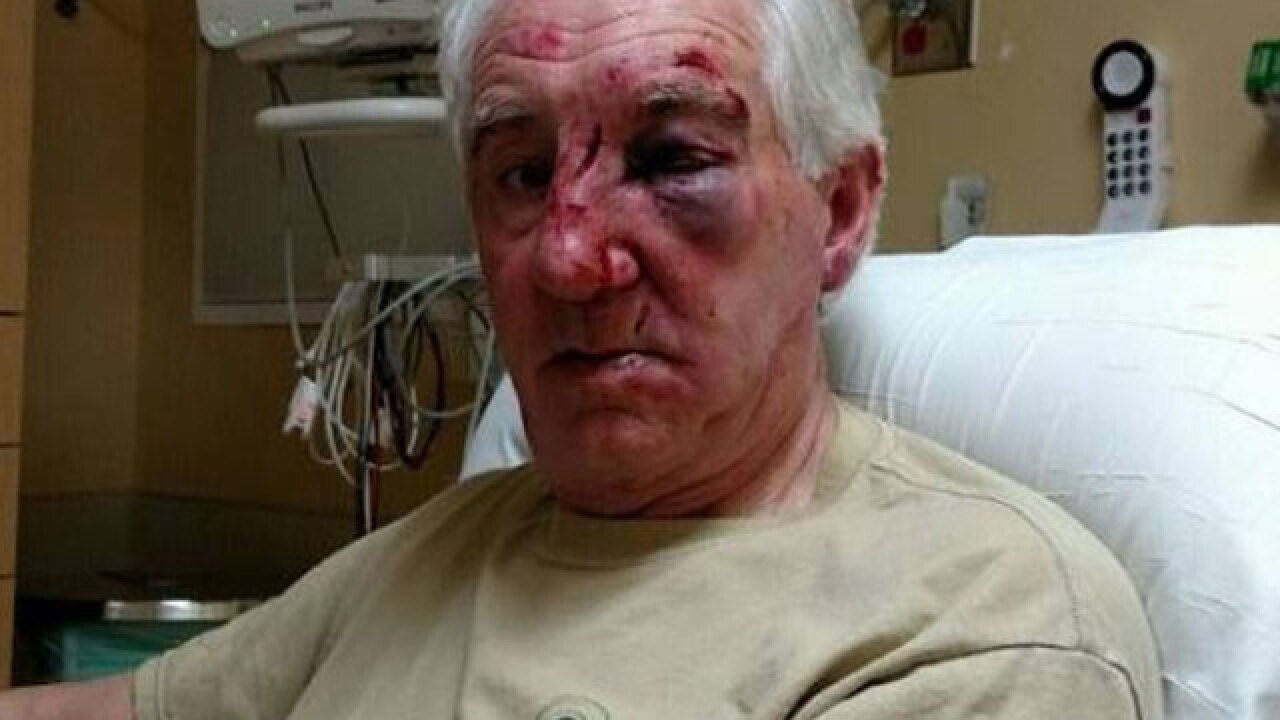 A sheriff's office in Minnesota is looking for the person who assaulted an elderly man in an apparent road-rage incident, leaving him severely injured.

The Anoka County Sheriff's Office said on their Facebook page that the incident occurred Friday at 8 p.m.

Investigators said the victim had to brake suddenly to avoid a traffic situation in front of him. This angered the driver behind him, who began to drive aggressively and taunt the victim on the road.

The victim drove home and said he didn't know he was still be followed.

Once home, the victim was assaulted by the man, who beat him repeatedly in the face and head. The beating lasted about a minute when the suspect asked the victim if he "had enough."