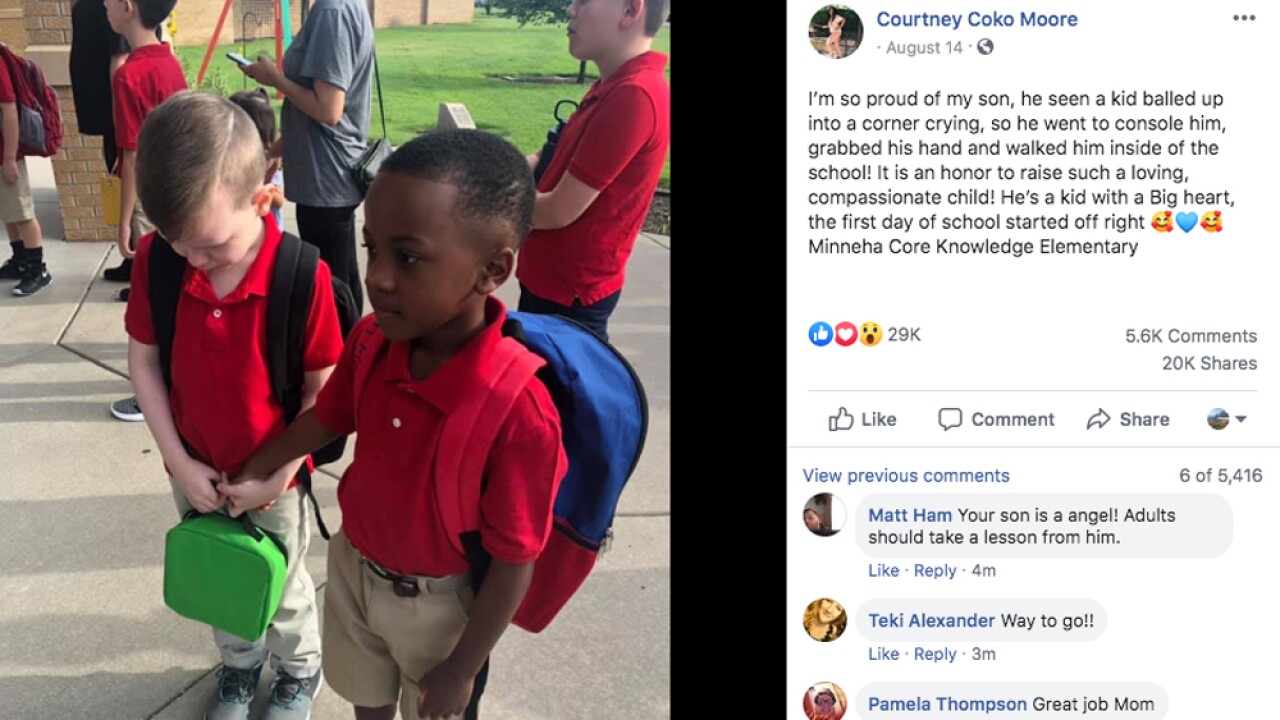 WICHITA, Kan. — Back to school can be a scary time for kids of all ages, but a photo of two little boys in Kansas is warming hearts across America.

Mom Courtney Coko Moore said her son, Christian, saw another child “balled up into a corner crying, so he went to console him.”

Moore said her son grabbed the child’s hand and walked the boy, named Connor, inside the school.

RELATED: More Back to School coverage

She said the heartwarming moment made here a proud parent because it let her know she was raising a “loving, compassion child!”

The photo was posted Aug 14 on Facebook and has been shared more than 20,000 times, receiving thousands of comments of praise.

KWCH reported that Connor's mother thanked Christian for his kind actions toward her son.

"Tell your son I said thank you so very much!" Crites commented on Moore's post. "That little boy he helped is my son and is autistic, I worry everyday that he is going to get bullied for being different and your son just absolutely warmed my heart. If there were more children like him I wouldn't worry about such things."

Moore wrote that the positive comments associated with the photo made her "teary eyed."