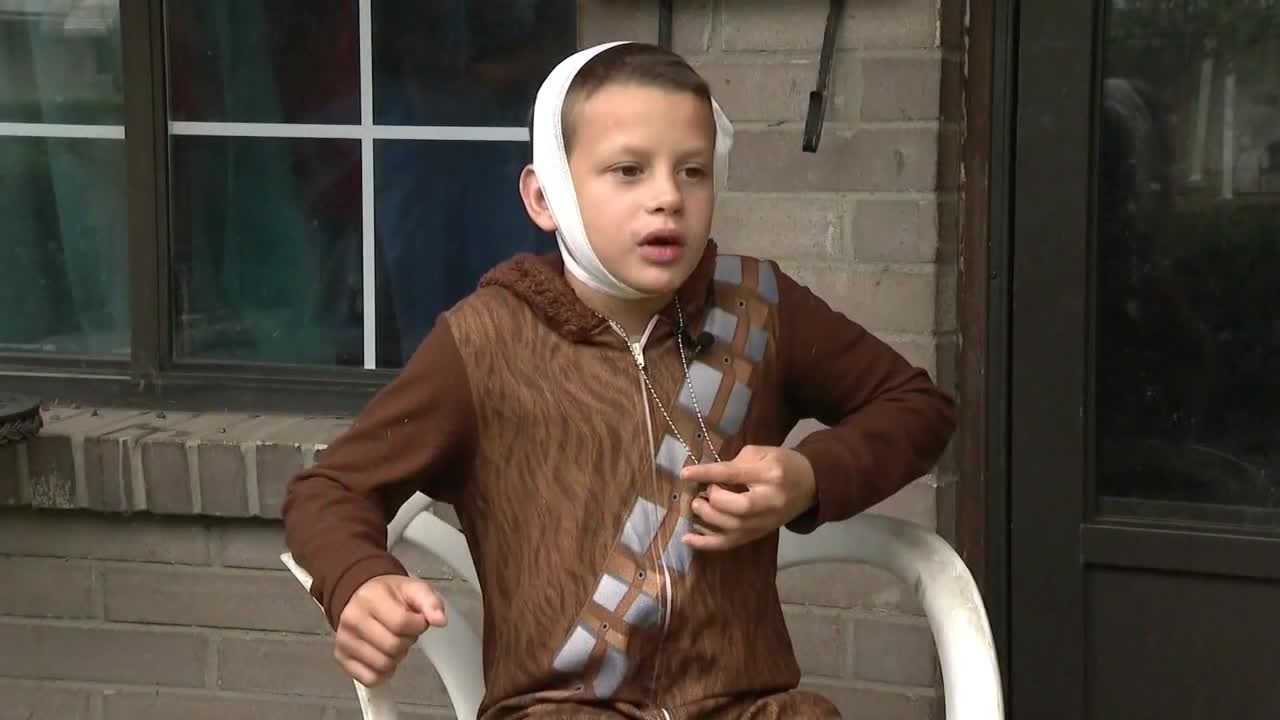 A Michigan mom has a warning for parents and their kids taking part in a burn challenge on social media -- don't do it.

DEARBORN HEIGHTS, Mich. — A Michigan mom has a warning for parents and their kids taking part in a burn challenge on social media -- don't do it.

"I just want everybody to know that these challenges, or whatever they are watching on YouTube, is not worth your risking your life. I mean, my son got second-degree burns and could have been way, way worst," said mom Tabitha Cleary.

Tabitha Cleary's plea to parents comes after her son was seriously burned in a social media challenge.

She said her son was playing with a friend when he says he was sprayed with nail polish remover and set on fire.

Jason Cleary, 12, was burned on his chin, chest and stomach and suffered serious burns.

"The first time, it (the fire) was little, and they swatted it off. Second time, they kept spraying it (nail polish remover) on me," said burn victim Jason Cleary.