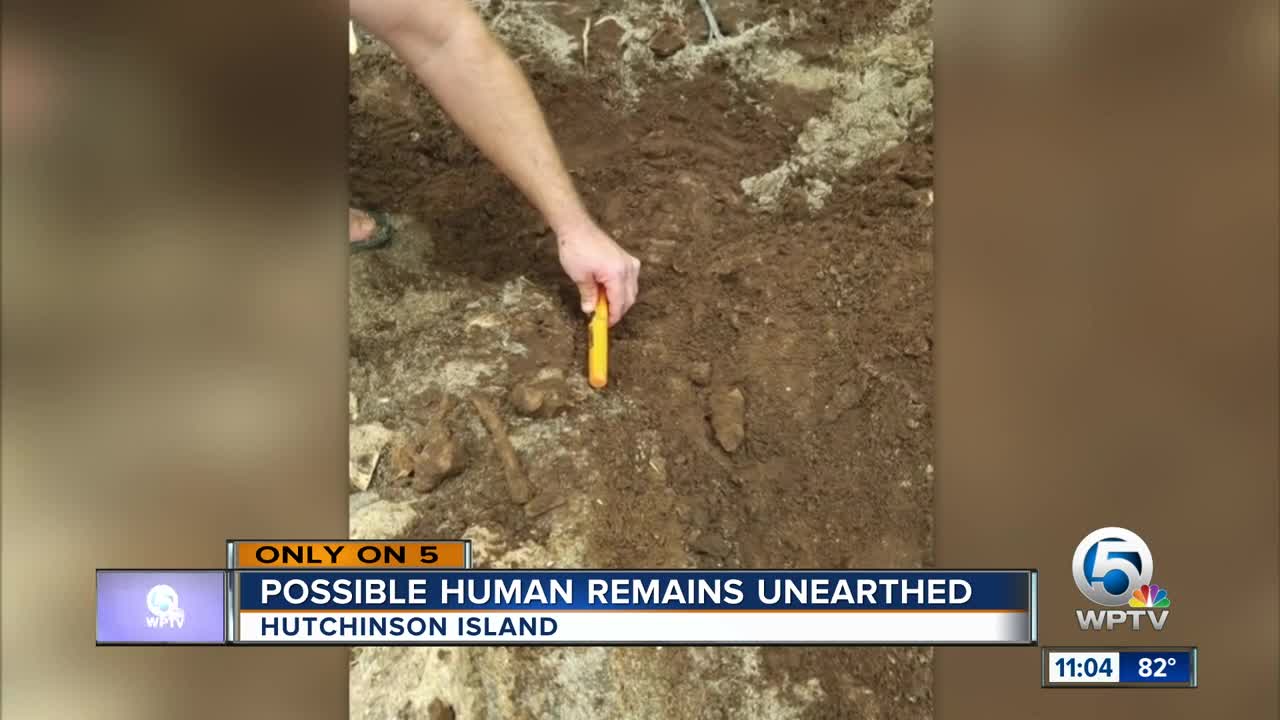 MARTIN COUNTY, Fla. — Hurricane Dorian’s wind and waves eroded much of the coastline on the Treasure Coast, leading to an interesting discovery.

Now, the remains are under the close eye of state archaeologists, who say they are working to better protect the Indian burial grounds from erosion in the future.

There is a list, mainly kept a secret, of potentially dozens of protected Indian grounds in Martin County on Hutchinson Island.

Nicolette Mariano said not long after Hurricane Dorian passed, she took a walk on the beach.

“After the storm, [I thought] I might find some nice beach glass or shells,” Mariano explained.

She came across a man giving close attention to a specific area on the beach.

“There was a gentleman out with his metal detector, and he was uncovering some stuff and it ended up being some kind of mammal bone,” Mariano explained.

She took pictures of the possible bones and posted them to Facebook.

That post grabbed the attention of archaeologists with the Florida Public Archaeology Network, which called 911 dispatchers in Martin County, notifying them of the possible discovery.

“I do know there are burial mounds extending the entire length of that beach. So, it could very easily be an archaeological erosion,” the 911 caller told dispatchers. “Probably at least 100 individuals have been buried along that coastline.”

Nicolette said she was not completely surprised. She said in the hurricanes in 2004 and 2005, other possible Indian remains were unearthed from the erosion, including pottery.

“I thought most of the artifacts were probably washed away or covered at that point,” she said.

Nathaniel Osborn is an adjunct professor at Indian River State College and teaches history at the Pine School in Martin County.

“It’s really not all the uncommon for us to come across them,” Osborn said, but it provides an opportunity to bring back up some of Martin County’s earliest known history.

Though there is little known about the tribe as their history, rituals, and customs were mostly told through the European perspective.

“Once the Europeans came, they introduced disease and the population just plummeted from that point,” Osborn said. “By the nearly 1700s, the original peoples in this area effectively no longer existed.”

Osborn said bones tied to the Ais people or other neighboring tribes could date potentially thousands of years before the demise of their tribes.

That is also why there is secrecy surrounding the sites, so they can remain a protected piece of history.

“It really is important to protect what we have simply because it’s so easily lost, it’s so fragile,” Osborn said.

It is a federal crime to knowingly disturb a protected Indian ground.

State officials are working with tribal agencies to determine the final disposition of any potential human interments at the site.