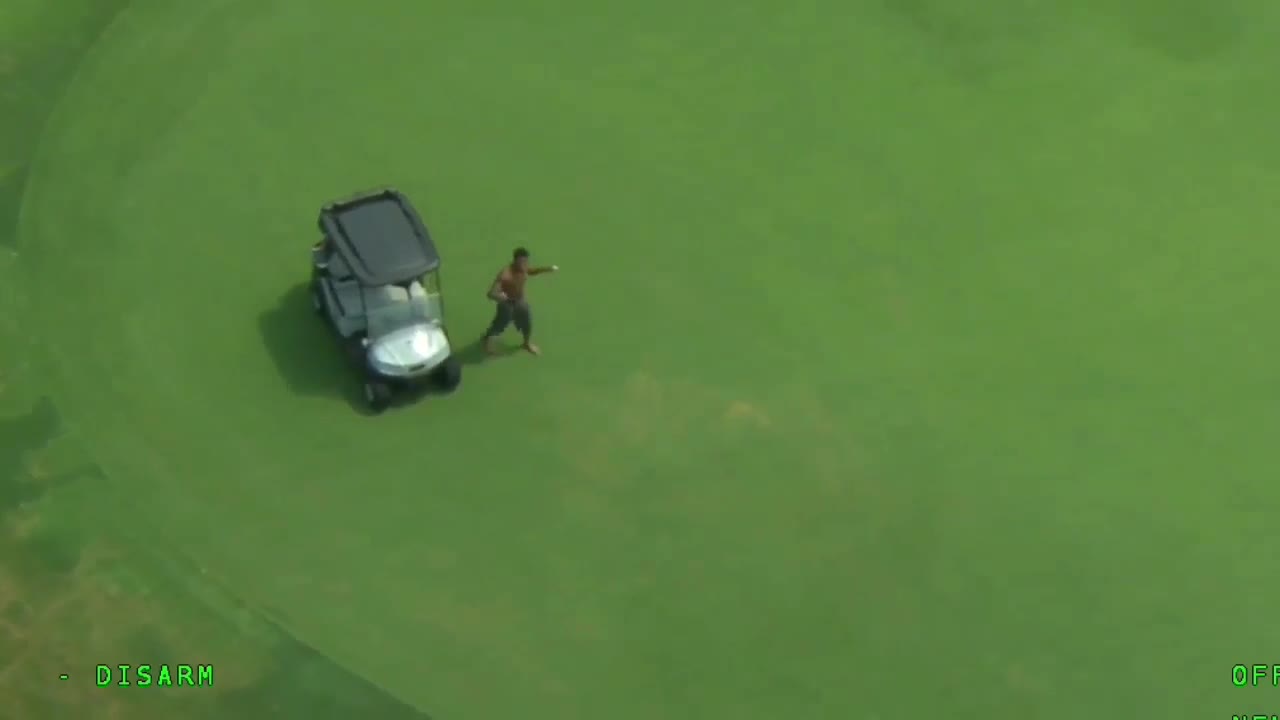 The Martin County Sheriff's Office has released video of a burglary suspect driving a stolen golf cart around a golf course before being apprehended.

MARTIN COUNTY, Fla. -- The Martin County Sheriff's Office has released video of a burglary suspect driving a stolen golf cart around a golf course before being apprehended.

On Saturday, Sept. 7, two men were enjoying a round of golf at a private Martin County community golf course when the fleeing suspect, later identified as 25-year-old Jerome Inman, appeared out of nowhere, told them he had a gun, and stole their golf cart.

Inman took the cart on a low speed ride around the golf course while deputies monitored him from the MCSO Air1 helicopter.

Inman, who is from Greenacres, was one of two to three men who went on an auto theft crime spree in Martin County.

The men burglarized a number of vehicles at the Cracker Barrel restaurant near Stuart, stole a vehicle from a gas station in Palm City, crashed that vehicle near Leighton Farms Road and then fled on foot.

Inman made his way onto the golf course. He later told deputies that he stole the cart because he thought he could make a faster getaway.

Jerome Inman was charged with Grand Theft Auto and remains at the Martin County Jail.

A second suspect was also captured. The golfers were not injured.