OIG reviewing range of businesses that got funds 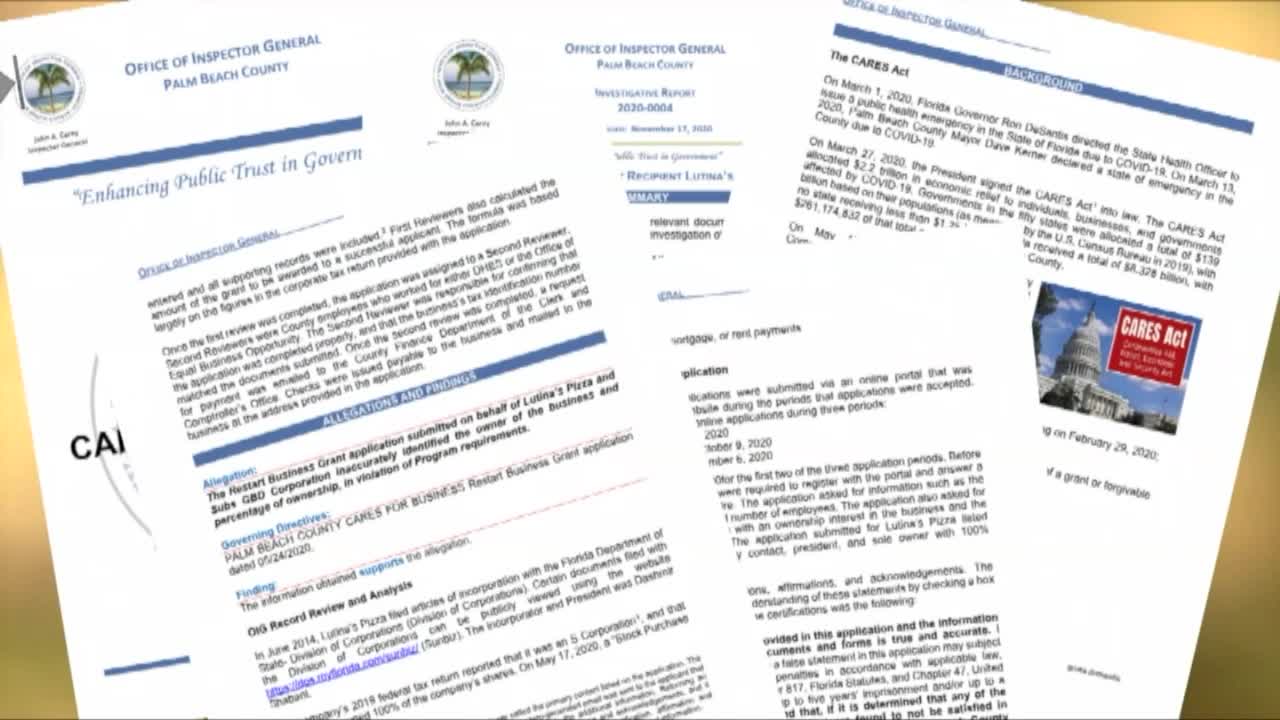 Tuesday, the county's watchdog, the Palm Beach County Office of Inspector General, released the first of many reviews of CARES Act funds sent to small businesses and non-profits.

The OIG reviewed the application of the former owner of a West Palm Beach pizzeria that reviewed $25,000 in CARES Act funds after the county's Department of Housing and Economic Sustainability found information that the application had a few mistakes.

Carey said one former owner of the restaurant did not name other owners or what percentage of the business they owed, as required by law.

The OIG found the "inaccuracies in the application" were due to "miscommunication" and also found no evidence "that grant funds were misused."

In this case, the OIG said, the name of the owner was printed on the application by a bookkeeper.

Carey's office recommends future applications need to be signed, telling Contact 5 then "the person who is signing that document is liable."

In a news release, the OIG wrote they "did not find clear evidence of fraud in the $25,000 grant."

Carey told Contact 5 that Palm Beach County would decide if it should try to recoup some or all of the $25,000 grant.

This isn't the last CARES Act disbursement the OIG is reviewing. In fact, it's the first of many.

"We're doing quick looks at a number of the businesses, randomly selected businesses from all ranges of businesses throughout the county," Carey said. "We've already done 13 on-site assessments."

Carey said many of those investigations are wrapping up and expect more reviews and reports to be published as early as the first week of December.