More than $9 million spent on Florida ballot amendment this November

It's unclear who's behind fundraising 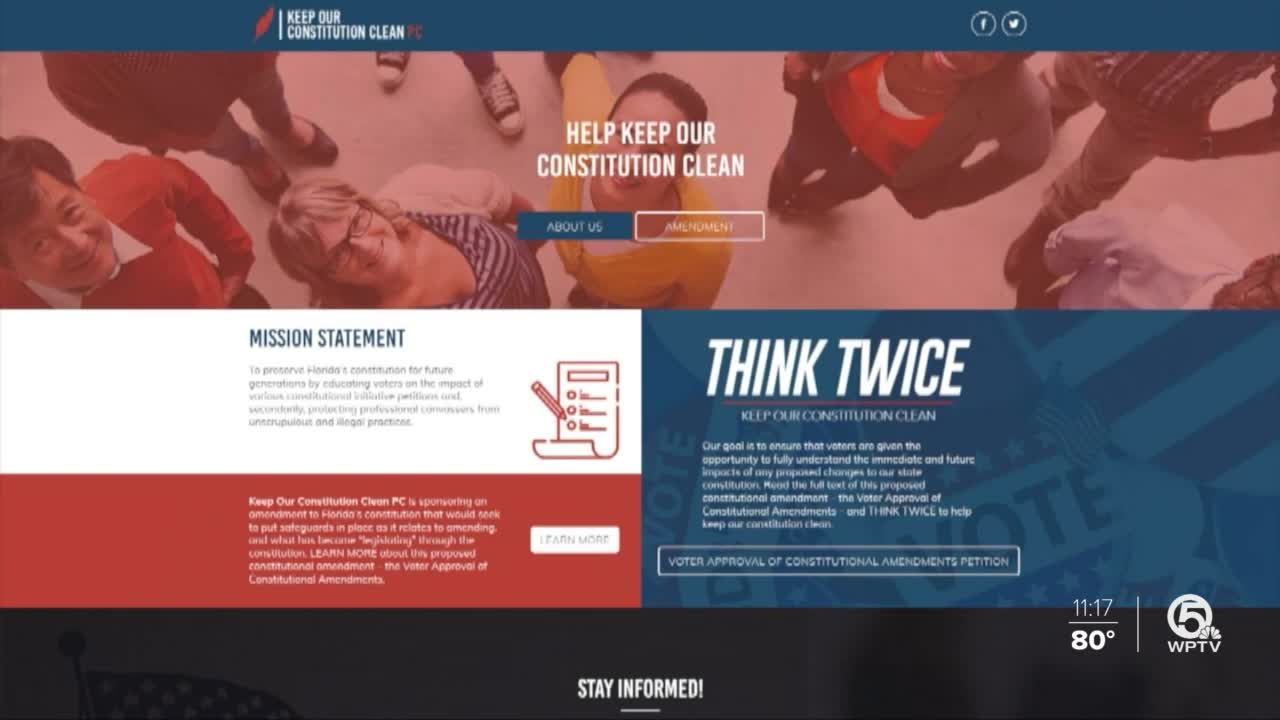 More than $9 million was spent to get Amendment 4 on the ballot this November in Florida, asking voters to limit their own ability to make changes to the state constitution. It's unclear who's behind the donations to the group in support of the amendment.

WEST PALM BEACH, Fla. — Over $9 million was spent to get Amendment 4 on the ballot this November in Florida, asking voters to limit their own ability to make changes to the state constitution.

The change would require Floridians to vote twice, in two separate elections, on amendments to the state's constitution before an amendment is approved.

But the group behind the push is facing legal action from the League of Women Voters because it's unclear who's behind the millions of dollars it raised to get the amendment on the ballot.

"The voters deserve to know who is behind the initiative," said Patricia Brigham, president of the League of Women Voters of Florida, in an interview with Contact 5. "It's about transparency in government."

"We're not spending any money on advertising," Zimmerman noted to Contact 5.

"In Florida, I believe it is legal," said Nick Tomboulides of the donations.

"Nine million dollars has come in to try to silence the people of Florida via Amendment 4, and we have no idea where it is coming from, and that to me is very alarming," Tomboulides told Contact 5.

Zimmerman defended the fundraising, saying "the money was raised for petition gathering. It was raised to get us on the ballot."

He added the group may name its financial supporters in future filings, but those filings are not due until after next month's election.

When asked to name the contributors, Zimmerman told Contact 5, "As of right now, I don't even know. ... I just took over as chairman, so I don't know."

"We don't like being left in the dark," said Brigham, "and neither should our voters."

A judge has not scheduled a hearing on the League of Women Voters case against Keep Our Constitution Clean PC.