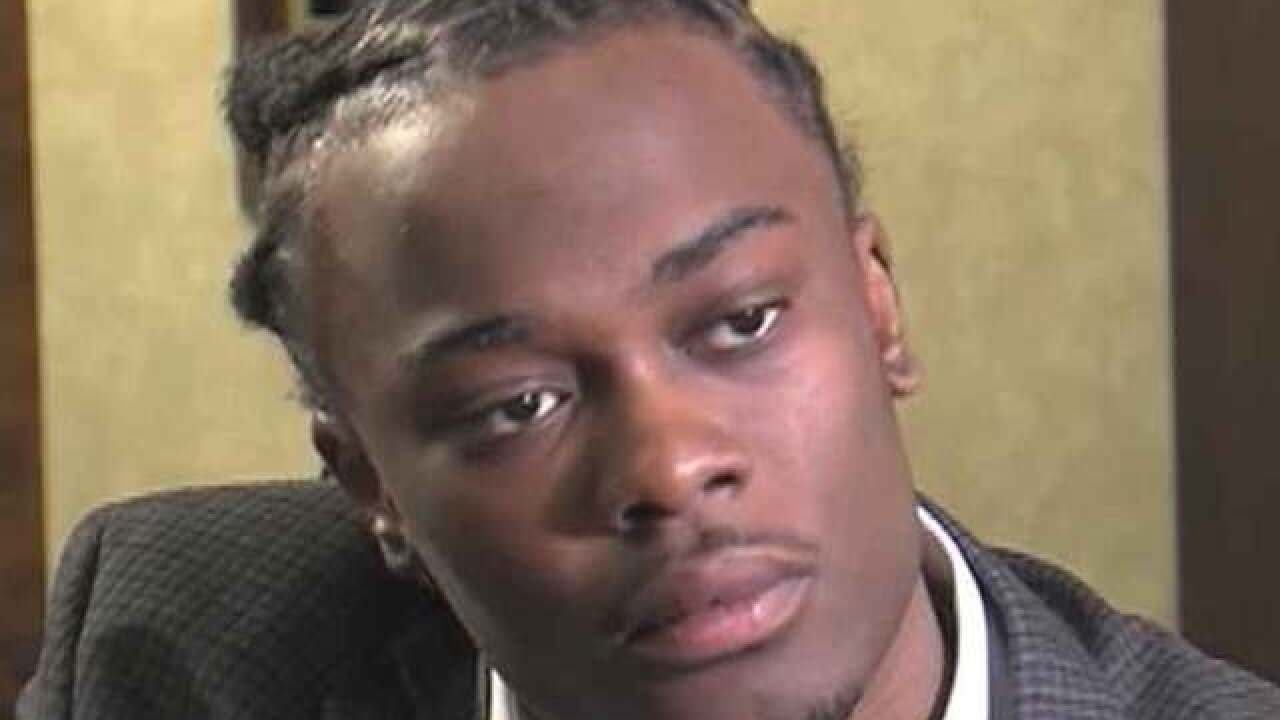 Sitting in his wheelchair, Dontrell Stephens is remarkably shy and soft spoken but does not hold a grudge toward the Palm Beach County sheriff's deputy who shot him four times in 2013, leaving him paralyzed from the waist down.

"No I’m not mad at him. He just did the wrong thing,"  Stephens said when describing how deputy Adams Lin pulled him over for a bicycle infraction and mistook the cell phone Stephens was holding for a gun.

"No one has given me an apology yet.  If I was to speak with him that would be my words.  Are you going to give me an apology for doing the wrong thing?" he said in his first interview with the media.  On Thursday morning, he spoke exclusively with Contact 5 Investigator Katie LaGrone about the shooting and the stunning $23 million judgment a federal jury recently awarded him in his civil lawsuit against the sheriff's office.

Stephens won't see any of the money until the state legislature approves it.  Since PBSO is a government entity, any damages over $200,000 must be approved by lawmakers and the legislature is known not to like so called "claims bills."  They approve very few.

Stephens plans to use the money to take care of the extensive medical bills he's racked up and the millions he'll need for a lifetime of healthcare.  Bound to a wheelchair, Stephens needs round-the-clock care.

Stephens is confident the legislature will approve his claims bill.

"My faith is strong, very strong in God." he said.

Stephens, who has three of the four bullets still lodged in his body, is also set on walking again.

"I’ve had several people tell me that they’ve had dreams of me walking again so yeah, I’m not going to give up," he said.