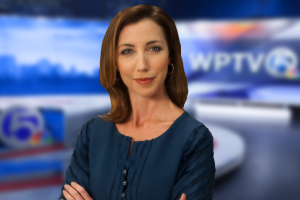 Katie LaGrone is the Florida Investigative Reporter for the E.W. Scripps Company.

Katie LaGrone is the Florida Investigative Reporter for The E.W. Scripps Company. An award-winning investigative journalist, Katie’s reports can be seen on ABC Action News in Tampa, WPTV NewsChannel 5 in West Palm Beach and FOX 4 in Fort Myers.

Prior to helping to create the Florida Investigations team, Katie spent 6 years as an investigative reporter for WPTV. In 2011, she exposed the dangers of keyless cars. Shortly after her series of reports, the National Highway Traffic Safety Administration announced it would propose new rules to protect consumers and help prevent more keyless deaths around the country.

In 2015, she and her team at WPTV partnered up with the Palm Beach Post for an unprecedented look into deputy-involved shootings in Palm Beach County. The “Line of Fire” series attracted national attention, inspired countywide meetings and prompted local authorities to adopt a number of new use of force policies.

Katie’s pursuit for the truth and her tenacity to fight for change has been a more than decade-long journey. In 2006, she was the first broadcast journalist to expose restaurants serving customers substitute fish but calling it grouper. The investigation spawned an international investigation by the Food and Drug Administration. The report also won Katie a National Edward R. Murrow Award.

Katie is married to WFTS News Anchor Paul LaGrone. They are the proud parents of two young boys. When she can steal a few minutes of free time, Katie enjoys hiking, strolling through gourmet grocery stores and loves to grill!

Katie is always looking for solid tips and powerful stories, feel free to send her an email or visit her on Facebook and Twitter !