Both got $600 water bills recently 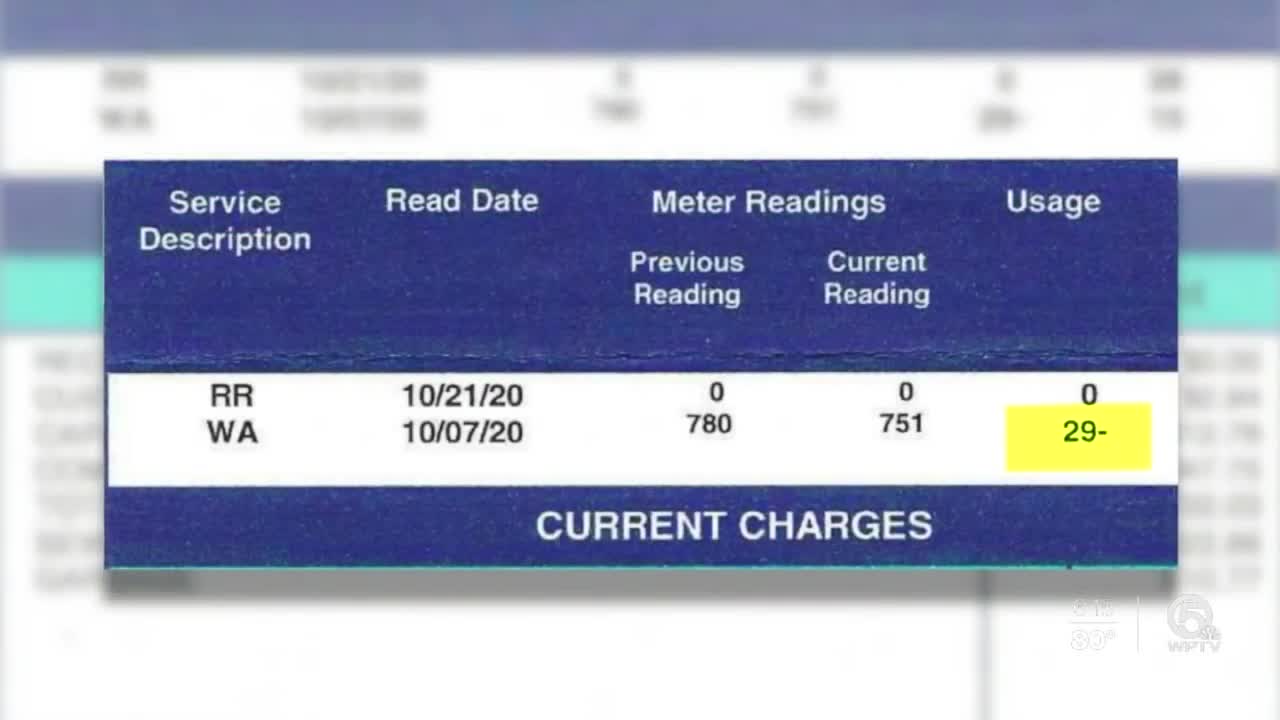 Some Delray Beach residents are wondering how they wound up with negative and zero usage recordings on their water bills.

DELRAY BEACH, Fla. — Two Delray Beach residents said they are still having issues with the latest bills they've received for water use from the city.

Last month, Contact 5 spoke with Maura Hopkins and Ron Godfrey, two neighbors who were shocked to receive water bills that were more than $600.

"I received my water bill now, and it's very crazy," Hopkins told Contact 5. "It's negative."

Hopkins said she doesn't understand why she received a bill for negative consumption.

"I have no idea, no clue," she told Contact 5. "I've been taking showers. I've been using my water."

She showed Contact 5 her latest water bill from the city of Delray Beach, which shows her usage decreased from the previous reading and negative charges for water.

Godfrey said his latest bill shows he had "zero" water consumption last billing cycle, even though he's been using the water. In an interview with Contact 5, he questioned the costs on his bill as well.

Just like Godfrey, Hopkins charges don't add up, she said.

"There's no rhyme or reason to their billing," Hopkins said in an interview.

A city representative said the latest billing discrepancies are a result of the city balancing prior bills, which included estimated usage. The city said these customer have lower bills because they used less water than expected.

When Contact 5 spoke with Godfrey and Hopkins last month about the $600 water bills each received, the city said it was because they weren't charged for water consumption for more than 18 months due to a glitch.

After a second round of billing issues, both said they're even wearier of the city's numbers.

"I think it's not fair that the bills are not accurate, and so how can you rely [on] that anything is accurate if the numbers just don't add up?" Godfrey said.

Hopkins told Contact 5 that everyone should keep a close eye on their water bills.

"I think everybody needs to take a look at their bill, total it and see what they're being charged for," Hopkins said.