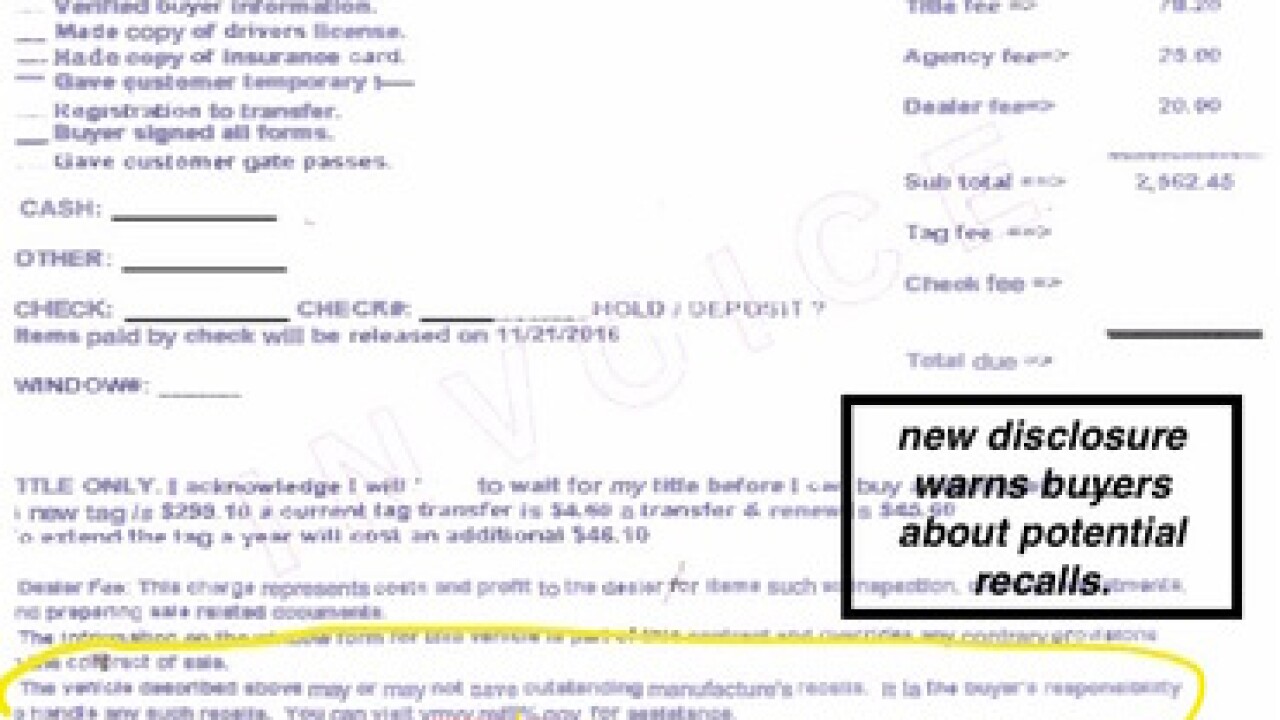 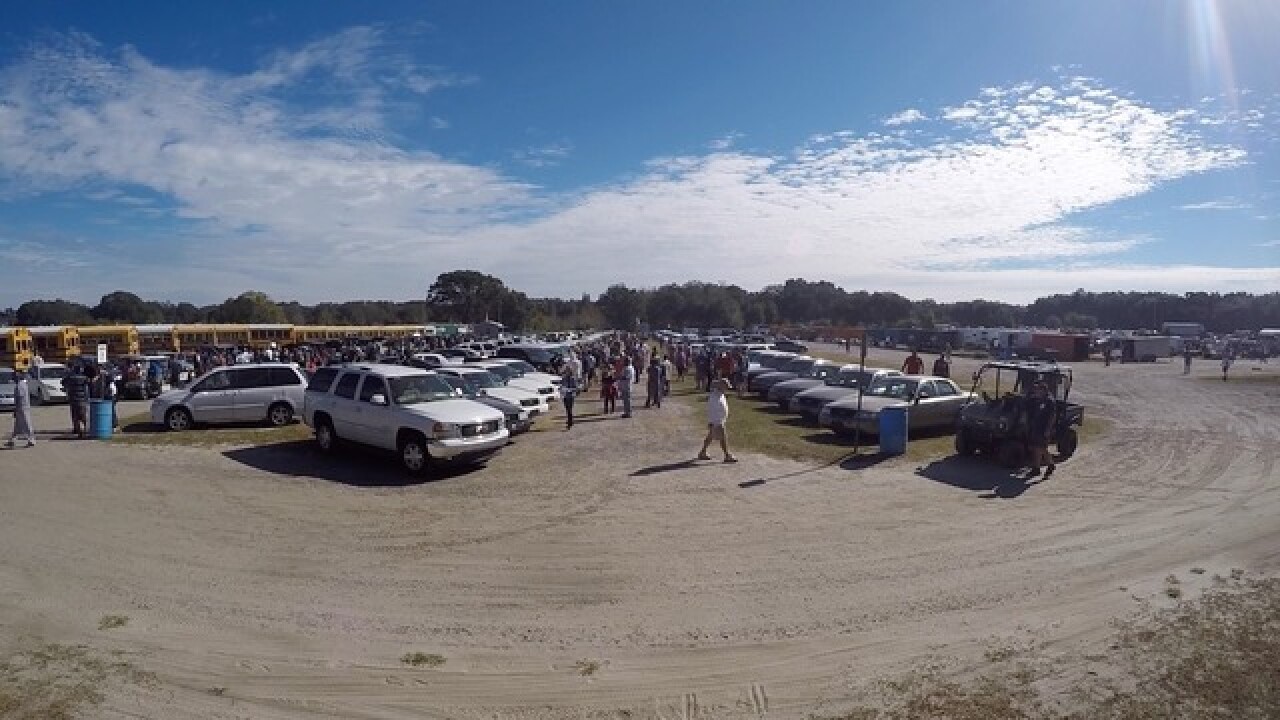 Contact 5 Investigator Katie LaGrone has learned the Florida Highway Patrol revised its policies and Tampa Machinery Auction (TMA), an auction company contracted by local and state government agencies in Florida, has added a new disclosure to its buyers’ contracts. It lets consumers know the vehicles they purchase "may or may not have outstanding manufacturer recalls."

The new disclosure also lists the federal government website where consumers can search to find out if a vehicle has an open and active recall.

“We added that [new disclosure] because of you guys,” said Dave Nelson, owner of Tampa Machinery Auction. “It’s not a bad idea to tell a buyer, 'Hey, you have these tools available to you, use them,'” he said.

Last week, LaGrone shared with the auction company findings from her Contact 5 Investigation that found dozens of government agencies auctioning off retired government vehicles that had open and active recalls.

"We got some calls, we got some reaction," said Nelson about government agencies contacting him after we started asking those agencies questions.

LaGrone discovered local county agencies, sheriff’s departments and state agencies including Florida’s Highway Patrol, selling cars at auction with potentially dangerous recalls including airbag recalls and wheel issues that could cause a driver to lose control.  FHP had nearly two dozen vehicles up for auction with active recalls, the most of any one agency we found.

At a recent auction, Mike Pittway and his wife purchased a state of Florida black crown victoria for $1400.  The couple only hunts for government deals.

"I trust them more than I trust the others.  They take care of maintenance," he said.

But when asked if they knew the car had an active recall for headlights, Mrs. Pittway responded, "no, I did not."

Richard Harvey's old FHP cruiser cost him $2200 but he, too, didn't know the car had an active recall over potential headlight issues.

"They should have fixed it before they sold it here," he said.

When asked why the state’s top road police were sending cars to auction with active recalls, Beth Frady, spokesperson for its parent agency (DHSMV) said, “in the case of the recall on the specific vehicles you inquired about, when a recall notice is issued, the notice states that a consumer must wait until a second notification is sent by the manufacturer as parts are not available or a remedy to the issue has not yet been determined."

When government agencies sell retired fleet vehicles, those vehicles are sold “as is.”  Still, the Florida Highway Patrol is now paying more attention to cars with active recalls.  In an agency bulletin, FHP revised its recall verification process.  Troopers must now document if a recalled FHP vehicle has been fixed, parts ordered or if the remedy is not yet available by the car manufacturer.  According to the bulletin released in response to our findings, a traded FHP vehicle "will not be accepted and the new vehicle cannot be delivered without verification of the Recall Policy compliance."

FL Representative Gayle Harrell (R-Stuart) believes consumers should be warned about cars with active recalls before they place a bid.

The Pittways and Harvey Rogers drove away from the auction lot on Saturday now knowing they have recalls to take care, something the government agencies they purchased the cars from never told them.

Click here for full coverage on this issue including how you can check if a car has an active recall.