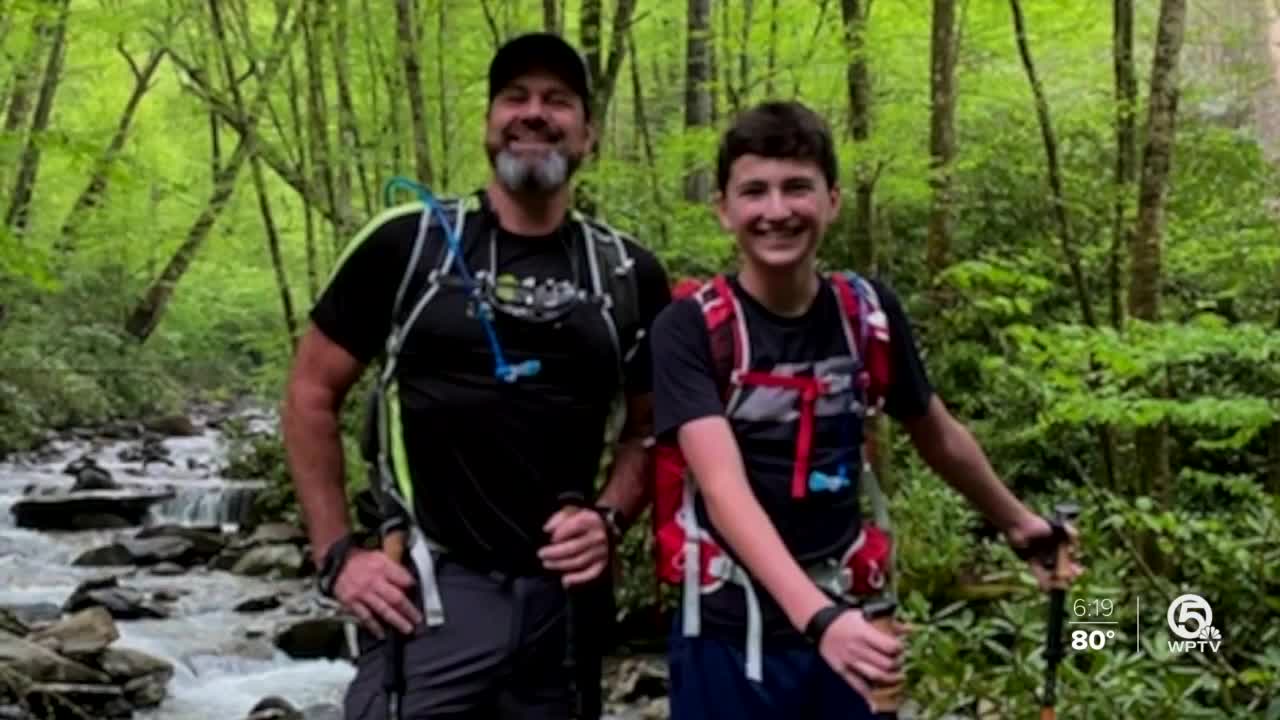 For the most part things in 13 year old Christopher Hoffman's life are measured, that includes distance learning five days a week.

WELLINGTON, Fla. — A teenager from Wellington is following his dreams all the way to the top of Africa's highest mountain.

For the most part, things in 13-year-old Christopher Hoffman's life are measured, including distance learning five days a week.

Hoffman is growing fast, and as a middle schooler, the growth isn't only physical.

His interests have expanded to gardening, classical piano and mountain climbing.

"I'm really kind of hooked into it," said Hoffman.

To keep up with his passion for mountain climbing, Christopher and his dad, James Hoffman, have traveled all over the country to places like the Sawtooth Mountains, Mount Whitney in California and Mount LeConte on the Appalachian Trail.

The teenager said the trips bring him and his dad closer together.

“You go through not only a mental but physical experience together, and it's not necessarily suffering, but you're kind of just wearing yourself down together, and having that company, it just builds your bond," Christopher said.

It's part of the reason he's so passionate about these adventures.

"I'm just trying to do the best I can to keep up," the teen's dad said.

He said his ambitious son's drive motivates those around him.

"He inspires me all the time actually, and that's probably the most beneficial thing that's happened to this family, just having him around," said James Hoffman. "There’s always life in the room. There's always great conversation, and there's always something to look forward to."

The Hoffman's and a group of family friends are setting their sights higher and farther with a December trip planned for Tanzania's Mount Kilimanjaro.

James Hoffman said he's not worried about his son being the youngest in the group.

Like other things in their life, the two are sticking to a regiment in preparation for the big trip.

"Maybe like a 2-mile run and then planks, pushups, squats, lunges sit-ups or sometimes we might do a long-distance run or bike maybe a 4-mile run or a 25-mile bike ride," Christopher said.

He hopes other teens who learn about his trip find the motivation to pursue their own goals beyond their backyard.

"Most kids your age are just playing video games or doing whatever, but, you know, I try and have a bigger picture in my head and not limit myself to the little comfortable things that are here," said Christopher. "I realize if I struggle a little bit, it can pay off so much more."

He expects the trek up and down the highest point in Africa will take them five days, but he hopes the feeling stays with him forever.