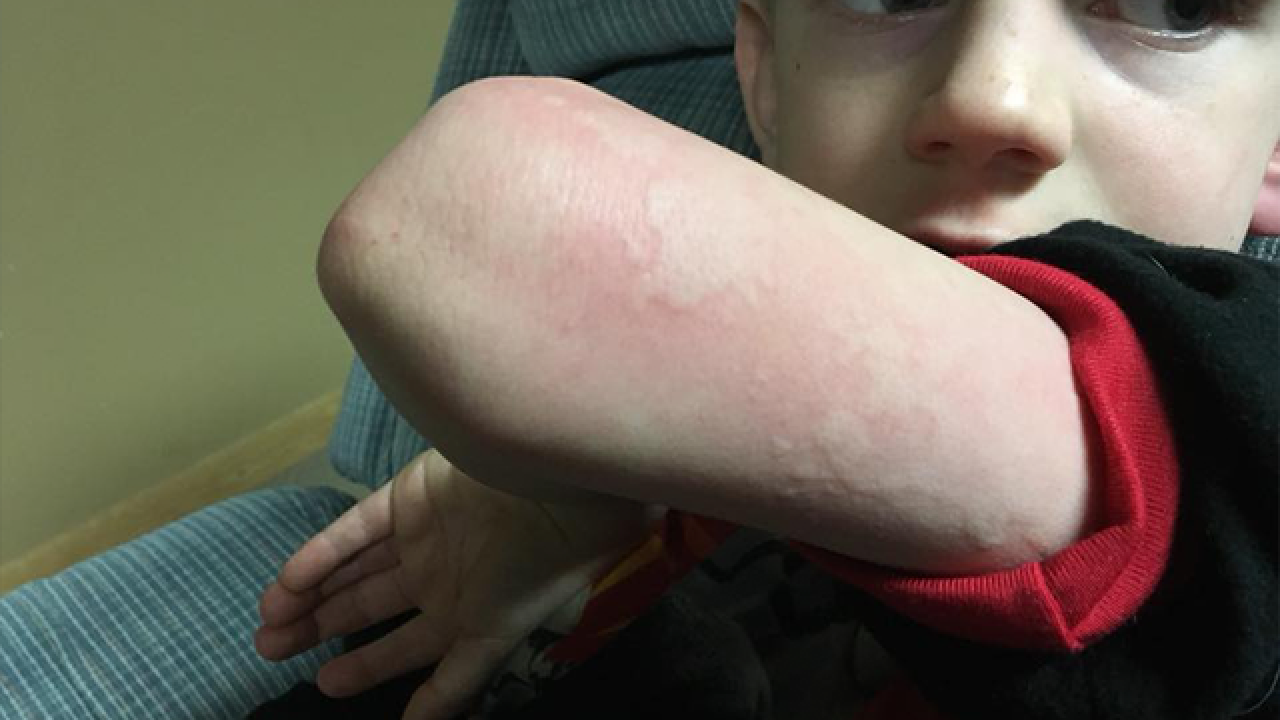 Brodi Willard, who shared the image on Facebook, says that her 6-year-old son tested positive for influenza without showing any typical flu symptoms.

"He has had NO symptoms," her post reads. "No fever, no cough, and no runny nose. He only has hives."

Willard says her son came home from school with hives and every time he would scratch, more would appear.

She tried changing his clothes, giving him a bath ... but none of her attempts helped the problem.

After contacting her son's pediatrician, she learned that two other children were brought into the doctor's office that day with the same symptoms. Those children tested positive for influenza, according to Willard.

She immediately took her son to the doctor and sure enough, he tested positive for Influenza B.

"Please keep watch on your children so if they develop hives, please call your pediatrician," Willard wrote. "I have never heard of this symptom but it is obviously something to be on the lookout for."

This flu season is fierce and has already claimed the lives of at least 30 children in the United States, according to the Centers for Disease Control and Prevention.

Avoiding the flu this year is harder than ever and although the flu vaccine is only 10 percent effective this year, the CDC says it's the best bet for fighting the flu. Check with your physician, your county health department, or click here to find a list of locations to schedule your flu vaccine.