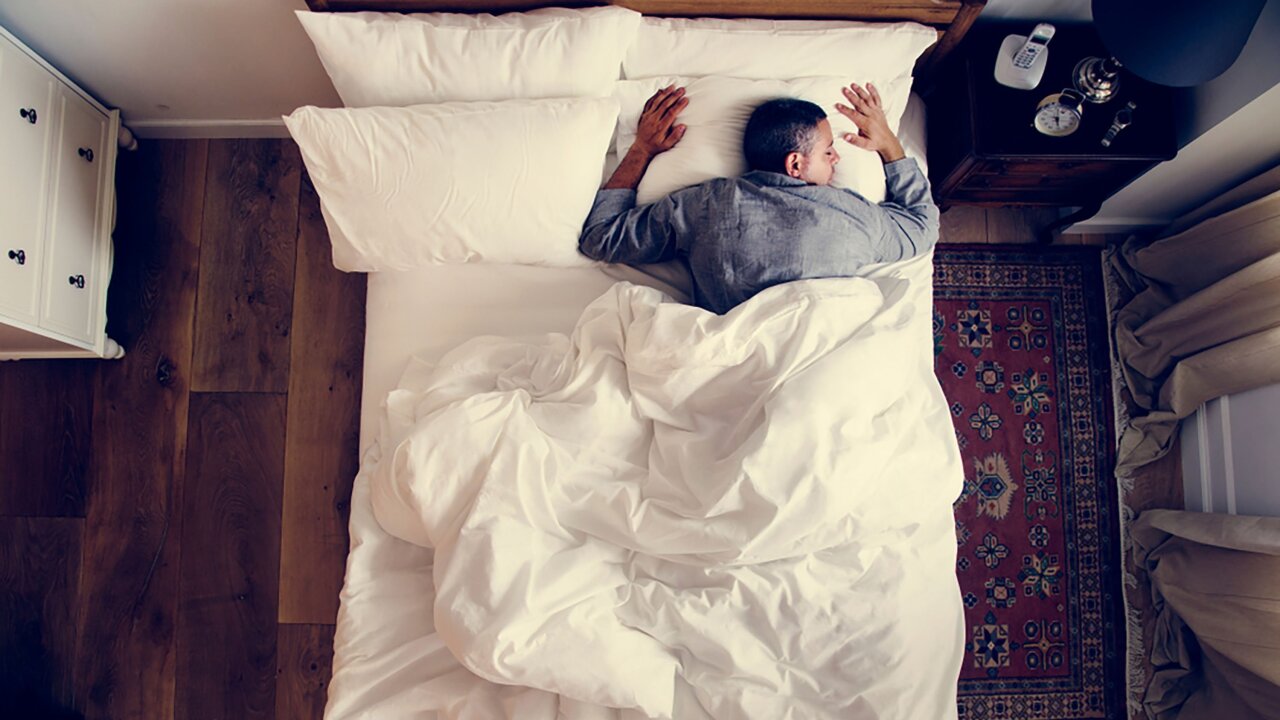 Rawpixel.com/Shutterstock/Rawpixel.com/Shutterstock
Certain commonly used sleeping pills will now contain a new boxed warning alerting patients to possible serious or life-threatening behaviors that may result from taking these drugs, the US Food and Drug Administration announced Tuesday. The move follows several reports of rare but serious injuries and deaths resulting from sleepwalking, sleep-driving and other complex behaviors while sleeping, such as unsafe use of a stove

(CNN) -- Certain commonly used sleeping pills will now contain a new boxed warning alerting patients to possible serious or life-threatening behaviors that may result from taking these drugs, the US Food and Drug Administration announced Tuesday. The move follows several reports of rare but serious injuries and deaths resulting from sleepwalking, sleep-driving and other complex behaviors while sleeping, such as unsafe use of a stove.

Eszopiclone (Lunesta), zaleplon (Sonata) and zolpidem (Ambien, Ambien CR, Edluar, Intermezzo and Zolpimist) will require the new boxed warnings, which are the most prominent of FDA cautions, the agency said.

"These incidents can occur after the first dose of these sleep medicines or after a longer period of treatment, and can occur in patients without any history of these behaviors and even at the lowest recommended doses," Acting Commissioner Dr. Ned Sharpless said in the statement.

The agency also says doctors should not prescribe these medicines to patients who have experienced such episodes after taking these drugs.

Millions of Americans use sleeping pills, according to a US Centers for Disease Control and Prevention report: About 4% of adults have used prescription sleep aids in the past month. More adult women (5%) use prescription sleep aids than adult men (3.1%), while white adults (4.7%) are more likely to use the pills than black (2.5%).

Not all sleep aids pose these risks, the FDA noted.

The labels of sleeping drugs that contain eszopiclone, zaleplon or zolpidem already include a warning, the agency said. Together, the new boxed warning and the new rule against prescribing to at-risk patients are intended to emphasize existing warnings while suggesting that the risk of injury and death is serious.

The FDA identified 66 reports of patients over the past 26 years who had taken either eszopiclone, zaleplon or zolpidem and then experienced serious injuries or death while not fully awake.

"Patients usually did not remember these events," a drug safety communication from the FDA said. "The underlying mechanisms by which these insomnia medicines cause complex sleep behaviors are not completely understood."

Pfizer, drug maker of Sonata; Sandoz, maker of Ambien; and Sunovion, maker of Lunesta, did not respond to requests for comment.

In 2013, the FDA required makers of sleeping pills with the active ingredient zolpidem to lower their recommended doses. At the time, researchers had found high blood levels of zolpidem in some patients the morning after they took doses affecting their cognitive skills, including their ability to drive.

The FDA said then that lower doses of zolpidem would cut down on morning-after blood levels. The agency also noted that the recommended dosages should be lower for women, because they don't process zolpidem out of their systems as quickly as men, though doctors might also consider lowering doses for men. And patients using extended-release forms of these pills are at higher risk of next-morning impairment, according to the agency.

All patients should be notified about possible "morning after" risks, the FDA said at the time.

Dr. Janet Woodcock, director of the FDA's Center for Drug Evaluation and Research, said Tuesday that the agency has monitored these drugs since they were approved: eszopiclone was approved in 2004, zaleplon in 1999 and zolpidem in 1992. "We'll continue to monitor and evaluate these risks associated with insomnia medications and communicate with the public or consider further actions, as appropriate," she said.