'I’m very glad that he extended it' 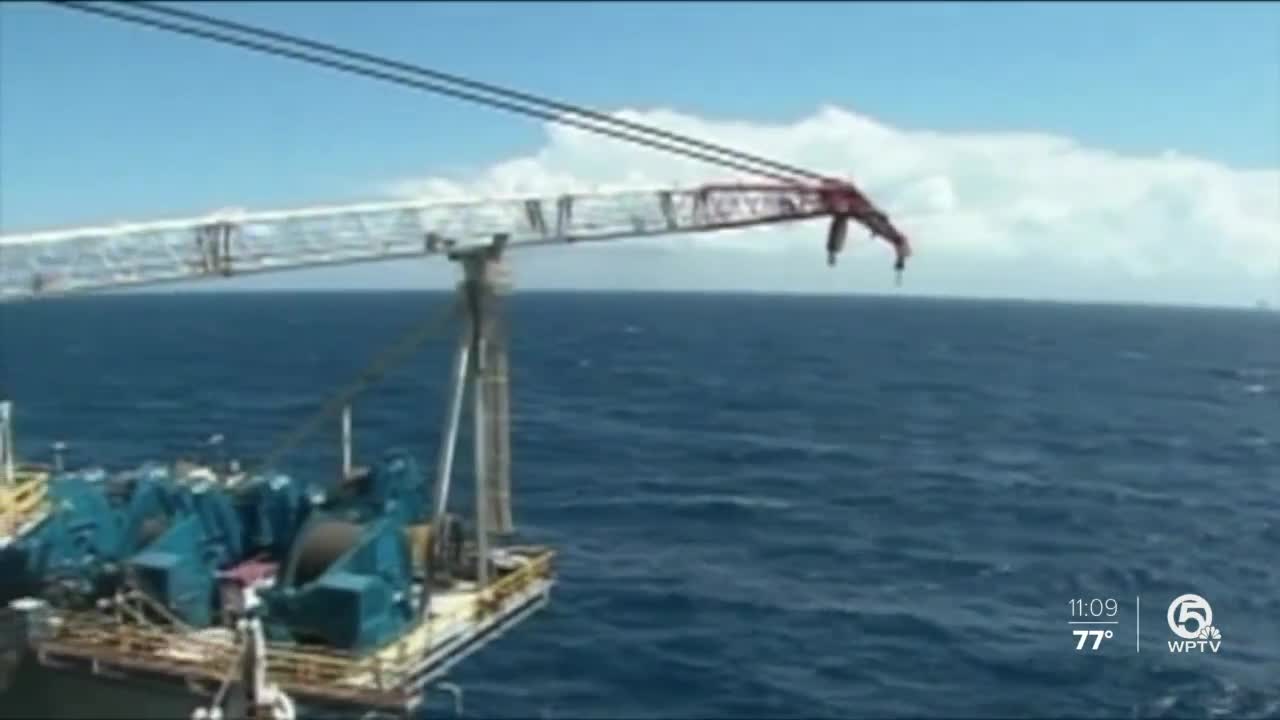 President Donald Trump signed an order Tuesday to extend the moratorium on offshore oil drilling in Florida on the Gulf Coast and expanding the temporary ban to include drilling off the east coast of Florida, Georgia, and South Carolina.

JUPITER, Fla. — President Donald Trump signed an order Tuesday to extend the moratorium on offshore oil drilling in Florida on the Gulf Coast and expanding the temporary ban to include drilling off the east coast of Florida, Georgia, and South Carolina.

The ban would have expired in 2022, but will now be extended to 2032. He made the announcement Tuesday afternoon in Jupiter.

“I’m very glad that he extended it,” said Sherry Plymale.

Plymale, from Martin County, sat on the state’s Constitutional Revision Committee in 2017. The CRC consists of 37 members appointed by state leaders including the Florida Governor, Senate President, Speaker of the Florida House of Representatives, Chief Justice, and Attorney General. The appointees meet only once every 20 years to consider revisions to the state’s constitution.

During the year the CRC convened in 2017, Plymale said offshore drilling in state waters became a highly supported topic. Through a proposal by former Sewall’s Point Mayor and CRC appointee Jacqui Thurlow-Lippisch, the CRC put forth a constitutional amendment, voting to add an offshore drilling ban to the state’s constitution. Thurlow-Lippisch explained there had been a ban in state statutes previously, but having the ban in the constitution removed any expiration date, bringing the ban into perpetuity.

“We will always have the ability to fight anyone that wants to come here and drill,” Plymale said.

“When you have an oil spill, the jobs that are lost are way beyond the oil jobs. It’s the restaurants. Every part of our industry that sustains Florida is affected and affected for a long time,” Plymale said.

Trump’s announcement comes after he acted in 2018 to expand offshore drilling from the Atlantic to the Arctic Oceans.

Plymale said there is still a lot of room for more protections in the federal waters around Florida.

"I wish we could get a bill that just ended [drilling] so every couple of years this didn’t come up,” Plymale said. “There aren’t that awful many issues that do get bipartisan support, but this is one of them at least in Florida,” Plymale said.