Tracking your ballot: How quickly will vote be counted once elections office receives it? 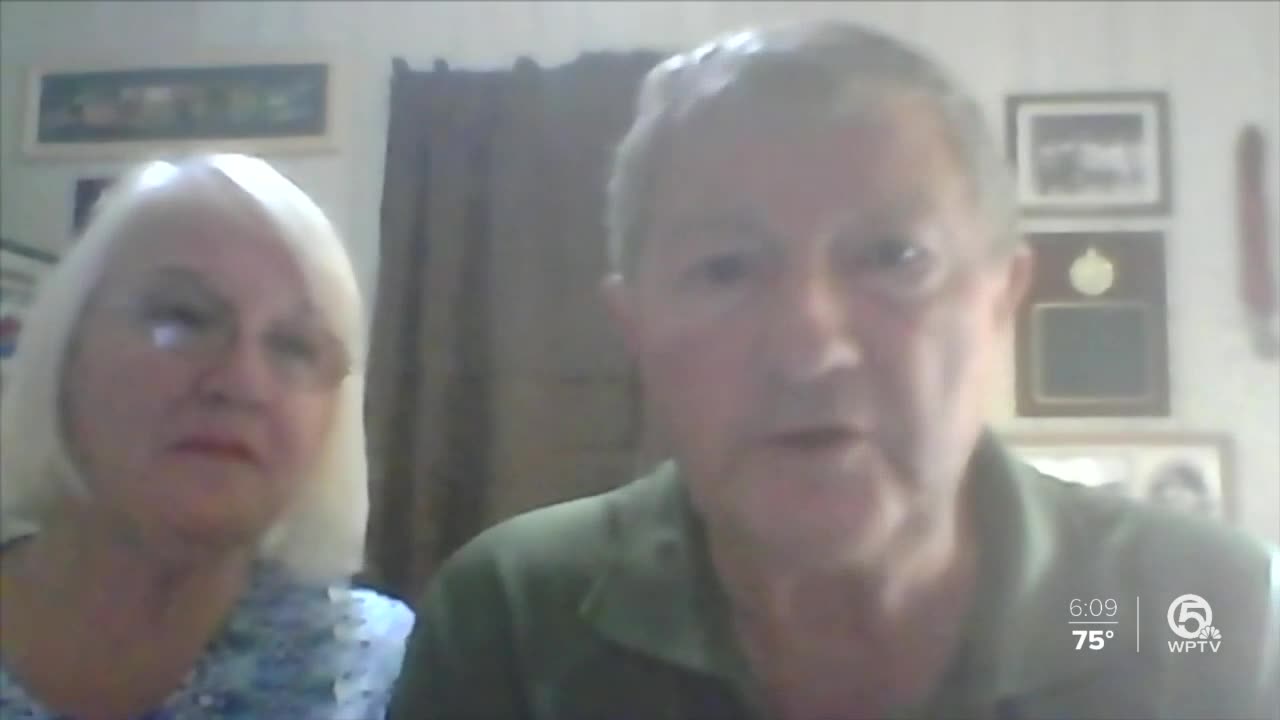 Richard Schmidt of Belle Glade says he was told he couldn’t vote on the first day of early voting because he had a mail in ballot that was returned to sender. 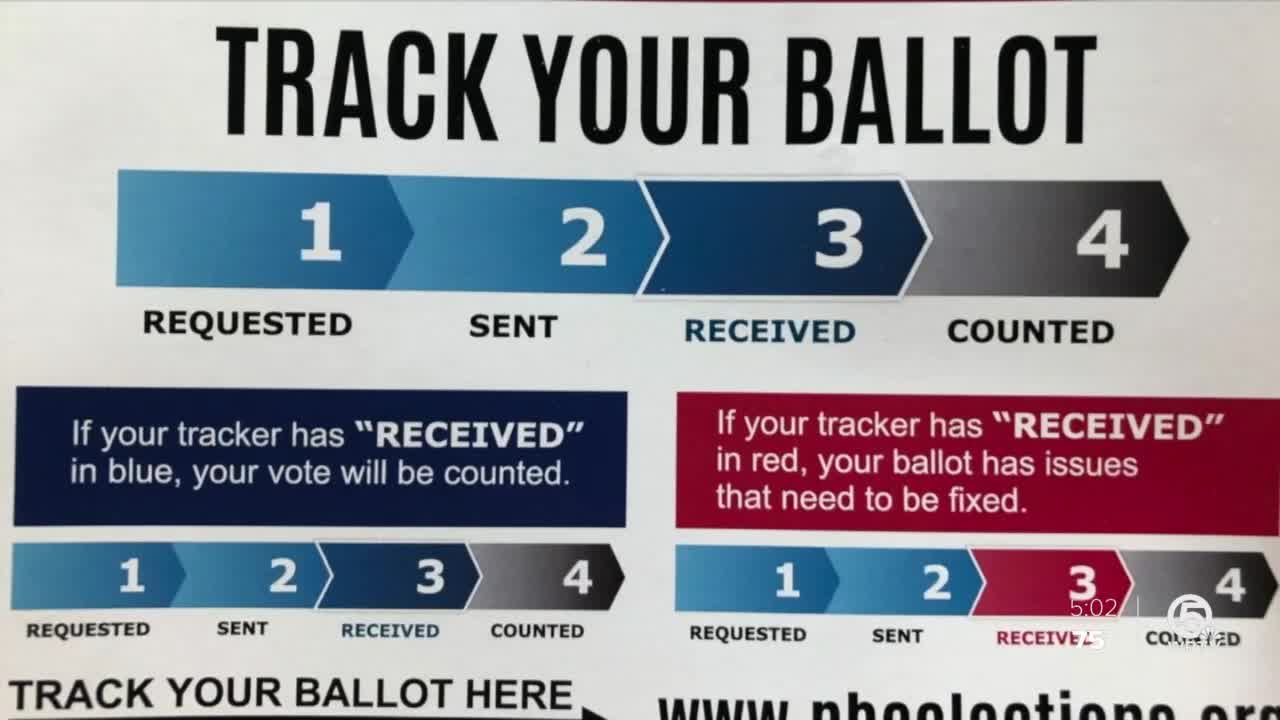 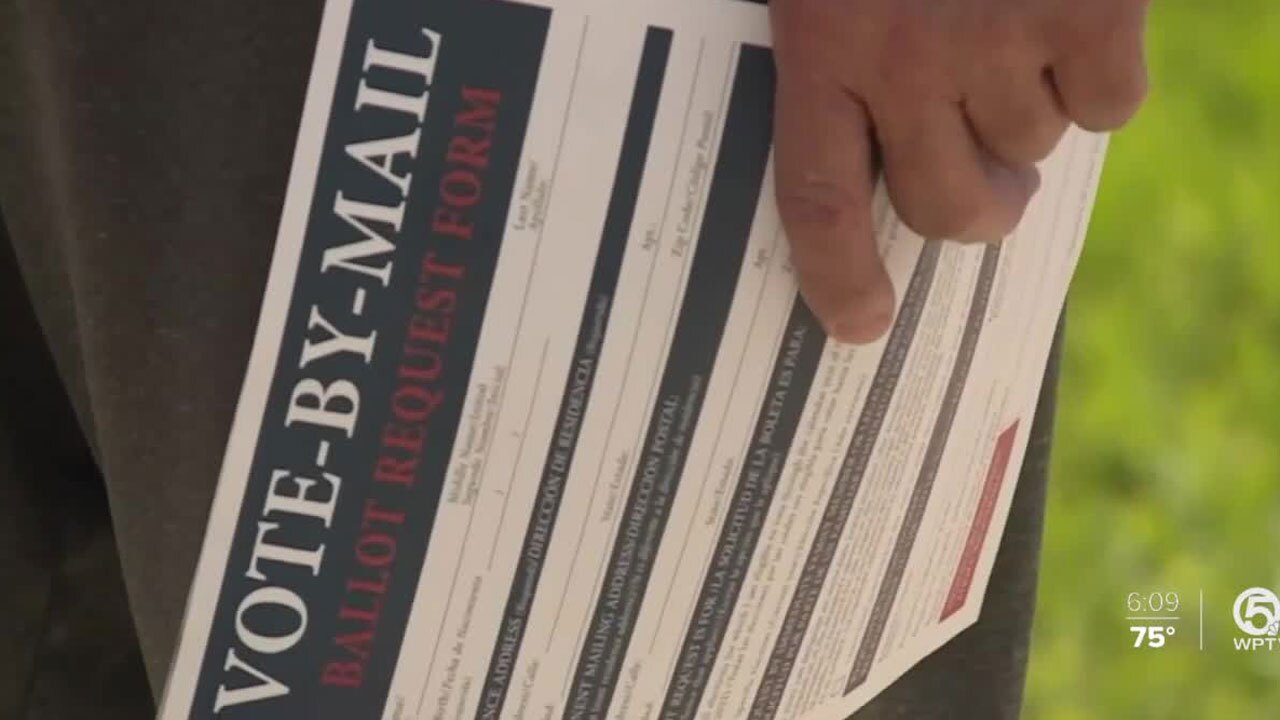 WEST PALM BEACH, Fla. — The votes keep rolling in both with early in-person voting and mail-in ballots. Some voters say they are concerned about making sure their ballot is counted.

All Gina Galpern of Boca Raton wants is for her vote to be counted.

She said her mail-in ballot was sent in and received by the elections office Oct. 3. She said the status tab on the elections site made her wonder and worry.

"I'm concerned, and I wanted to get in touch with (WPTV) to take it further if need be," Galpern said.

Palm Beach County does not list mail ballots as counted until Election Day, even though the ballots are tabulated as they come in. The results are not released until the polls close Nov. 3.

The supervisor of elections said Galpern's ballot, and all the other 270,000 mail-in ballots returned so far, will be counted and posted on Election Day.

RELATED: Here's how to check if your vote counted in Florida

In Belle Glade, Richard Schmidt said he was told he couldn't vote on the first day of early voting because he had a mail-in ballot that was returned to the sender.

"First of all, I don't know why I got a mail-in to start with," Schmidt said

Supervisor of Elections Wendy Sartory Link said that ballots cannot be forwarded to another address under Florida law mail-in.

So, while Schmidt was at his summer home in North Dakota, his ballot went back to the elections office, and his status was flagged.

The supervisor said the issue is now cleared up, and Schmidt's vote will count.

After the initial surge of mail-in ballots, voters were out again, braving a third day in the rain for early voting in Palm Beach County.

Voters were waiting for about 45 minutes at an early-polling site in Lantana.

All of this has made Galpern think twice about how she will vote next time.

"All the people that are voting today, let's say, they know their vote counted because they see when they put the paperwork in to the computer that it's counted," Galpern said.

Early voting is off to a fast start in Florida. More than 45,000 early votes have been cast in palm beach county in person. Statewide, more than 700,000 people have voted early since Monday.