Republican incumbent, Democratic nominee to face off Monday at 7 p.m. 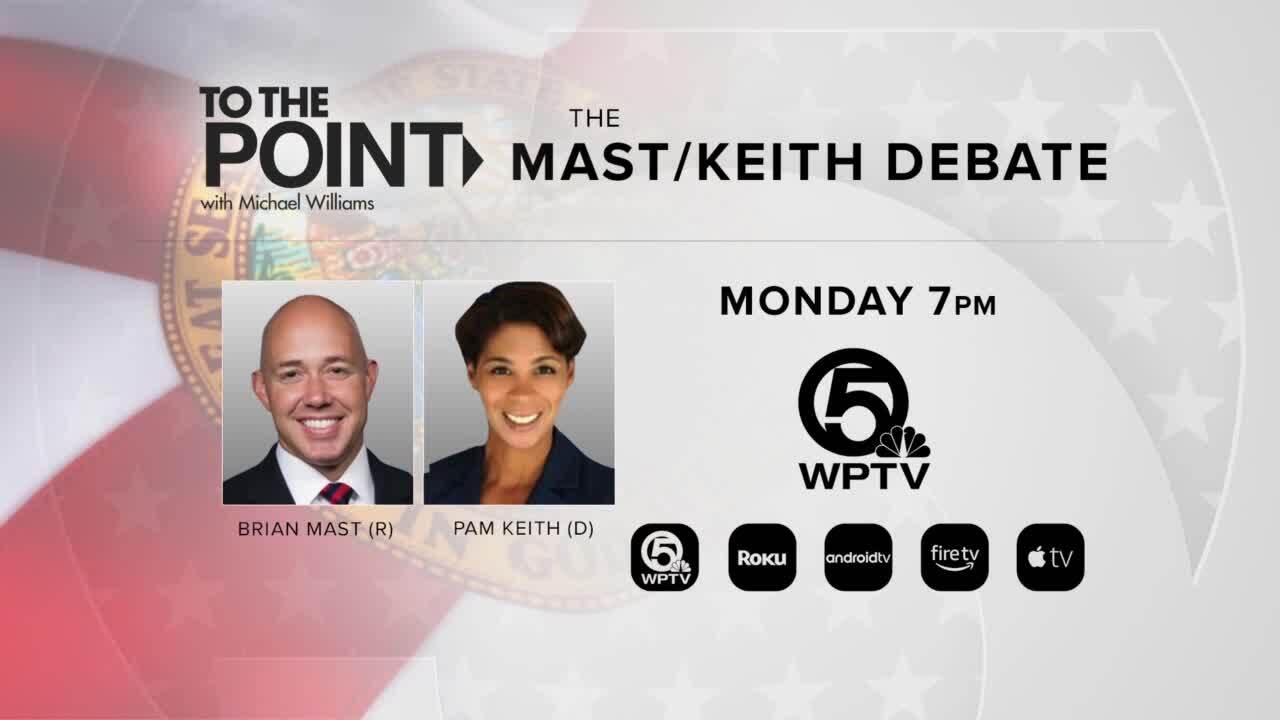 WEST PALM BEACH, Fla. — A contentious race for a coveted South Florida congressional seat will be at the forefront Monday night.

U.S. Rep. Brian Mast, the Republican incumbent in Florida's congressional District 18, will face off against Democratic challenger Pam Keith during a live debate on WPTV.

WPTV anchor and "To the Point" host Michael Williams will moderate the debate.

Mast, who represents the northern portion of Palm Beach County, as well as St. Lucie and Martin counties, recently made headlines after it was revealed that he joked about rape and referenced sex with 15-year-old girls in an old Facebook comment to a friend.

The U.S. Army veteran apologized for his "vile" and "disgusting" comments during an interview with Williams in August, but he has resisted calls to resign and went on to say that he has "grown" since his days serving in the Army.

Mast lost both of his legs and a finger to an improvised explosive device while serving in Afghanistan in 2010.

Keith is also a veteran, having served in the U.S. Navy. The former JAG officer moved to Florida in 2011 to become in-house legal counsel for Florida Power & Light. She condemned the congressman's remarks on Twitter, calling them "disgusting, unacceptable and dishonorable."

Disgusting, unacceptable and dishonorable. @BrianMastFL comments about rape, violence, and intimidation of women and children are not a punchline. His words are an insult and betrayal to the women he claims to represent. https://t.co/tGv9XHNkUQ

Watch the debate live Monday at 7 p.m. on WPTV, the mobile app and your favorite streaming devices.